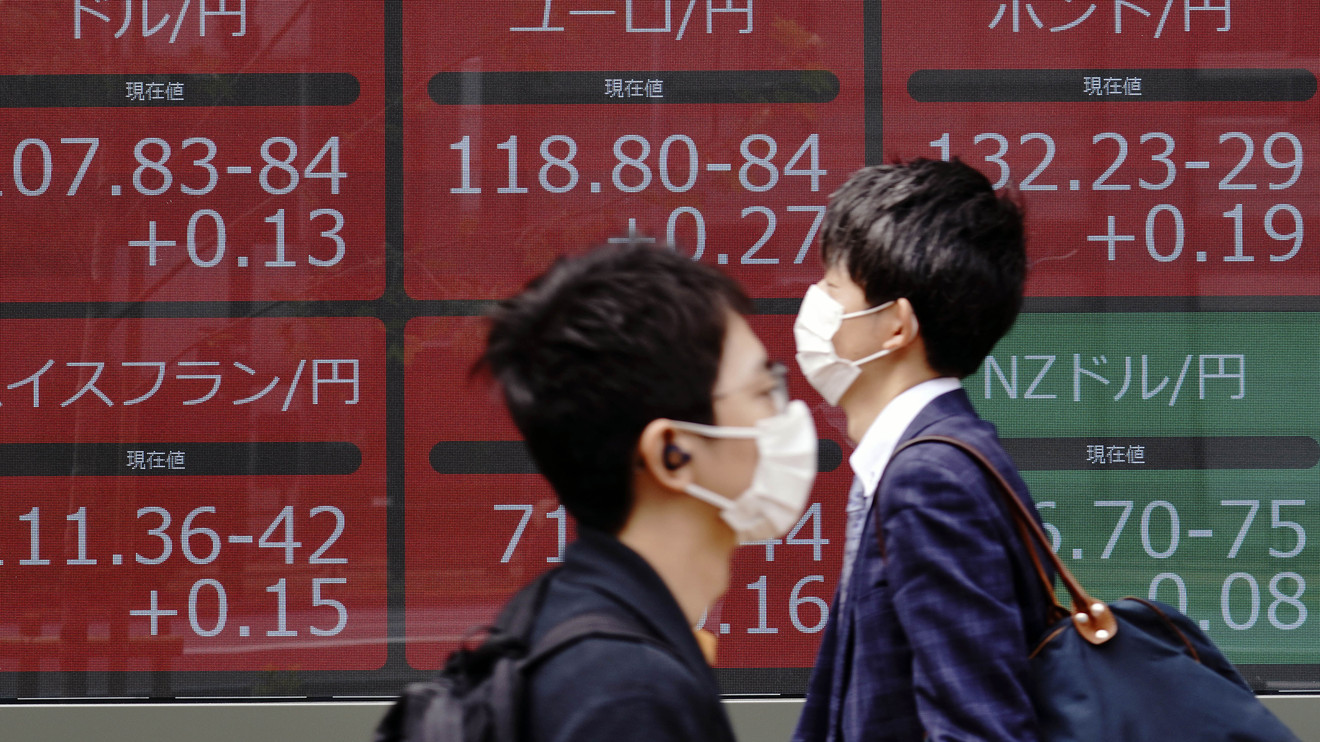 BANGKOK (AP) — Asian stocks were mixed after an upbeat open on Thursday, as investors pinned their hopes on an economic rebound from the coronavirus crisis.

Shares rose in Tokyo and Sydney, but fell in China and Hong Kong, where tensions are flaring over Beijing’s effort to exert more control over the former British colony.

The most recent developments are another thorn in a relationship already testy over China’s handling of the early stages of the coronavirus outbreaks and over longstanding trade and other antagonisms.

Two pro-democracy lawmakers were ejected from Hong Kong’s legislative chamber Thursday morning, at the start of a second day of debate on a contentious bill that would criminalize insulting or abusing the Chinese national anthem.

On Wednesday, U.S. Secretary of State Mike Pompeo told Congress the Trump administration no longer regards Hong Kong as autonomous from mainland China. That sets the stage for the U.S. to withdraw the preferential trade and financial status Hong Kong has held since it reverted to Chinese rule 23 years ago.

While Hong Kong’s role as regional trading center and financial hub has been to a large extent sidelined by developments on the Chinese mainland, removing its special status would be a huge blow to businesses located in the city because of its independent financial and legal systems.

With U.S. Commerce Secretary Wilbur Ross saying President Donald Trump has a “’whole menu’ of options, the market is on edge to hear exactly what those measures are, and how China absorbs them,” Chris Weston of Pepperstone said in a commentary.

“This is a risk for markets and the situation is clearly fluid — one questions if the equity markets are too complacent here?” Weston said.

But South Korean shares declined after health authorities reported 79 new cases of coronavirus in the latest setback for the country’s recovery from the pandemic. The Kospi 180721, -0.36% lost 0.4%.

Many, at least 69 infections so far, were linked to workers at a massive warehouse operated by local e-commerce giant Coupang. Health authorities say the company likely didn’t enforce preventive measures such as masks at the facility in Bucheon, near Seoul, and may have had employees working even when sick.

That news undid any boost from the South Korean central bank’s decision to lower its policy rate to an all-time low of 0.5% to soften the pandemic’s shock to the country’s trade-dependent economy.

The Bank of Korea has said the economy may shrink for the first time in 22 years. Its rate cut followed another two months ago, which was its first since 2008.

U.S. shares advanced overnight, with the S&P 500 SPX, +1.48% closing over 3,000 points for the first time since early March. Financial, industrial, department store chains and health care stocks accounted for a big slice of the gains.

The movements followed up on strong gains in Europe, where authorities proposed a 750 billion euro ($825 billion) recovery fund to help carry the region through the recession caused by the response to the coronavirus pandemic.

“A steady stream of economic revival indications underpinned the latest rally on Wall Street, inducing the market to brush aside simmering tensions between the U.S. and China,” Jingyi Pan of IG said in a commentary.

Some big technology companies that had been stalwarts during the market’s sell-off took a step back Wednesday, which kept the market’s gains in check in the early going. Microsoft MSFT, +0.13% bounced back from a loss to finish with a gain of 0.1%, but Amazon AMZN, -0.47% fell 0.5% and Nvidia NVDA, -2.20% dropped 2.2%. All three remain up at least 15% for the year so far.

The S&P 500 is now down only 10.3% from its record high in February, before it plunged nearly 34% in March on sell-offs propelled by worries over the coming recession.

Gains first driven by massive stimulus from the Federal Reserve and Capitol Hill have accelerated recently on hopes growth will revive as governments ease up on business-shutdown orders meant to slow the spread of the coronavirus.