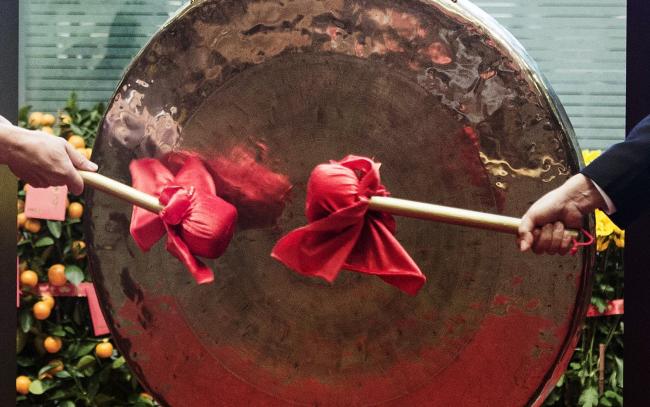 Seen as one of the potential big winners from a bill last week by the U.S. Senate to limit listings of Chinese companies, Hong Kong Exchanges & Clearing Ltd. now faces what could be an even more rocky year than 2019, when political unrest cooled trading and brought revenue growth to a near standstill.

The bourse’s shares on Friday had their biggest tumble in a year as investors absorbed Beijing’s proposal to impose security legislation on the semi-autonomous city. Besides potentially sparking more protests, the bill raises uncertainty over the city’s status as a financial hub, stirring doubts about the prospects of foreign investments and fears of capital flight.

The planned crackdown adds peril for Chief Executive Officer Charles Li’s vision for the exchange to become a gateway to China, just as his plan was starting to gain momentum. Li has pushed through a number of changes to lure more of China’s corporate giants to list in the city, away from New York. The U.S. Senate bill unveiled last week was seen as adding further momentum to the push.

Before Friday “it was clear that the U.S.-listed Chinese companies could come back and raise funds in Hong Kong,” said Castor Pang, head of research at Core Pacific-Yamaichi International Hong Kong. “Now frankly no one can be so sure.”

Reforms over the past years have allowed the exchange to attract Chinese tech behemoth Alibaba (NYSE:BABA) Holdings Inc. to do a $13 billion dual listing last year. Companies such as JD (NASDAQ:JD).com Inc. and NetEase (NASDAQ:NTES) Inc. are planning to follow suit next month.

Further optimism was stoked last week by changes to the city’s benchmark Hang Seng index to include China’s corporate giants and a move by Nasdaq Inc. to clamp down on Chinese listings.

The big question now is over the fallout of the Chinese security bill, in particular if it will impact the movement of capital, and any potential U.S. blow back.

President Donald Trump said Thursday that the U.S. will “address very strongly” any crackdown, while two senators proposed a bill that would sanction enforcers of the proposed law. The U.S. has also delayed an annual report on Hong Kong’s special status, further threatening the city’s economy.

Hong Kong is for now still seen as largely insulated from the U.S.-China turmoil and has the proper legal framework to protect investors’ rights, said Louis Tse, a Hong Kong-based managing director of VC Brokerage Ltd. Maintaining that confidence will be key since the bourse will need major institutional investors in Europe and the U.S. to take part in big IPOs returning from New York, Tse said.

“There will be measures to soothe the harm done to the Hong Kong market,” he said. “One doesn’t kill the goose that lays the golden eggs, right?”