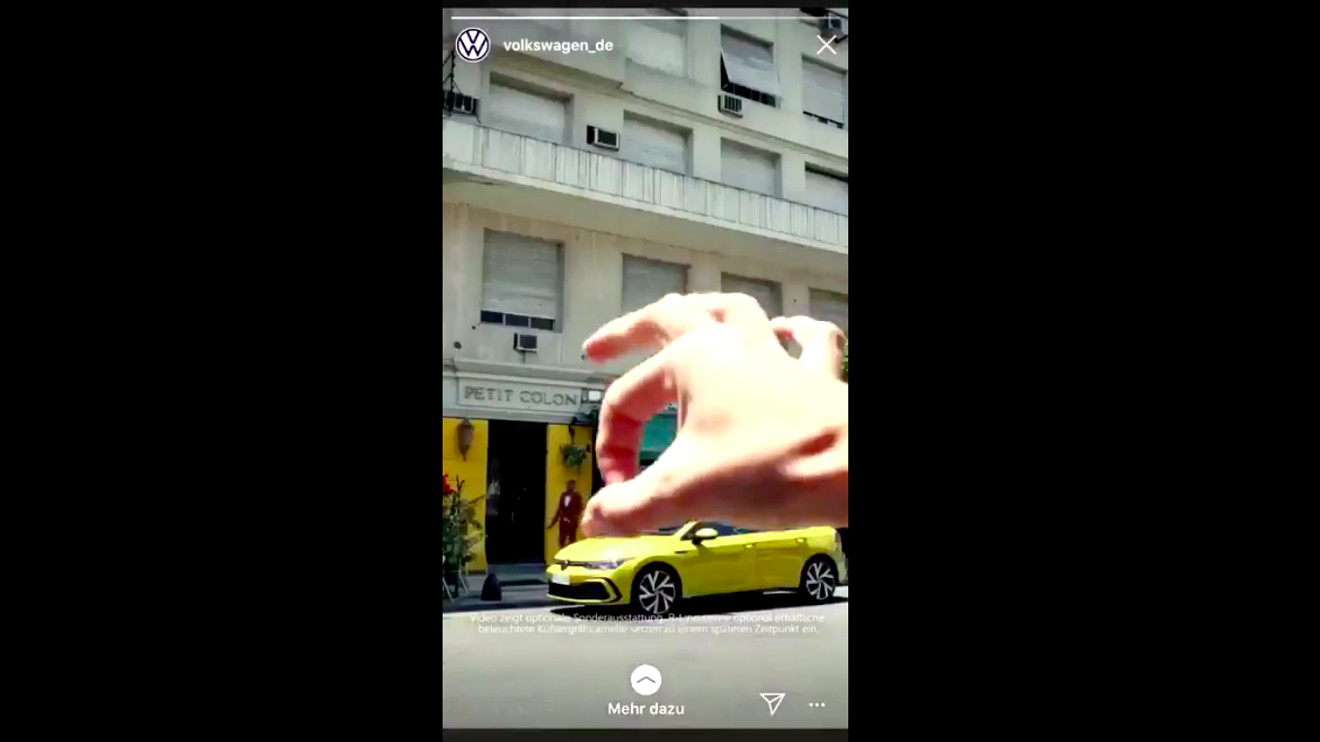 Volkswagen is shifting gears after previously defending an advertisement that it now agrees was racist.

The video posted to its German Instagram and Facebook FB, +1.52% accounts showed a pair of oversized white hands appearing to push and pull a black man away from a yellow VW Golf 8 car packed on a street. The Volkswagen VWAGY, -0.49% advert was supposed to mimic popular social media videos that show one person appearing to be controlled by another like a puppet, but something was definitely lost in translation.

What’s more, one of the white hands then flicked the black man into a cafe called “Petit Colon,” which translates into “Little Settler” from French to English, or “Little Colonist” from German to English, the BBC reported.

German television also noted that the letters that start appearing on the screen afterward first spell out “neger” — which can be used as the German equivalent of the n-word — before merging into the slogan “Der Neue Golf,” or “The New Golf.”

The online backlash was swift, with many on Twitter TWTR, +0.86% sharing saved clips and screenshots of the now-deleted ad, and calling out Volkswagen’s roots in the German Nazi party.

The German auto maker originally responded that it was “surprised and shocked that our Instagram story could be so misunderstood” on Instagram, the BBC reported. But by Wednesday, it had pulled the ad, and issued a lengthy, formal apology where it admitted the spot was racist.

“We posted a racist advertising video on Volkswagen’s Instagram channel,” the VW brand’s head of sales and marketing Jürgen Stackmann and group head of diversity Elke Heitmüller wrote in a statement posted on Twitter and shared on LinkedIn on Wednesday. “We understand the public outrage at this. Because we’re horrified, too.”

“On behalf of Volkswagen AG, we apologize to the public at large for this film,” the statement as translated by Reuters continues. “And we apologize in particular to those who feel personally hurt by the racist content because of their own history.” Here it is in full:

Volkswagen USA posted on its social media channels that the ad’s content was “unacceptable on many levels,” and that “the advertisement by our colleagues was in poor taste and not an accurate reflection of our views or values. We sincerely apologize to anyone offended and everyone who viewed.”