Home
Market
Stocks – U.S. Futures Lower as China Cracks Down on Hong Kong
Prev Article Next Article
This post was originally published on this sitehttps://i-invdn-com.akamaized.net/news/LYNXNPEC2D0AB_M.jpg 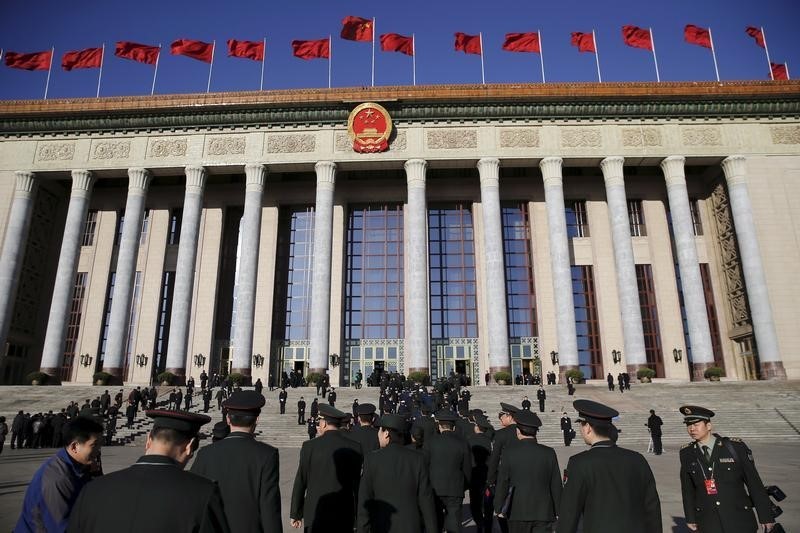 Investing.com – U.S. stocks are set to head lower Friday, as China threatened to crack down on Hong Kong’s autonomy, a move that could have significant consequences for relations between China and the West.

The decision drew a warning from President Donald Trump that Washington would react “very strongly” against the attempt to impose more control over the former British colony. The U.S. Senate piled in and introduced a bill with bipartisan support that would sanction Chinese officials – and any banks serving them – if they implement the law.

The move adds to the rapidly deteriorating relationship between the world’s two largest economies, and a serious confrontation begins to look more likely as both administrations seek to win over domestic audiences looking for someone to blame for a deterioration in living standards.

That said, losses on Wall Street aren’t seen as being too substantial Friday, kept within bounds by Senate Majority Leader Mitch McConnell’s signal on Thursday that another coronavirus relief bill may not be too far away.

“I think there’s a high likelihood that we’ll do another rescue package. … We’re not quite ready to intelligently lay down the next step, but it’s not too far off,” McConnell said during an interview with Fox News.

Harley-Davidson (NYSE:HOG) gained 3.7% premarket after announcing it was resuming production at its U.S. manufacturing plants after suspending output for about two months.

Elsewhere, oil futures slumped, weighed by China’s decision to drop its target for gross domestic product growth for the first time in three decades, casting doubt on its demand for oil.