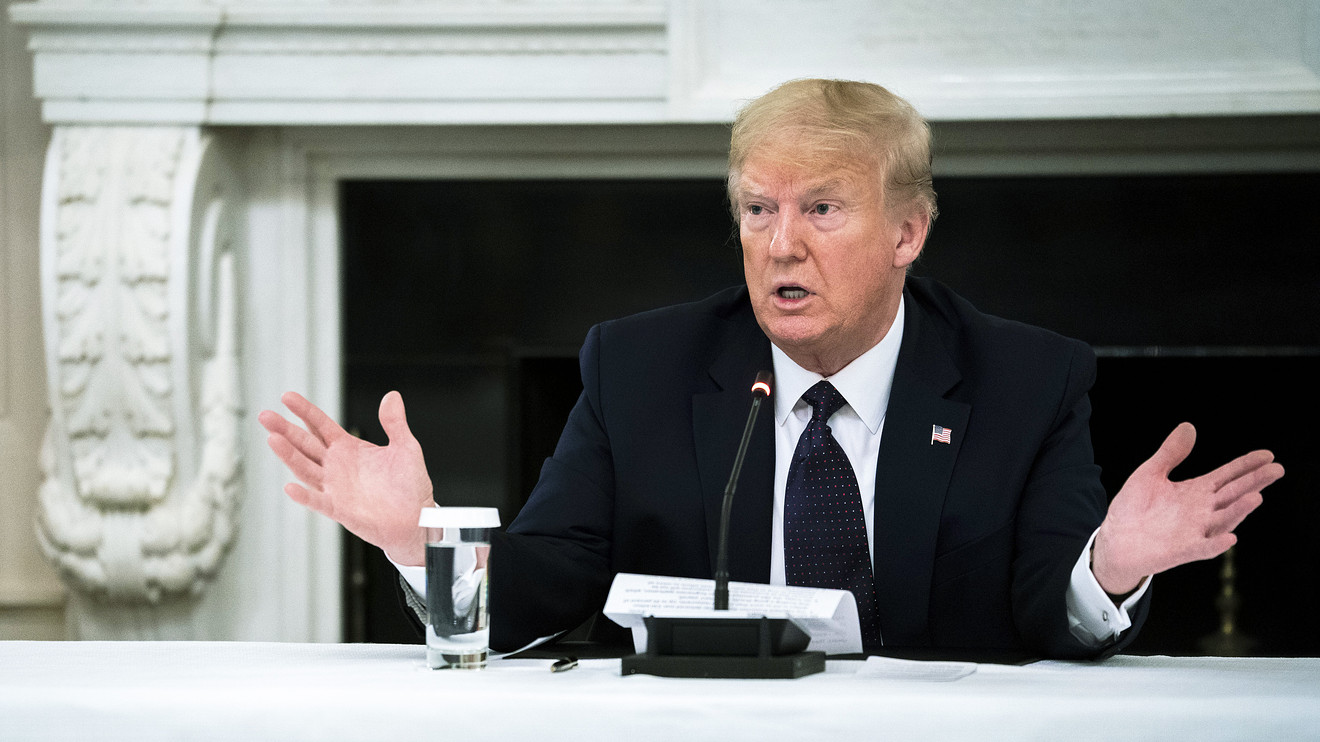 Nevada is planning an all-mail election for its June 9 primary.

As NPR pointed out, elections are run by state and local governments, so it’s unclear how Trump could legally withhold funds from the states.

Michigan Secretary of State Jocelyn Benson tweeted to Trump: “We sent applications, not ballots. Just like my GOP colleagues in Iowa, Georgia, Nebraska and West Virginia.” Trump is scheduled to visit a Ford Motor Co. F, +3.49% plant in the state on Thursday. Benson also tweeted, “Every Michigan registered voter has a right to vote by mail.”

Trump has long railed against mail-in voting, claiming it is susceptible to fraud. But experts have said fraudulent ballots are rare. Democrats, meanwhile, are supportive of mail-in voting as a way of safely casting ballots during the coronavirus pandemic.