Home
Stocks
The Margin: Shocking before-and-after photo shows what the coronavirus did to an otherwise healthy man in just 6 weeks
Prev Article Next Article
This post was originally published on this site 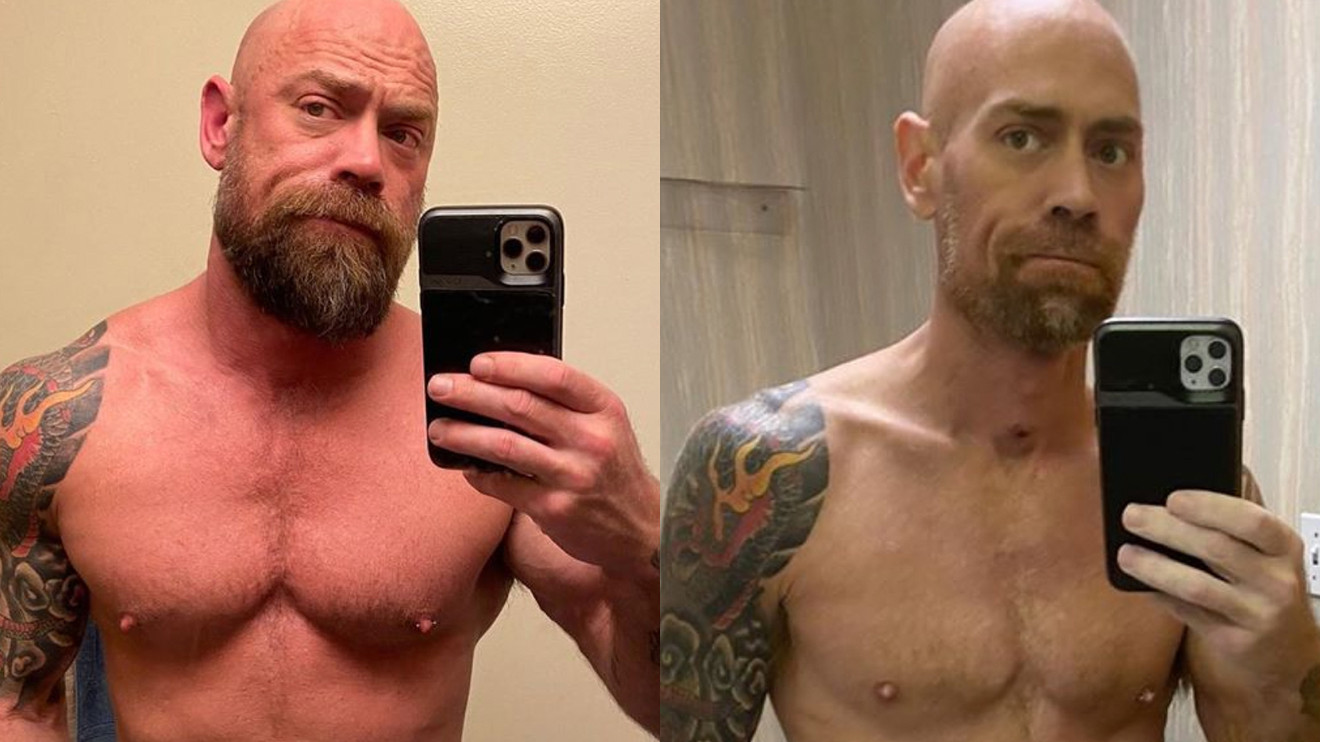 This coronavirus survivor hopes a picture is worth a thousand warnings.

San Francisco nurse Mike Schultz has gone viral for sharing a shocking before-and-after split image that shows the physical toll that the coronavirus took on his formerly healthy body.

The image on the left, taken before he was hospitalized with COVID-19, shows the ripped RN with his shirt off. Before getting sick, he told Buzzfeed News that he weighed around 190 pounds and worked out six or seven days a week. The one on the right was taken after he spent a month and a half being sedated and intubated on a ventilator. He’s almost unrecognizable in this one, and down to 140 pounds, he said.

“I wanted to show everyone how badly being sedated for 6 weeks on a ventilator or intubated can be,” Schultz, 43, wrote in an Instagram FB, +6.03% post. See it here:

Schultz told Buzzfeed that he had no underlying health conditions. So before getting sick, he didn’t think that COVID-19 was a serious risk for him, in line with early, erroneous beliefs that the novel coronavirus was sickening the elderly and those with underlying conditions, and sparing younger, healthier persons. Indeed, we know now that even young children are being afflicted by the virus and a puzzling multisystem inflammatory syndrome that appears related to the virus.

“I thought I was young enough for it not to affect me, and I know a lot of people think that,” he said.

Schultz had attended the Winter Party Festival in Miami Beach with his boyfriend, Josh Hebblethwaite, in early March. At least 38 people who attended the bash subsequently developed COVID-19, the Miami Herald reported, and three men died.

Within a few days of flying to Hebblethwaite’s home in Boston after the party, however, both men started feeling sick. Schultz’s fever spiked to 103, and he had difficulty breathing. He was admitted to the hospital in Boston on March 16, and transferred to a bigger hospital four days later. He developed pneumonia, and was sedated and intubated for four and a half weeks.

But he was so out-of-it from being sedated and intubated that, “I thought only a week had gone by” when he woke up, he said. And he was so weak at first that he couldn’t even hold his cellphone.

His recovery has been slow and steady as he works to rebuild his lung capacity to its original strength. The good news is, he revealed in another Instagram post on May 14 that he has been released after spending 57 days in the hospital, and is recovering at home with his boyfriend.

As for the viral photo he shared that was topping Reddit on Wednesday and had been “liked” more than 20,000 times on Instagram, “I wanted to show it can happen to anyone,” he said. “It doesn’t matter if you’re young or old, have preexisting conditions or not. It can affect you.”

More than 4.9 million people have tested positive for COVID-19 around the world, and at least 325,650 people have died, according to the latest data. The United States continues to have the highest case count and death toll, with 1.54 million confirmed cases and 92,387 casualties.