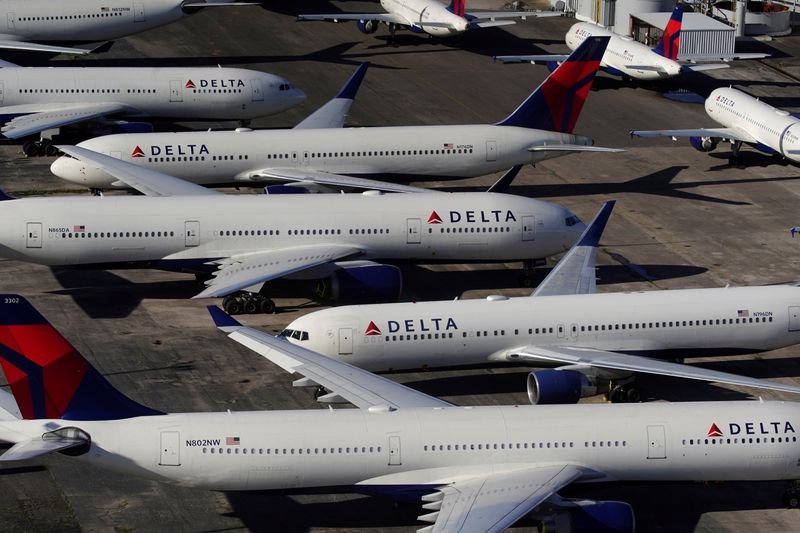 (Reuters) – Delta Air Lines Inc (N:DAL) will keep planes no more than 60% full through at least July, adding more flights to its schedule than demand would usually justify, people familiar with the matter said.

The move is part of a longer-term bet that CEO Ed Bastian highlighted to investors last month: that consumers’ perceptions of safety will be instrumental in reviving more routine travel, and that they will be willing to pay a premium for comfort.

Specific details could still change, the people said on condition of anonymity, citing the uncertain timing of a recovery from the coronavirus crisis that has decimated air travel demand.

Delta has publicly said that it will limit first class seating capacity at 50% and main cabin at 60% through June 30, and earlier announced that it was resuming some flights next month.

“We announced a policy on seating capacity through June 30. Nothing has been decided beyond that but we are continuing to monitor the situation and make adjustments as necessary,” Delta spokesman Trebor Banstetter said.

Social distancing on airplanes has become a topic of debate. The global industry’s main group IATA has said that airlines will not be able to make a profit if they limit airplanes to two-thirds of their normal capacity, unless they drastically increased airfares.

In the United States, the chairman of the U.S. House Transportation and Infrastructure Committee last week urged airlines to maintain at least one seat between all passengers and cap seating at 67% of capacity on narrow-body airplanes.

While major U.S. airlines’ middle seat policies differ, they all require passengers to wear facial coverings, and they have all slashed their flying schedules by as much as 90% in an effort to stem a cash bleed amid withering demand.

Still, Bastian said on a quarterly investor call that fewer airplanes in the skies could be an “opportunity for us to focus more on a more premium experience.”

Industrywide, U.S. airline load factors have recently been about 33%, with some airlines reporting load factors in the 40% range as passenger traffic inches off historic lows. But it is still down about 90% over 2019 levels.

Adding more flights could bring in more revenues but also costs. Delta, which does not expect air travel to recover for two or three years, has said it aims to halve its daily cash burn to $50 million in June.

In an effort to reassure passengers, U.S. airlines have also intensified cabin cleaning protocols, in many cases using electrostatic cleaning and fogging procedures. They have also endorsed temperature screenings by the U.S. Transportation Security Administration (TSA), though this has yet to be implemented.