Home
Stocks
Mozart is the new Kanye — and other surprising book, movie and music trends during the age of coronavirus
Prev Article Next Article
This post was originally published on this site

One might think in such a dark time where nearly 300,000 lives have been lost worldwide due to coronavirus and more than 33 million Americans are out of work, some comic relief would be welcomed with open arms.

They’re also listening to more Mozart and other classical music and Louis Armstrong than mainstream artists like Kanye West and Billie Eilish, according to data from TasteDive, a recommendation engine.

“ ‘The fact that people aren’t going out makes them more introspective. Hearing music about going out and having fun isn’t exactly the tenor of the times.’ ”

Since shelter in place orders were enacted in early March, interest in classical music has gone up by nearly 13% compared to the same time last year. Meanwhile, dance and electronica music dropped by almost 20%, TasteDive found.

Based on recommendations made to over 80 million users, TasteDive compared traffic driven to sites to purchase books, watch films or listen to music during this time and compared it to the exact time last year. (The report does not take into account new shows like Tiger King which were not around last year.)

“This speaks to tremendous anxiety in the world right now as people are adapting to a new lifestyle,” said Alex Elias, founder and CEO of Qloo, a company that specializes in making entertainment recommendations using artificial intelligence. Qloo, which acquired TasteDive last year receives funding from celebrities like Leonardo DiCaprio and Elton John.

“The fact that people aren’t going out makes them more introspective,” Elias said. “Hearing music about going out and having fun isn’t exactly the tenor of the times.” Meanwhile, classical music “is more enduring and calming.”

Don’t miss: These are the streaming services worth your money in May 2020

When it comes to television shows and movies, Elias suspects that consumers are being drawn to heavier dramas over comedies because they are looking for something that they can escape to for a longer period of time. “Unlike a two-hour flight, we don’t really know how long we’re going to have to be practicing social distancing for.”

Sales of books within the genre are up 32% year-to-date, according to NPD BookScan, a weekly report on book-purchasing trends. This past week, the most popular fiction book purchased was “Camino Winds,” a fictional murder mystery by John Grisham that takes place during a hurricane in Florida.

“For many right-wing Americans who feel like their liberties are being taken away from them — they feel like should read up more on the Constitution,” McConnehey said.

Sales of three books written by Paul Skousen, a former CIA analyst, published by Izzard are all up 25% this past month compared to last year. 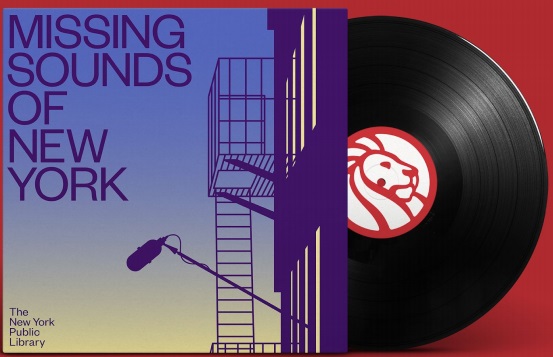 New Yorkers have also been listening to “Missing Sounds of New York,” a collection of audio from the subway to night clubs before coronavirus, produced by the New York Public Library in partnership with creative agency Mother New York.

But in New York City, the nation’s epicenter of the virus, Michelle Obama’s autobiography, “Becoming,” has gotten the most reads during quarantine, according to data from The New York Public Library. The book is also the fifth best-seller on Amazon AMZN, +0.46% and a TV series based on the book was recently released on Netflix.

While New Yorkers cannot visit their local libraries in person they’re able to checkout e-books online for free with a library card.

Other books they’re reading include: “Educated,” a memoir by Tara Westover, “The Dutch House” by Ann Patchett, and “The Handmaid’s Tale” by Margaret Atwood.

New Yorkers have also been listening to “Missing Sounds of New York,” a collection of audio from the subway to night clubs before coronavirus, produced by the New York Public Library in partnership with creative agency Mother New York.

As of Wednesday, the album has been streamed more than 250,000 times on platforms like Spotify SPOT, -3.22% and Apple Music.

“Hearing sounds that were once so commonplace, that are so familiar, has proven to be a soothing, calming, cathartic experience for many,” said Carrie Welch, the library’s chief of external relations. “We are hearing that it’s helping people sleep for this reason.”

Welch said she got emotional when she first listened to the tracks, but ultimately found the experience “very calming.” She added, “It’s clear that New Yorkers want to feel connected to the city they know and love, and we’re very pleased we could help with that.”