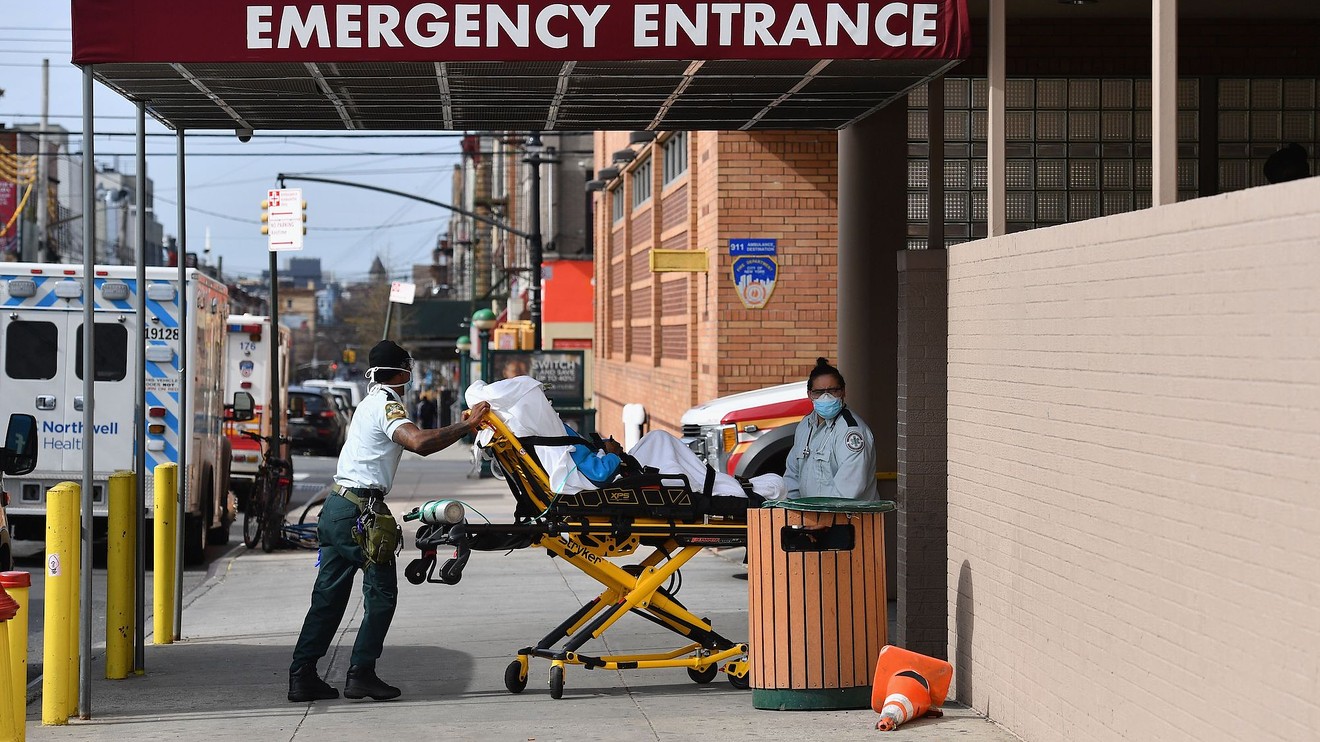 They aren’t frontline workers. They aren’t riding New York City subways. They aren’t stuck in jails or homeless shelters or other congregate facilities where the disease could spread easily.

The vast majority of New Yorkers still walking into hospitals with COVID-19 have been sheltering at home and avoiding mass transit. Very few were even traveling on foot or in their own cars on a daily basis, according to a survey of new patients from over 100 hospitals across the state over a three-day span. Of those surveyed, 66% were at home before entering the hospital.

Gov. Andrew Cuomo, who presented the preliminary findings on Wednesday, said they underscore the need for people to double-down on protecting themselves and their families with things like masks, hand washing and staying away from the most vulnerable.

“We were thinking that maybe we were going to find a higher percentage of essential employees were getting sick because they were going to work. That this maybe was nurses, doctors, transit workers—that’s not the case,” Cuomo said. Some 83% of new patients are out of work or retired, and aren’t even leaving their home on a daily basis.

“This is a surprise. Overwhelmingly, the people were at home,” he added.

Cuomo announced over the weekend that hospitals would start collecting additional data about incoming COVID-19 patients, the number of which has declined but not as steeply as hoped. Health-care facilities statewide confirmed 600 new coronavirus patients on Tuesday, down from the more than 3,000 daily hospitalizations recorded at the outbreak’s peak in early April.

The persistent spread of the disease prompted questions about who — such as medical staff, inmates or nursing home residents — needed better protecting.

But that largely wasn’t the case. Of the 1,270 new patients surveyed, 18% were from nursing homes across New York state, 4% were from assisted living facilities, 2% were homeless and less than 1% were from prisons or jails. Two in three people coming into hospitals with the virus were simply at home, Cuomo said.

On top of that, only 4% of those newly infected said they took public transportation on a daily basis.

Also on MarketWatch: Economic expert with perfect record calling recessions is betting this one will be over by the end of 2020

Most new cases are happening downstate, which has been the epicenter of the outbreak since the beginning. More than half of all the new COVID patients were from New York City, including 21% from Manhattan; 18% were from Long Island and 11% from Westchester and Rockland counties, both directly north of the city.

Another unsurprising statistic is that 96% of those hospitalized in recent days have underlying health issues, things like cancer, asthma and diabetes, that can make COVID-19 more severe. Three in four new patients were 51 or older.

See: The science behind why older immune systems are more vulnerable to COVID-19

“That whole vulnerable population being old — well old is now 51 and up, so think about that,” Cuomo said, adding that he felt particularly sensitive about that stat.

The takeaway, however, is that people need to be even more vigilant about protecting themselves and others.

Inflammatory Disease: The New York State Department of Health has issued an advisory to health-care providers about an inflammatory disease affecting children that is thought to be linked to COVID-19. As of Tuesday, 64 potential cases of “Pediatric Multi-System Inflammatory Syndrome Associated with COVID-19” have been reported in the state.

Fatalities: Coronavirus resulted in the deaths of 232 New Yorkers on Tuesday alone. Though far lower than April’s peak of 799 deaths in a single day, the total has inched up marginally for two consecutive days, from 226 on Sunday and from 230 on Monday. The total number of fatalities in New York state stands at 19,645.