Home
Market
Fed Is Propping Up Companies It Had Warned Banks Not to Touch
Prev Article Next Article
This post was originally published on this sitehttps://d1-invdn-com.akamaized.net/content/pic74bd6969bd8676ded3501300b78d6eb6.jpg 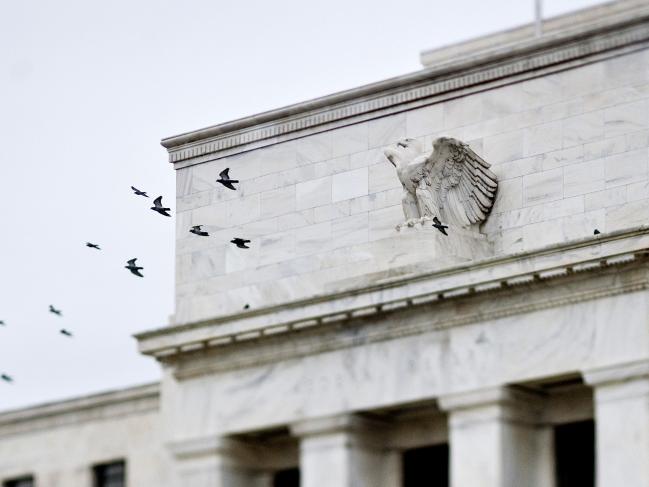 But now, in its latest effort to keep credit flowing, the Fed has done a remarkable about-face. It essentially endorsed the dubious practice with a program that may serve to bail out some of America’s most leveraged companies.

The Fed move “rewards the worst abusers,” said Mark Carey, a former Fed official and co-president of GARP Risk Institute, the research arm of an association of risk managers. “People will see this as a backstop and in the future they will be encouraged to take on really high leverage.”

The reversal came in the Fed’s announcement last week to expand its Main Street Lending Program to allow more small and medium-sized businesses to qualify for as much as $600 billion in loans. That was widely applauded. But less noticed was a provision that allows companies that had used the widely-abused accounting techniques in the past to seek the loans.

At issue is the trend among many leveraged companies to “adjust” a key measure of their results — known as earnings before interest, taxes, depreciation and amortization, or Ebitda — to make them appear more creditworthy. After intense lobbying by business groups, the Fed has now said those adjusted earnings can be used for the Main Street lending program, rather than those under generally accepted accounting standards.

The ability of companies to goose projections, like counting expected savings from a cost-cutting program, is generally legal and an accepted practice. But it can distort the lending process and raises questions about their ability to repay loans. That’s especially crucial now. Unlike the government’s Paycheck Protection Program to help small businesses, the Main Street loans are required to be paid back.

The Fed included some guardrails in the program to limit losses. The banks that originate the loans are to have skin-in-the-game by holding between 5% to 15% of the loan amount. And loans for part of the facility must have ratings that could exclude the most aggressive debt.

Carey and others also note that the Fed’s motivation — to lend support to even more businesses and to prevent widespread waves of bankruptcy from further hobbling the economy — is understandable. But they also worry about the message it’s sending to companies and lenders, that the central bank will bail them out regardless of how egregious their actions, a concept known as moral hazard.

“As the Fed issues alarms about certain assets going forward, it raises the question whether private sector participants will listen to it,” said Nathan Sheets, chief economist at PGIM Fixed Income.

The Fed’s historic action, lending directly for the first time since Word War II, came after Congress set aside capital to to support lending to smaller businesses. The first announcement, on March 23, allowed companies with high-yield bonds or leveraged loans to participate as well. In weighing their credit strength, the Fed said that it would consider their Ebitda. But the market was left confused by whether that meant adjusted or standard Ebitda.

The latest statement on April 30 clarified what the Fed meant: Adjusted would be accepted.

That marks a stark contrast with a series of Fed warnings going back to 2013 aimed at reining in risky lending practices. A Fed official in 2018 noted “material loosening of terms and weaknesses in risk management,” particularly in adjustments to Ebitda.

“The presence of these practices, especially without the appropriate controls, may lead to safety and soundness concerns,” Todd Vermilyea, a senior Fed official, said in a speech.

And two years before that, Fed bank supervisors cautioned Goldman Sachs Group Inc (NYSE:GS). over risk to a debt deal it arranged to fund a $4 billion buyout of Ultimate Fighting Championship, according to people familiar with the matter at the time. Regulators were concerned about UFC’s use of accounting adjustments that more than doubled its Ebitda projections.

That was just one of many changes to Ebitda that have flared into a serious and pervasive problem in recent years, regulators and market players have said. These adjustments, known as add-backs in accounting lingo, increased from an average 9% at the start of 2015 to well north of 20% in 2019 for merger-related leveraged loan issuance, according to research firm Covenant Review.

Inflating Ebitda can help an indebted company borrow more, and in the process distort the loan-to-value ratio that guides the $2.9 trillion market for junk bonds and loans in the U.S. and Europe.

To see how adjustments affect creditworthiness, loans involved with mergers and acquisition last year had debt loads that were 5.5 times its Ebitda. But take out the adjustments and that ratio jumps to an extremely high 7.5 times, according to Covenant Review.

The new Fed lending facility says debt can be no more than 6 times earnings to be eligible for two of the programs.

“We foresee the ability for companies which are far more levered than 6 times to take advantage of the program given the creative adjustments to Ebitda often marketed,” he said.