Home
Market
Bank of China Tells Investors It Will Absorb Some Oil Losses
Prev Article Next Article
This post was originally published on this sitehttps://i-invdn-com.akamaized.net/news/LYNXNPEC3A0AP_M.jpg 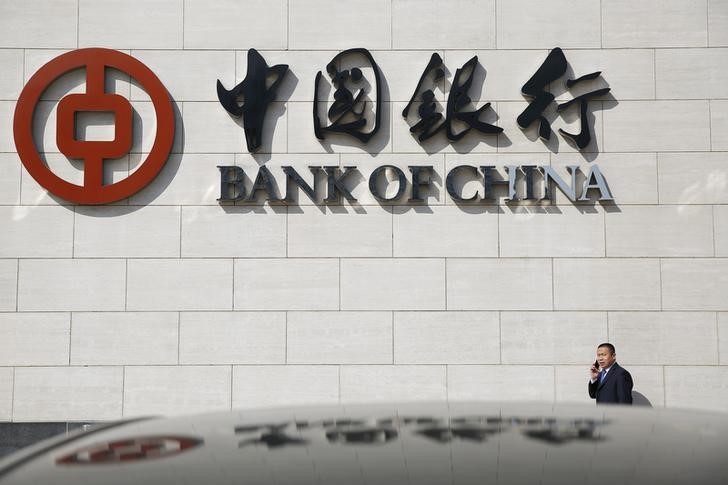 Bank of China (OTC:BACHY) Ltd. told clients it’s willing to shoulder part of the $1 billion loss suffered by thousands of retail investors after a product linked to the price of oil collapsed last month.

China’s fourth-largest bank by market value dropped a claim to seek additional payments from clients to cover losses from its settlement of an investment product at a price below zero, mirroring a collapse in an oil futures contract, according to four retail investors who received phone calls from the lender this week. The bank will also return 20% of the initial investment to some clients, they said.

The proposal came after Chinese regulators pressured the lender to absorb some of the losses amid a public uproar and as other banks halted sales of similar commodity-linked investment products. The turmoil even reached the highest level of government, with Vice Premier Liu He on Monday issuing a statement calling on banks to strengthen controls over such products and protect investors.

Bank of China’s “Crude Oil Treasure” product had attracted thousands of retail investors seeking to speculate on West Texas Intermediate crude futures. The product collapsed on April 20, when the price of the May futures contract plummeted to a record minus $37.63 a barrel, not only wiping out bullish bets but also leaving some clients owing the bank money.

Bank of China declined to comment when reached on a public holiday in China. The Chinese retail investors interviewed by Bloomberg asked not to be identified because the matter is private and sensitive.

The Beijing-based lender said on April 24 that about 46% of the investors had liquidated their positions on April 20, while the remaining chose to either roll over their positions or settle at the expiration, including both long and short positions. The bank also said it will fully review its product design, risk control and related procedures and take responsibilities within the legal framework and make the best effort to safeguard clients’ interests.

The turmoil is drawing further attention to China’s $3 trillion industry for bank wealth products, which invest in everything from bonds and stocks to foreign exchange and commodities. They have become key building blocks of a shadow-banking system that exists largely off banks’ balance sheets.

The possible partial bailout also underscores the challenge to regulators, who have been trying to do away with the implicit guarantees often offered by banks and to instill more risk awareness among millions of retail investors. When wealth products struggle to meet their return targets in China, lenders that distribute them often make up the shortfall to protect their reputation and maintain social stability.

Bank of China hasn’t disclosed the size or performance of “Crude Oil Treasure” since launching the product in January 2018.

The investment vehicle had offered investors access to WTI oil futures without opening an offshore account and was pegged to the flat price of the front-month contract and settled in Chinese yuan. It required 100% margin and didn’t allow any leverage.

The oil price shock hammered retail investors also beyond China. In South Korea, mom-and-pop investors exposed to about 1.45 trillion won ($1.2 billion) worth of structured notes tied to Brent or WTI futures faced losses. In India at least three brokerages have petitioned the courts to challenge the settlement of contracts after their clients faced millions of dollars in losses from the negative prices.