Home
Stocks
McConnell says Senate will return May 4; his top priority: protecting businesses from ‘frivolous’ lawsuits
Prev Article Next Article
This post was originally published on this site 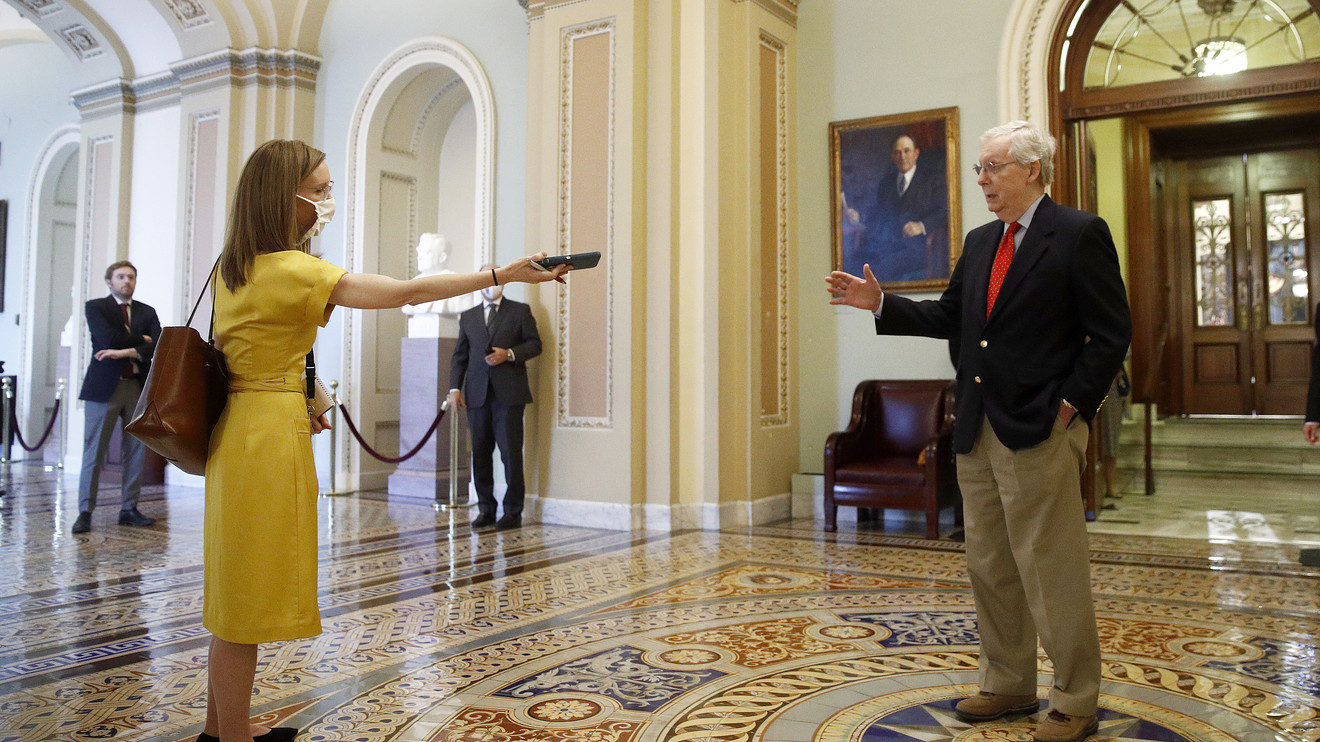 Protecting business owners from the possibility of frivolous liability lawsuits as some states begin to ease social-distancing restrictions will be a high priority for the Senate when it returns to business May 4, Senate Majority Leader Mitch McConnell said Monday.

In a statement confirming the tentative date to have the full complement of senators back in Washington, the Kentucky Republican said unspecified changes will be made to try to protect members, many of whom are elderly. McConnell is 78.

“We will modify routines in ways that are smart and safe, but we will honor our constitutional duty to the American people and conduct critical business in person,” McConnell said.

House Democratic Leader Steny Hoyer, a Democrat from Maryland, announced late Monday that the House of Representatives would also return on May 4.

In his statement Monday, McConnell said he hoped to protect business owners from liability issues arising out of reopening their workplaces. “Our nation is facing the worst pandemic in over a century and potentially the worst economic shock since the Great Depression. Our response must not be slowed, weakened or exploited to set up the biggest trial-lawyer bonanza in history,” he said.

In an interview with conservative radio personality Hugh Hewitt last week, McConnell endorsed the idea of having federal law take precedence over, or preempt, state laws on the issue and consolidating liability cases in a single federal judicial circuit or court.

“I think that would be a good idea,” he said. But he warned it would be hard to get House Democrats to agree.

A spokesman for Speaker of the House Nancy Pelosi confirmed McConnell’s proposal is a non-starter for Democrats.

“The House has no interest in diminishing protections for employees and customers,” said Drew Hammill, a spokesman for Pelosi said.