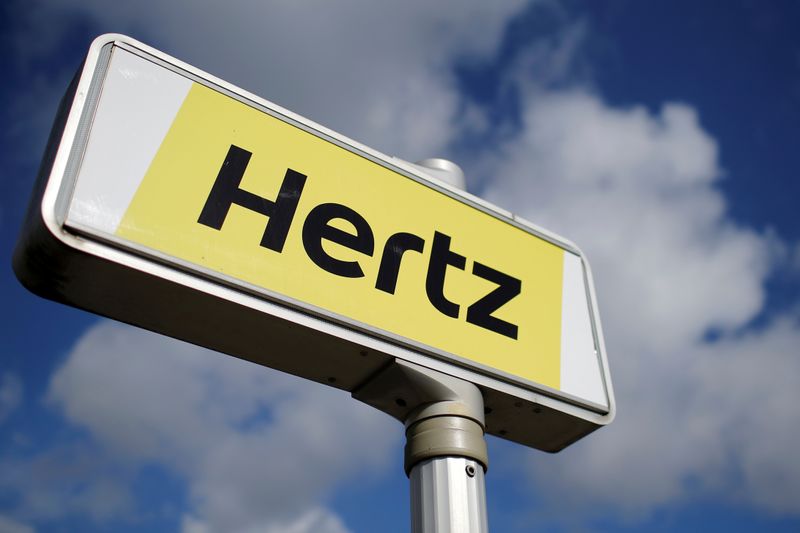 NEW YORK (Reuters) – Hertz Global Holdings Inc (N:HTZ) is working with debt restructuring advisers to explore options for shoring up its finances after the coronavirus pandemic killed demand for car rentals, people familiar with the matter said on Thursday.

The Estero, Florida-based company, whose largest shareholder is billionaire investor Carl Icahn, is reeling from the impact of the pandemic on global travel. It said this week it would lay off 10,000 people as its revenue dried up. Its workforce totaled 38,000 at the end of 2019.

Hertz has enlisted restructuring experts at law firm White & Case LLP and investment bank Moelis & Co (N:MC) to help it address a cash crunch that has made its $17 billion debt pile potentially unsustainable, the sources said.

Hertz and its creditors are also preparing for potential negotiations on reworking the company’s finances, the sources added. No debt restructuring move is imminent, according to the sources.

The sources asked not to be identified because the matter is confidential. Representatives for Hertz, White & Case and Icahn did not immediately respond to requests for comment. A Moelis spokeswoman declined to comment.

The American Car Rental Association, a trade group representing Hertz and its competitors including Avis Budget Group Inc (O:CAR) and family-owned Enterprise Holdings Inc, has been asking Congress to do more for the industry by expanding a $2.3 trillion stimulus program and advancing new legislation targeting tourism-related businesses.

“Our industry is being hurt tremendously already by the COVID-19 pandemic and there is no sign that this situation will turn around in the near future,” the association wrote in a letter to Treasury Secretary Steven Mnuchin in March.

Hertz’s shares have lost more than three-quarters of their value since late February, ending trading on Thursday at $3.95 and giving the company a market capitalization of roughly $561 million.

Weighing on Hertz’s finances is the value of its used vehicles, which it uses to borrow against. That value has plunged as weak demand weighs on the car market.

The company said in late March it had access to about $1 billion in cash and had no significant debt maturities until next year. It also said it boosted its U.S. vehicle debt capacity by $750 million in February.

Even before the pandemic, Hertz and its peers were under financial pressure as travelers shifted to ride hailing services such as Uber Technologies Inc (N:UBER).

To combat Uber, Hertz had adopted a turnaround plan, aiming to modernize its smartphone apps and improve its management of its fleet of rental cars.

“The car rental sector has been one of the sectors most significantly affected by the shock given its sensitivity to consumer demand and sentiment,” Moody’s Investors Service wrote in March when it slashed the company’s credit rating further into junk territory.