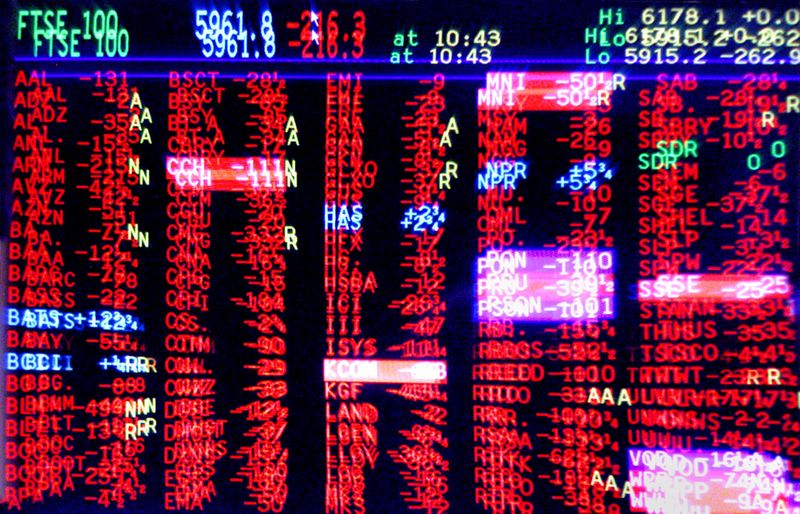 LONDON (Reuters) – Trading worth billions of dollars has shifted to kitchen tables or bedrooms as traders work through the coronavirus crisis from home, testing patchy fixes to make sure they stick to the rules.

Far away from the strict confines of a dealing room, compliance officers find they can no longer eavesdrop on staff, leaving some banks and brokers worried that the activities of their traders under lockdown could come back to haunt them.

“Compliance personnel can’t walk the floors and look to see what’s actually happening and hear some of the conversations,” Rachel Sexton, head of EY’s financial services forensic and integrity practice in London, said of the new arrangements.

And after facing multi-billion dollar fines for trying to rig currency markets and Libor interest rates, financial firms are relying on their compliance teams as a key line of defence against malpractice and keeping regulators off their backs.

“There are a number of questions in terms of how does a bank convey into the living room all the great work done in instilling cultural and ethical behaviour?” Martin Pluves, chief executive of Britain’s FICC Markets Standards Board, said.

This body was set up to improve conduct in fixed income and commodity markets and Pluves is planning a series of “sprints” for participants to help them head off potential conduct traps.

Meanwhile, banks have been asking regulators for reassurance they will not face sanctions once the pandemic has passed, a senior compliance official for a global broker dealer said.

The biggest task has been making sure that traders do not use personal phones for work and that all transactions have an electronic trail that regulators can check for any market abuse.

“For the most part regulators have been understanding about audit trail issues, but only the CFTC has given real relief on potential voice recording issues,” the officer said, adding that there had been some difficulties with transactions such as doing so-called block trades from home.

“Working from home was very rare before the pandemic, it would be just for the top trader that had a home in the Hamptons,” said Tim Carmody, chief technology officer at IPC, a Jersey City based financial systems company.

But the weekend retreat of wealthy New Yorkers has been joined by apartments from Auckland to London and Boston as banks and brokerages scrambled to keep business going during the crisis.

To help banks meet compliance rules, Carmody said IPC installed 10,000 voice recording systems in traders’ homes in the United States and Europe between the beginning of March and mid-April as national lockdowns were rolled out.

“We have seen which customers were prepared for this and which ones scrambled a bit,” he said, adding that while deep pocketed big banks installed hundreds if not thousands of kits in traders’ homes, smaller institutions have struggled.

RUN TO CATCH UP

As the coronavirus crisis has unfolded, regulators around the globe have rapidly had to adapt their rules to keep the wheels of finance whirring.

That has led to some unorthodox fixes such as the European Union’s securities watchdog simply telling traders to take notes of calls if they get stuck.

“Compliance have had to run to catch up to understand what processes have changed,” EY’s Sexton said.

Some banks have redeployed compliance staff into customer services roles to help deal with the wave of requests for help from their clients, piling pressure on those trying to stay on top of not only trading floors but areas such as accounting.

“It’s a difficult time and many companies will be struggling, so there is the incentive to cook the books here more than there might have been,” said Sexton, adding that EY is seconding some of its own staff to banks.

Banks in Britain have had to move some compliance staff to the front line to help answer calls from millions of customers wanting a repayment holiday for their mortgage or a loan.

The Financial Conduct Authority has warned lenders they must treat customers fairly in the pandemic and not repeat the shoddy treatment of clients seen in the last crisis a decade ago.

Some compliance cannot be done during the pandemic, however, such as full reviews of trading practices.

“It’s hard to do that when you are not sitting at the desk and watching what’s going on. Some parts of it you really can’t do,” the senior compliance officer said.

As banks look to life beyond the coronavirus crisis, some such as IPC’s Carmody see signs that working patterns will change now that the rubicon has been crossed.

“You could see traders work from home on a Friday.”