Home
Stocks
Called to Account: SEC halts trading in two stocks amid claims about COVID-19 tests
Prev Article Next Article
This post was originally published on this site 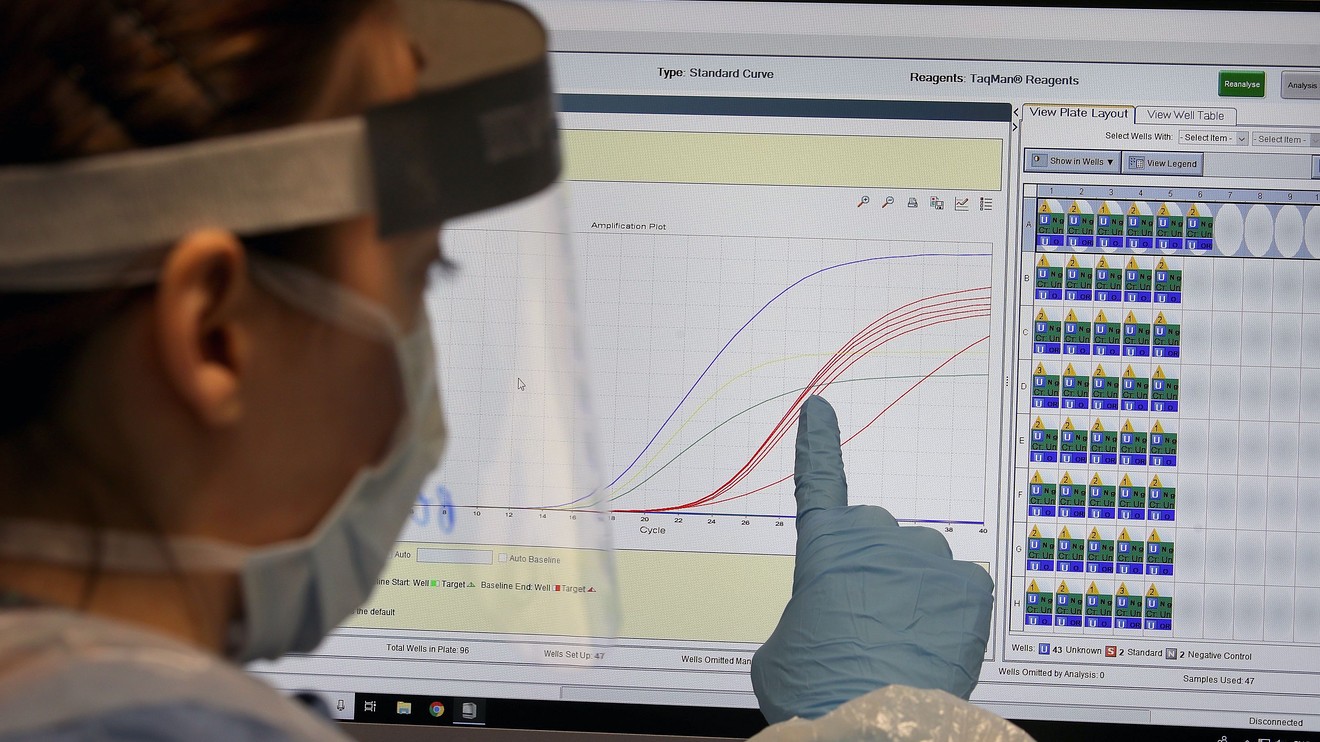 Shares of two companies that a short seller alleged were making fraudulent claims about tests for COVID-19 were suspended from trading by the Securities and Exchange Commission on Wednesday, as the regulator moves to crack down on illegal activity during the pandemic.

Trading of Predictive Technology Group Inc. shares PRED, -8.88% was halted at 9:30 a.m. Eastern time “because of questions regarding the accuracy and adequacy of information in the marketplace concerning the company,” the SEC said in a statement.

Those questions relate to statements the company made “about being able to immediately distribute large quantities of serology tests to detect the presence of COVID19 antibodies,” in press releases issued on March 25, March 30 and April 8, said the SEC statement.

Shares of SCWorx Corp. WORX, -6.42%, meanwhile, were suspended, also at 9:30 a.m., “because of questions and concerns regarding the adequacy and accuracy of publicly available information in the marketplace concerning SCWorx,” the SEC said.

These included press releases and other publicly disseminated statements, since at least April 13, about SCWorx’s agreement to sell COVID-19 tests, as well as a Form 8-K filed on April 16, regarding the sale of COVID-19 tests.

“We commend the SEC for taking swift action against these questionable actors,” Nathan Anderson, a partner at short seller Hindenburg Research and author of several reports on the companies, told MarketWatch. “We find it reprehensible that some companies seem to be taking advantage of the global pandemic by making suspect claims.”

Predictive Technology’s stock was halted at 82 cents, having gained 12% since the start of the year, outperforming the major benchmarks. SCWorx was halted at $5.76, after gaining 100.5% in the year to date. (The S&P 500 SPX, +2.29% is down 13.2% in 2020.) Many small biotech companies have seen their stocks soar on hopes they will be able to cash in on the need for testing and treatments for the pandemic, which has infected 2.61 people worldwide and caused 182,004 fatalities, according to data aggregated by Johns Hopkins University.

In a report published on April 17, Hindenburg questioned the news from SCWorx, a nanocap headquartered in a Regus rental office in New York City, of a $35 million–a–week deal to buy and resell COVID-19 tests, leading to a massive 434% surge in its stock price that lifted it out of penny-stock territory.

Among the issues the report highlighted:

• SCWorx said it had a “committed purchase order” from virtual health company Rethink My Healthcare for 2 million rapid testing units with a provision for additional weekly orders of 2 million units for 23 weeks, according to a press release. But Rethink My Health is a startup founded by a 25-year-old in August 2018 with only 3 employees and 3 consultants/advisors listed on its team page

• SCWorx’ chief executive has “a checkered past,” according to Hindenburg, and pleaded guilty to felony tax-evasion charges, in a case stemming from 2015.

• The supplier SCWorx is working with, an Australian company called Promedical, has a CEO, Neran De Silva, who is alleged to have falsified his medical credentials, with a former company having been accused of defrauding its customers and investors, according to Hindenburg and Australian media reports.

• Promedical told the U.S. Food and Drug Administration that it was working with Chinese manufacturer Wondfo in selling its COVID-19 test kits, but Wondfo said that was false and denied any relationship. Promedical’s name was then removed from FDA test-provider lists in the U.S. and Australia.

An SCWorx spokesperson declined to comment beyond directing MarketWatch to the company’s own press releases and SEC filings.

• Predictive is a small company based in Salt Lake City that offers stem-cell products to clinics across the U.S. In March, it said it was partnering with a Chinese manufacturer called Jiangsu Dablood Pharmaceutical Co. Ltd. to make and distribute rapid COVID-19 tests that could produce results in just 15 minutes. But Dablood, as that company is known, is not an approved manufacturer of tests for the virus, and media in China have reported that it has been selling them without medical or production licenses.

• Predictive’s chief executive, Brad Robinson, has been sued for making claims about a previous medical product’s efficacy and for falsely claiming it would be pitched by the TV personality Dr. Oz and the Gates Foundation, among others.

“We see 100% near-term downside in shares of Predictive and expect that Predictive must continue to dilute equity through near-term stock sales in order to survive,” Anderson wrote in the report.

Predictive did not immediately respond to a request for comment, but it did publish a response on its website from the Dablood board in response to the Hindenburg report.

That comment said the company is a unit of a unit of China’s Da’an gene, which is developing in vitro diagnostic reagents and testing equipment and is licensed in China. That company is not included in an FDA list of tests that have received Emergency Use Authorization for tests.