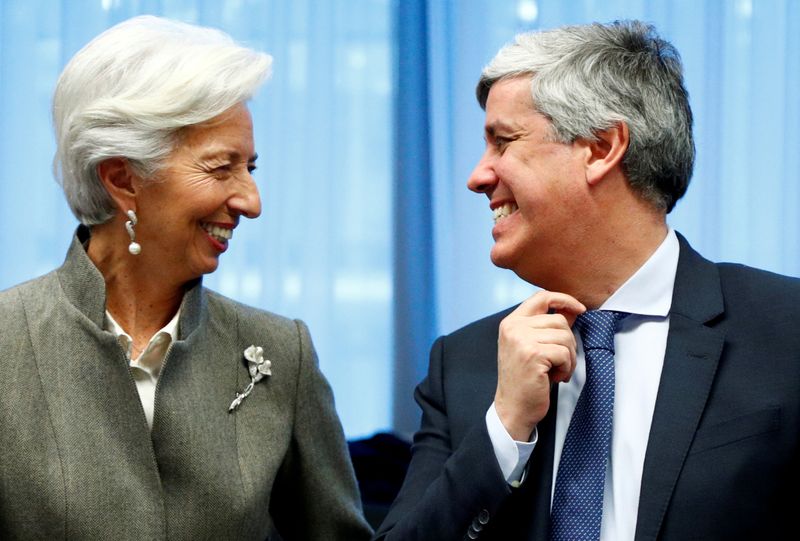 LONDON (Reuters) – Bond markets are again testing the ECB’s resolve to contain a rise in Italian borrowing costs, betting the central bank will have no choice but to unleash greater and more frequent bond-buying to compensate for dithering by euro zone politicians.

Hit hard by the coronavirus crisis and with a debt burden of over 130% of GDP, Italy is widely seen as the euro zone state most vulnerable to a market sell-off.

Its 10-year bond yield halved to 1.5% after the European Central Bank announced on March 18 a 750 billion euro emergency bond-buying scheme, known as PEPP, to help countries tackle the pandemic, but has risen back in recent days to 2%.

Selling pressure grew after euro zone politicians failed to agree a sale of coronabonds, a debt instrument which would pool the credit risk of weaker countries like Italy with top-rated ones like Germany.

Higher yields make Italy’s debt burden more onerous, especially as some estimate the economic hit from the COVID-19 crisis could send the ratio to 180% of GDP..

That all creates a dilemma for the ECB, which might face fresh questions about the credibility of its policies.

“You know there is an issue when everybody is dusting off their debt crisis models again. That is what we and everybody else has been doing in the case of Italy,” said Gilles Moec, chief economist at AXA Investment Managers.

Many have been surprised by the speed at which the yield premium, or spread, on Italian over German debt has widened again, especially as the PEPP came on top of an existing 360 billion euro bond-purchase facility.

At around 221 basis points at Friday’s market close, the spread — a measure of sovereign risk — was 35 bps higher than a week earlier, reversing much of the tightening since March 18. (DE10IT10=RR).

A signal the ECB is preparing to act came from board member Isabel Schnabel who said the central bank was ready to do more to avoid financial fragmentation in the euro zone.

So what could it do?

Firstly, it could expand PEPP. ABN AMRO (AS:ABNd) predicts another 500 billion euros will be added this month.

The ECB could also continue to front-load its asset purchases and reinvestments from maturing bonds to favor Italy. Goldman Sachs (NYSE:GS) estimates it may already have bought 30-40 billion euros of Italian debt since PEPP was announced. That is 35%-45% of total purchases — well above Rome’s 17% share under the old capital key rules.

AXA’s Moec said markets would be reassured by some ECB communication on how it will reinvest proceeds from its bond program, for example if it would cover additional debt Italy is raising to cover the costs of the coronavirus crisis.

“If they were to reinvest for 10, 15 or even 20 years (in Italian bonds) then they will have de facto removed the pandemic-linked portion of the debt increase,” Moec said.

There is also the Outright Monetary Transactions (OMT) scheme, an unused crisis tool that allows the ECB to make unlimited purchases of a country’s debt.

Markus Schomer, chief economist at PineBridge Investments, reckons OMT is a bazooka that should be deployed at the earliest opportunity.

“The longer you do not do this, the longer Italian bond yields will rise significantly above zero percent, the more Italians will want debt relief and you fuel the rising anti-euro sentiment in Italy,” he said.

But OMT requires a government to first apply to the European Stability Mechanism bailout fund and Italy has said it does not intend to do so.

There is always the small possibility that none of this is needed. On Thursday, euro zone ministers will take another stab at finding a solution to the crisis, with coronabonds likely to come up again.

Their meeting comes a day before S&P Global reviews its BBB credit rating for Italy. A one-notch downgrade to BBB- would bring S&P’s rating in line with that of Moody’s, a step away from “junk” territory where borrowing costs balloon.

With hopes slim that ministers will achieve a breakthrough, investors are watching for key intervention thresholds.

They believe, based on recent market movements, that ECB buying steps up when the Italian/German spread approaches 250-300 bps. That is consequently seen as the area where the ECB starts to fret about disparities in how its monetary policy is transmitted across bloc members.

Italian 10-year yields around 2% may be another key level, according to ABN Amro’s head of financial markets research Nick Kounis.

He said recent ECB behavior suggested 2% was the “line in the sand to fight against a vicious spiral developing between concerns about the debt outlook, rising yields, tighter financial conditions and hence even weaker growth.”