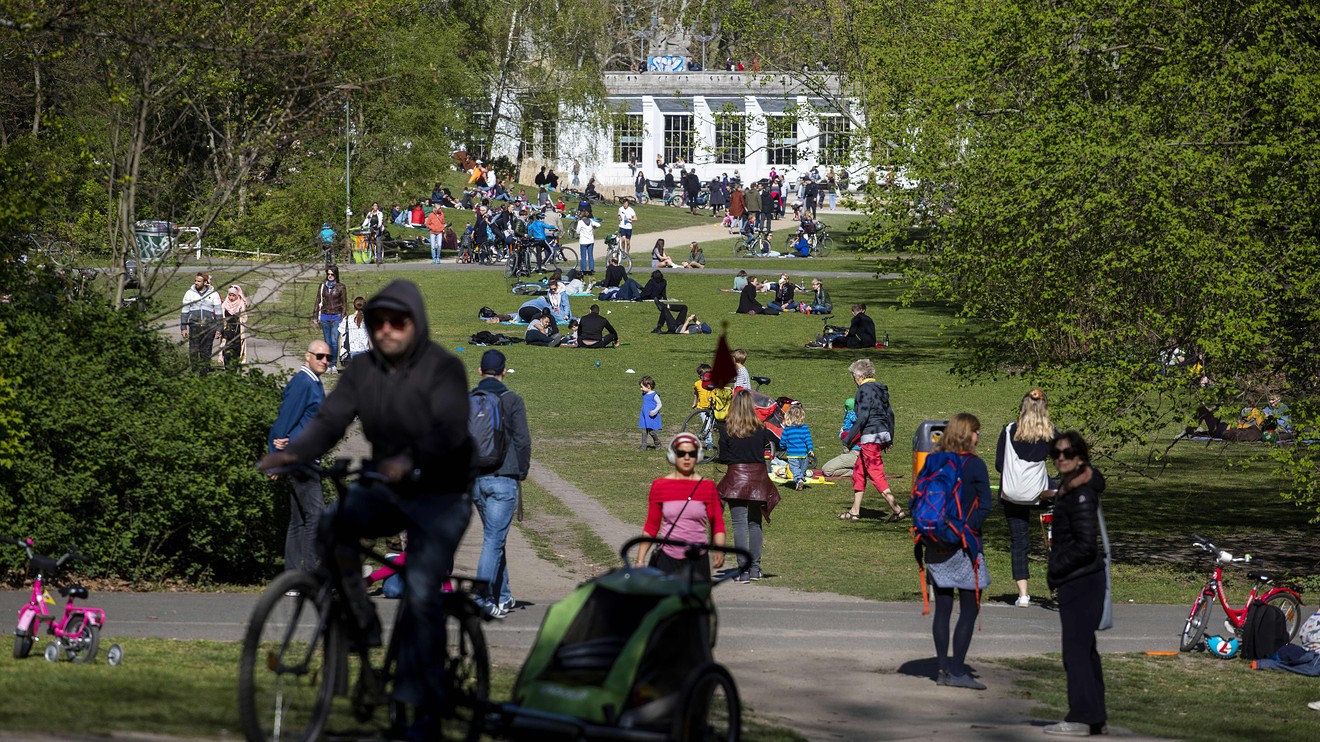 European stocks started higher Monday, continuing the rally off the lows from the coronavirus pandemic on data showing the disease’s spread is slowing.

Futures on the Dow Jones Industrial Average YM00, -0.60% however fell 171 points after the powerful rally on Wall Street on Friday.

Global new-case growth slowed to 2.3%, including 3.3% in the U.S., according to data compiled by Deutsche Bank.

Discussions about reopening the U.S. economy continue, with a key question being the lack of testing conducted so far. Europe’s slow and relatively uncoordinated reopening continues with Germany on Monday allowing small shops to take in customers.

“In major parts of the advanced world, the policy response to the unique health emergency seems to be working. As the pandemic is becoming more manageable, chances are rising that the worst may soon be over in many countries. Some countries have started a cautious and very gradual easing of lockdowns, others look set to follow step by step in May, “ said Holger Schmieding, chief economist at Berenberg Bank.

The European Council this week is expected to announce a recovery fund, though key questions remain over funding. Separately, the Financial Times reported European Central Bank officials have held high-level talks about creating a eurozone bad bank to remove billions of euros in toxic debts from lenders’ balance sheets, but the European Commission has so far rejected it.

In the U.S., House Speaker Nancy Pelosi said lawmakers are close to a deal to boost the small-business lending fund.

Novartis NOVN, +1.27% said it will proceed with a Phase III clinical trial of hydroxychloroquine, a drug President Trump has often publicly touted during the crisis, in hospitalized patients with COVID-19 disease. Novartis said it make public the intellectual property on it if the trial is successful.

Of stocks in focus, Philips PHIA, +4.60% rose 4.4%. The conglomerate said it would paid its dividend in shares — rather than giving investors a choice of cash or stock — as its profit tumbled to €39 million ($42.4 million) from €162 million. Philips said it expects modest comparable sales growth and improvement in adjusted operating profit margin for 2020.

Vivendi VIV, +3.49% rose 3.1%. Vivendi said revenue for the first quarter rose to €3.87 billion from €3.46 billion on growth at Universal Music. Its units including Havas Group, Editis and Vivendi Village experienced a decline in revenue in March and are expected to suffer in the second quarter, Vivendi said.