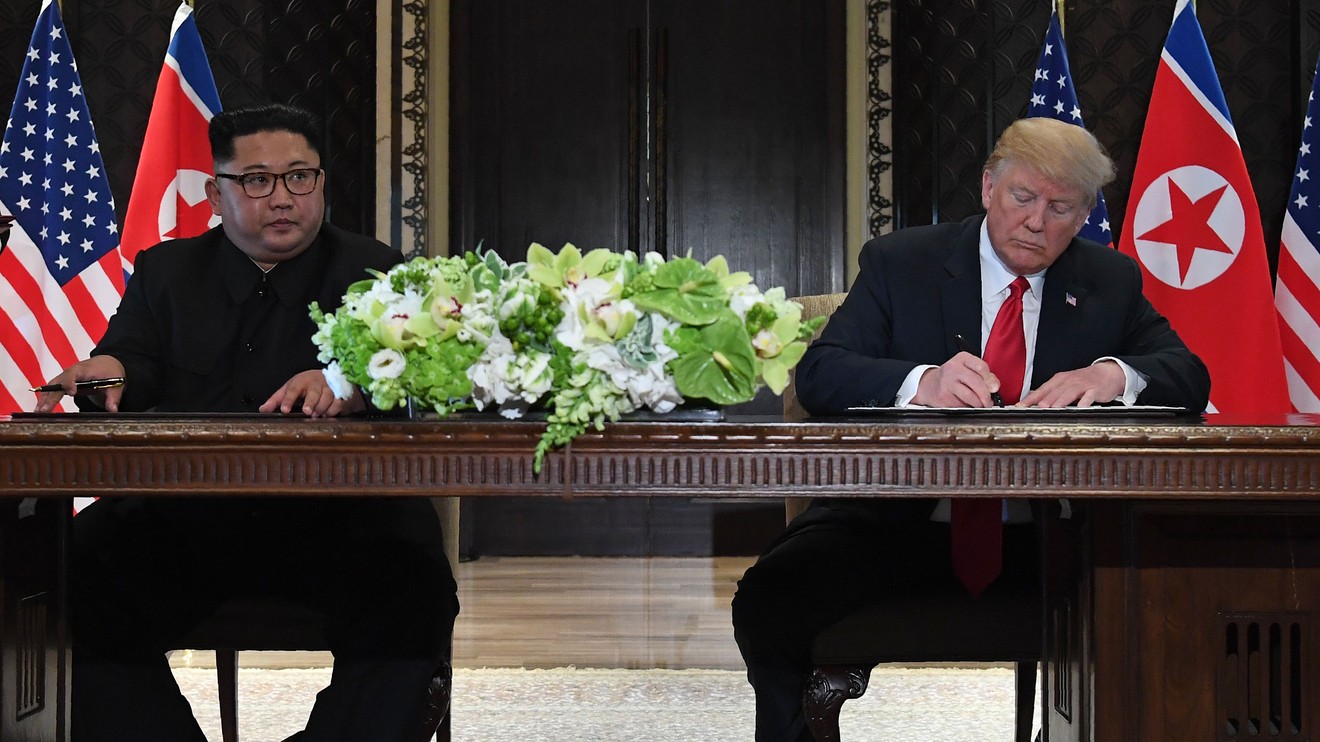 President Trump said during Saturday’s White House press briefing that he “received a nice note” from North Korean leader Kim Jong un and that their relationship is “doing fine.”

“ ‘The relations between the top leaders of [North Korea] and the U.S. are not an issue to be taken up just for diversion nor it should be misused for meeting selfish purposes.’ ”

“There was no letter addressed recently to the U.S. president by the supreme leadership,” the statement from the foreign ministry continued. “He could have referred to the personal letters that had been exchanged in the past, we are not sure.”

Trump and Kim met several times in 2018 and 2019 but diplomacy hit a snag on disagreements over the denuclearization of the Korean peninsula and the easing of U.S. sanctions on North Korea.

Trump, who once claimed he and Kim “fell in love,” also said during the Saturday briefing that if Hillary Clinton had won the presidency, the two countries would be at war.