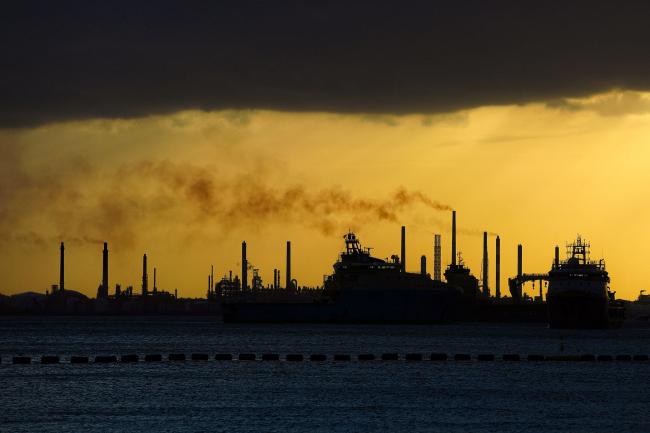 Lim Chee Meng, the only son of Lim Oon Kuin, said he was unaware of the losses suffered over some years and his father had instructed Hin Leong’s finance department to omit them from its financial statements, according to the people with knowledge of an April 17 email sent by the shipping arm of Hin Leong, Ocean Tankers (Pte.) Ltd., notifying recipient parties of proposed moratorium proceedings.

Neither the son nor the father could be reached for comment Sunday. Nobody responded to calls or emails to Hin Leong or Ocean Tankers seeking comment. A spokeswoman for Rajah and Tann, one of Hin Leong’s advisers, said the firm is unable to comment because the matter is before the court.

Hin Leong and Ocean Tankers both filed for court protection from creditors on Friday as the former struggles to repay its debts, said to be up to $4 billion.

The trader’s financial distress has rocked the tightly-knit trading community in Singapore, one of the world’s most important oil markets and its biggest ship fueling hub. It’s raising speculation that the privately-held company could be the latest casualty of the historic collapse in oil prices triggered by the coronavirus.

Privately-held Hin Leong posted a positive equity of $4.56 billion and net profit of $78 million in the period ended October 31, according to the people, citing the email, which was signed off by Lim Chee Meng — also known as Evan Lim — and his sister Lim Huey Ching.

Bloomberg first reported Hin Leong’s financial difficulties April 10 after some lenders had pulled credit lines from Hin Leong amid concerns over its ability to finance its debts. It’s said to owe almost $4 billion to more than 20 banks including HSBC Holdings Plc (LON:HSBA).

Lim Oon Kuin, known to many in the industry as OK Lim, will be resigning from all executive roles in Hin Leong, the Xihe Group and related companies as of April 17, according to the people, citing the email. He will also step down as director and managing director of Ocean Tankers.

Both Hin Leong and Ocean Tankers have filed for protection from its creditors under Section 211B of Singapore’s Companies Act. Hin Leong was established in 1963 and has grown into one of Asia’s largest suppliers of ship fuel, or bunkers. Ocean Tankers owns a fleet of more than 100 oil tankers of various sizes.