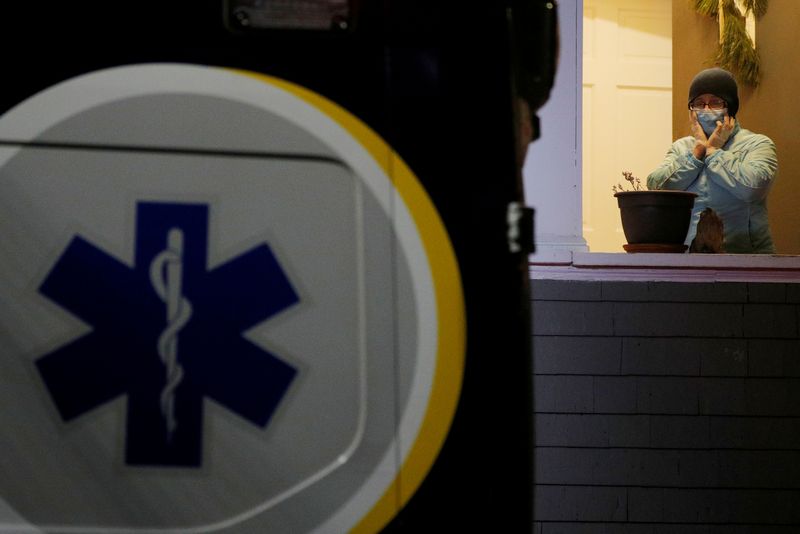 (Reuters) – As some U.S. states look to start reopening their coronavirus-battered economies amid protests from supporters of President Donald Trump anxious to get back to work, hardest hit New York state began mandating the wearing of masks or face coverings in public to contain the pathogen’s spread.

Saturday ends another week in which millions of Americans went without paychecks. More than 20 million have filed for unemployment benefits in the past few weeks alone as closures of businesses and schools and severe travel restrictions to try to curb the highly contagious virus have hammered the U.S. economy.

In a bit of welcome news on the employment front, Walmart (NYSE:WMT) Inc said on Friday that it would hire 50,000 more workers at its stores, clubs and distribution centers to meet a surge in demand for groceries and household essentials from consumers forced to stay home during the outbreak.

One business deemed essential to keeping Americans fed that has been hit hard by the epidemic is meat processing plants. Facilities in South Dakota, Georgia, Iowa and elsewhere have reported hundreds of infections among employees forced to work in close proximity, prompting some plants run by Tyson Foods (NYSE:TSN) and Smithfield Foods to shift production or shut and sparking calls by unions for safer working conditions.

GRAPHIC: Tracking the novel coronavirus in the U.S. – https://graphics.reuters.com/HEALTH-CORONAVIRUS-USA/0100B5K8423/index.html

Even with huge companies such as Walmart and Amazon.com Inc (NASDAQ:AMZN) hiring, some Americans who live in parts of states with lower infection rates have been made restless by the restrictions, leading to protests this week by flag-waving Trump supporters in the capitols of Minnesota, Michigan and Virginia.

The demonstrations, which featured large crowds of people neither practicing social distancing nor wearing protective face coverings, angered governors who have been trying to bring coronavirus outbreaks in their states under control.

Also angering those governors, all Democrats, were a series of Twitter posts on Friday by the Republican president – “LIBERATE MICHIGAN!” “LIBERATE MINNESOTA!” and “LIBERATE VIRGINIA!” – that appeared to be egging on the protests.

Several states, including Ohio, Michigan, Texas and Florida, have said they aim to reopen parts of their economies, perhaps by May 1 or even sooner.

But health experts have cautioned that to avoid a second wave of infections as people return to work, extensive testing must be available to track infections, as well as contact tracing and antibody testing to learn who had been previously infected and might have some immunity.

Vice President Mike Pence said on Friday that the United States had the capacity to do a sufficient amount of testing for states to move into a phase one of reopening.

However, governors and health officials in the states say there is nowhere near enough test kits and equipment available to do that kind of widespread testing.

Andrew Cuomo, governor of hardest hit New York, said federal funding was necessary for that magnitude of testing, and accused Trump of passing off responsibility to the states while not providing much needed financial help.

While rates of hospitalizations and need for intensive care beds have slowed in New York, the daily death toll continues to be gut-wrenching with over 600 fatalities a day.

To help slow the spread of the virus, Cuomo implemented statewide mandatory wearing of masks for anyone out in public and unable to practice social distancing. The rules, which cover all those using public transport or for-hire vehicles, came into effect on Friday night.

The United States has by far the world’s largest number of confirmed coronavirus cases, with more than 700,000. The U.S. tally of lives lost from COVID-19, the respiratory disease caused by the virus, has also soared to more than 35,000. New York state accounts for nearly half those deaths.

But there was more evidence that social distancing and stay-at-home measures affecting more than 90% of Americans was working.

An influential university research model lowered its projected U.S. coronavirus death toll on Friday, saying the virus will take 60,308 U.S. lives by Aug. 4, down from 68,841 deaths forecast earlier in the week.