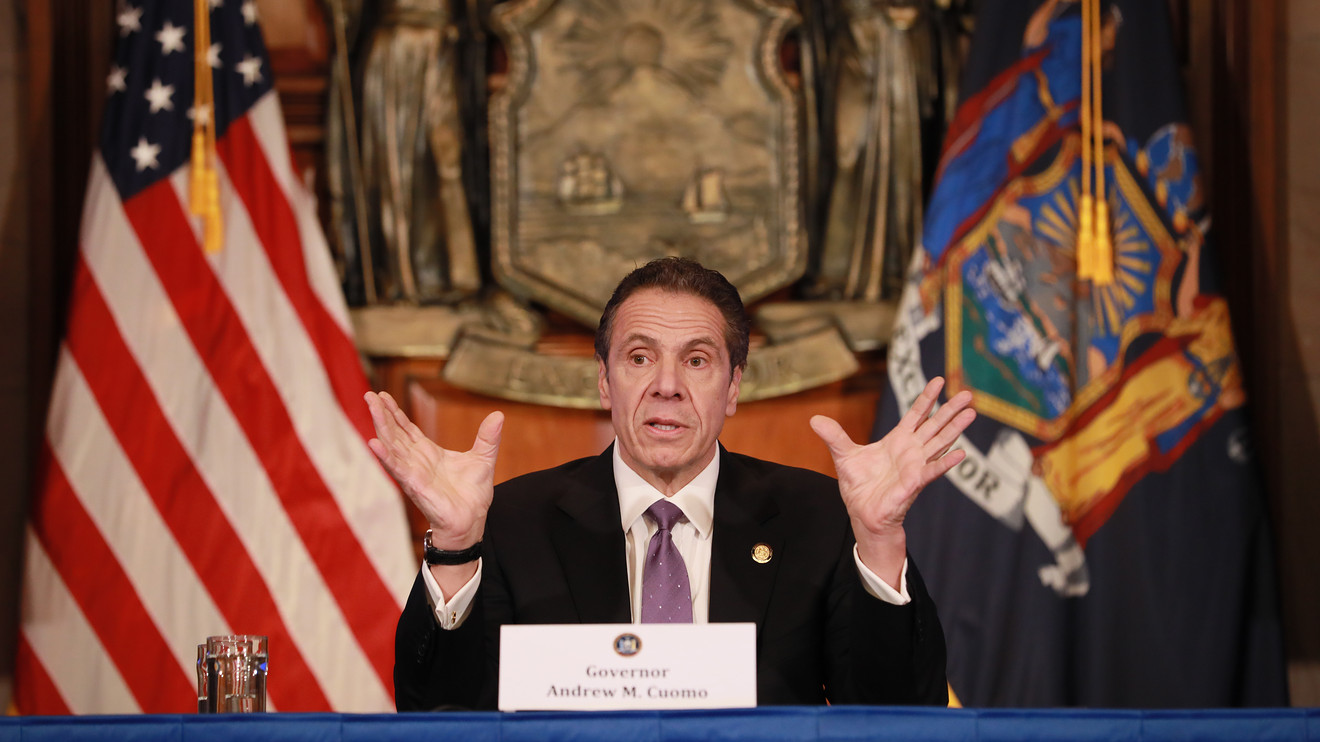 New York state continued to see progress in its battle with the coronavirus epidemic that has killed more than 13,000 residents, Gov. Andrew M. Cuomo said on Saturday.

“If you look at the past three days, you could argue we are past the plateau and starting to descend,” Mr. Cuomo said. “So we’re not at the plateau anymore, but we’re still not in a good position.”

Cuomo announced the state’s daily death toll from the virus had fallen to 540, down from 630 a day earlier. Still, he warned, the health crisis was far from over.

Yesterday alone, about 2,000 people were admitted to city hospitals with COVID-19 symptoms, similar to the numbers hospitals saw as the pandemic began to peak in late March, the New York Times reported.

New York state continues to see a decline in the number of hospitalizations from the coronavirus and deaths from infections, Cuomo added.

But he noted the need to significantly expand testing for COVID-19 in the state and he called on the federal government to help New York labs acquire chemical reagents needed to perform those tests.

Cuomo said that reopening state businesses and other public spaces will require a larger number of coronavirus tests than are now being performed, in order to make sure that the virus is not spreading at an excessively high rate.

The lack of sufficient supplies of reagents has been cited by labs in the state as the main reason that they are not performing the number of tests that they are now capable of doing with their existing testing machines, CNBC reported.

New York is the epicenter of the coranavirus outbreak in the United States.

Gov. Cuomo called nursing homes the biggest concern for New York authorities. The relatively lower death toll of 540 Saturday represents a dip of more than 25% from just a few days ago, but the governor said the epidemic claimed 36 elderly victims in nursing homes. “Nursing homes are the single biggest fear in all of this,” he said. “Vulnerable people in one place, it is the feeding frenzy for this virus.”

Cuomo showed graphs that show the state has indisputably passed the peak of the crisis as measured by those in hospitals or being placed on ventilators, but nearly 2,000 new coronavirus patients are still being hospitalized from coronavirus every day.

“Except for the context that we’ve been in, this would be devastating news,” Cuomo said. “We’re not at the plateau anymore, but we’re still not in a good position.”

Cuomo offered an extended explanation of the difficulties of using testing as a tool to help New York or other states start to reopen. He said even New York, which leads the nation in testing, would need to dramatically increase it before it would be effective, the New York Daily News reported.

“The challenge is now bringing this up to scale. Okay. We did 500,000 tests in a month. That’s great news, bad news is, it’s only a fraction of what you need,” Cuomo said.

A day after Cuomo attacked President Trump’s coronavirus response, the governor insisted that he is laser-focused on managing the pandemic not gaining a partisan edge. “Look, if you have partisan division, splitting this nation now, it’s going to make it worse,” Cuomo said.

He refused to weigh in on Trump’s backing of right-wing demonstrations against the social-distancing regulations in states with Democratic governors.