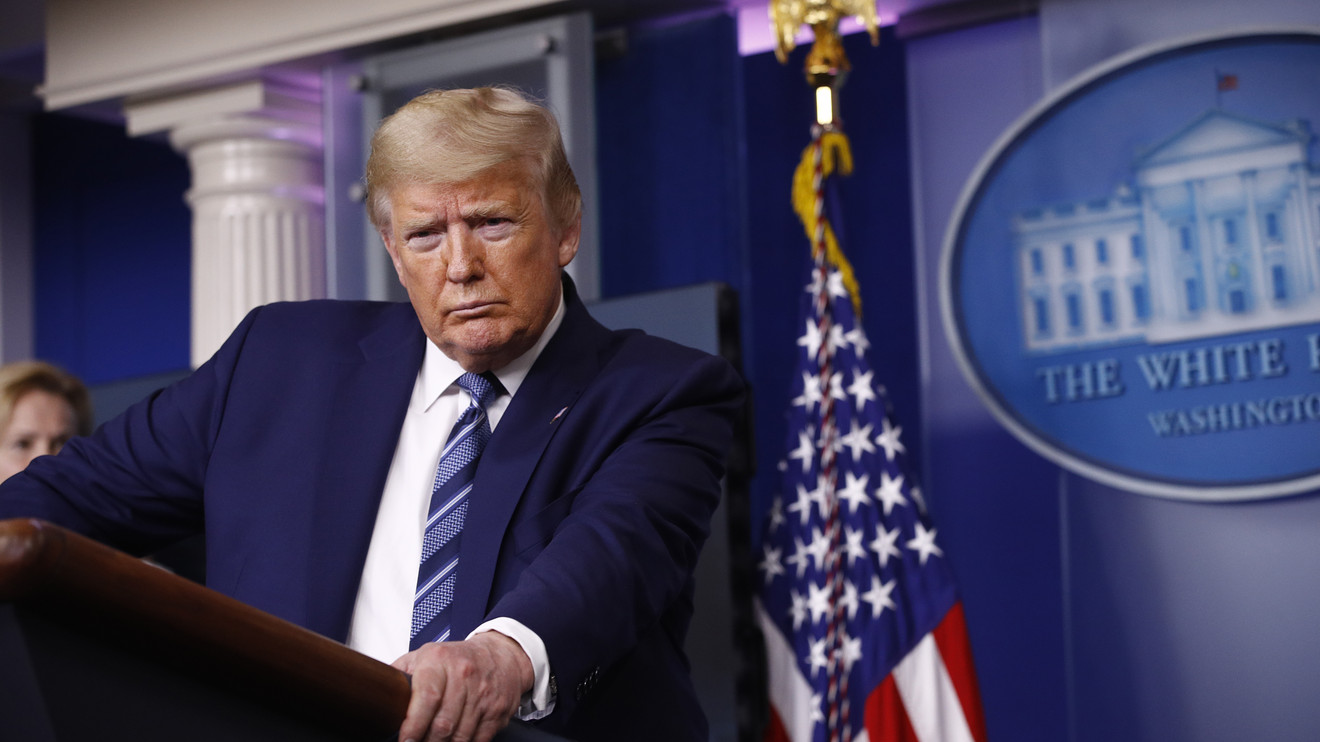 Here are the highlights of the White House’s 2-hour daily coronavirus briefing on Friday.

Trump said he would be willing to add assistance for hospitals for legislation to replenish the Paycheck Protection Program, which is running low of funds. “I’m with that all the way if they want to add hospitals,” Trump said. He said it could also be added to any subsequent relief measures. The PPP program provides grants and loans to small businesses damaged by the coronavirus crisis. Republicans had wanted to pass the bill quickly and balked at adding anything else to the package including the Democratic request for hospital aid. Earlier Friday, the top House Republican — Minority Leader Kevin McCarty — said he would also accept the hospital aid. This concession was taken as a sign a deal on the bill could be released soon.

Trump defended his tweets earlier Friday backing protesters angry with stay-at-home orders in three Democratic-run states: Minnesota, Michigan and Virginia. “What they’ve done to some people is very unfair,” Trump said. Democratic lawmakers were harshly critical of the tweets. Washington Gov. Jay Insee called them “dangerous” and said they could lead to violence. But the president said he thinks “elements of what they’ve done are too much.”

#4. President lauds stock-market rally, says it is a sign of ‘pent-up demand’

The president expressed disbelief with the rally in the stock market, including the 700 point gain in the Dow Jones Industrial Average DJIA, +2.99% on Friday. He said stocks aren’t that far off its record highs despite the coronavirus pandemic. “If you would have told me that the market was where it was today…I would have told you that has got to be an impossibility,” he said, attributing the gain to “pent-up demand” in the economy. Over the past two weeks, the Dow had its largest two-week percentage gain since 1938. Trump complained again about the strong dollar DXY, -0.30%, saying it makes it harder to sell U.S. goods overseas. The Wall Street Journal dollar index BUXX, -0.42% has moved up in four of the past six weeks.

Trump said he was “not happy” with China’s handling of the initial phases of the coronavirus pandemic. “They didn’t report what was happening,” Trump said, adding that U.S. experts “couldn’t get in.” The president said he wanted a complete investigation into the initial outbreak of the virus in Wuhan.

Dr. Anthony Fauci, the director of the National Institute of Allergy and Infectious Disease, told reporters the latest research has concluded the virus jumped from an animal to a human, and wasn’t man-made.