Home
Stocks
Market Snapshot: Coronavirus creates a market of ‘haves and have-nots,’ with the Dow posting its best 2-week run in 82 years amid 22 million job losses
Prev Article Next Article

“It was the best of times, it was the worst of times…it was the spring of hope, it was the winter of despair,” to borrow from the opening lines of Charles Dickens’s “A Tale of Two Cities.”

In this case, the epoch of coronavirus that has infected some 2.2 million people has essentially created a tale of two markets: one of Wall St. and one of Main St.

On Wall St., hope of reopening plans and unvetted therapeutics for the deadly illness has propelled the Dow Jones Industrial Average DJIA, +2.99% to its best two-week run since 1938, according to Dow Jones Market Data.

On Main St., the market for jobs has been decimated, with forced-shutdown protocols, meant to limit the spread of the pathogen, wiping out nearly all of the 23 million jobs created in the aftermath of the 2007-09 recession, in a manner of four, incredibly short weeks.

The disconnect between the two is palpable.

“It took ten years of job growth to pull these workers off the sidelines; now they will be thrown back into the shadow pool,” wrote Bob Schwartz, senior economist at Oxford Economics, in a Friday research report.

Other data this week, beyond jobless claims, have been ugly, including a report on U.S. industrial production which fell 5.4% in March, the steepest decline since early 1946, and retail sales in March registered a record 8.7% slump.

However, economic reports are anticipated to get worse: “As bad as the March data was, the figures for April will be even worse,” Schwartz wrote. “This is the first month that will capture the full impact of Covid-19.”

Within the microcosm of the equity market, another divide is being spotted by investment experts, with health-care, technology, consumer discretionary, communication services and consumer staples outperforming the six other sectors of the S&P 500 index.

“ ‘We simply can’t have half of the market plummeting and expect the leaders to keep spiking.’ ”

“There has been a clear divide between the Sector ‘haves and have-nots’,” wrote Frank Cappelleri, executive director at Instinet in a Friday research note:

In other words, five sectors are leading the market higher, while six have been woefully left behind.

The same goes for themes and style-based investing, including small-cap vs. large-caps and momentum and growth vs. value.

The fact that investors are gravitating to names like Microsoft Corp. MSFT, +0.88%, Apple Inc. AAPL, -1.35%, Google-parent Alphabet Inc. GOOG, +1.56% GOOGL, +1.71% and Facebook FB, +1.69%, may be a sign of caution in and of itself, Chris Zaccarelli, chief investment officer for Independent Advisor Alliance told MarketWatch via email. 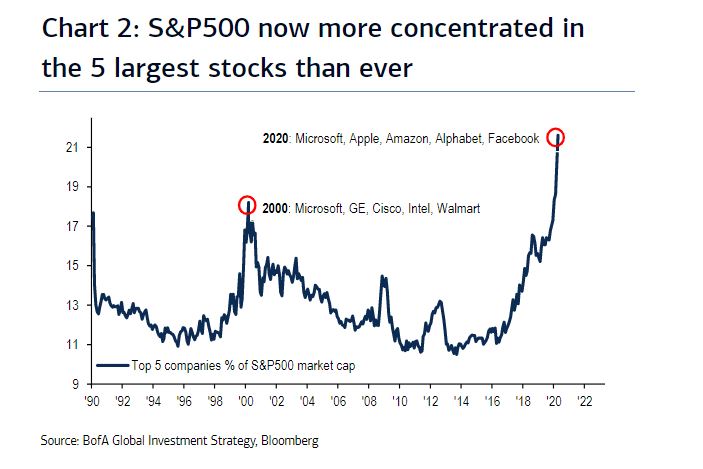 “We’re not so quick to embrace the risk-on sentiment and have been picking a more cautious way through the potential minefields ahead.” he said, referring to fears about the uncertain time frame for a return to normalcy in the aftermath of the COVID-19 pandemic.

“As a result, we are still sticking with those companies in the healthcare, technology and communication services sectors that are likely to be more resilient in the event that the economic recovery takes 8-18 months instead of something much quicker than that,” Zaccarelli explained.

Capelleri says the lack of broader participation doesn’t augur well for the market. “We simply can’t have half of the market plummeting and expect the leaders to keep spiking.” he said.

Lindsey Bell, chief investment strategist with Ally Invest, agrees and says the market needs more stocks to join the rally before she is convinced further gains can be had.

“We’d also like to see more S&P 500 companies trading above their 52 week high (was 24% on Thursday vs 64% in 2009 when the market bottomed),” she told MarketWatch. “That would help create a more solid base for the index to have the support it needs to sustain a move higher,” she said.

Shall the last be the first?

But can Wall Street’s laggards of the past several weeks take stocks become leaders?

Was this a head-fake higher?

Some make the case that cyclicals like financials need to take the baton from technology and megacap companies for the rally to have legs.

“I think a higher low in the financials is what I would want to see.” Josh Brown, CEO of Ritholtz Wealth Management, told MarketWatch.

If banks are going to take the mantle from technology, long-dated U.S. government bond yields are going to need to climb higher than their shorter-dated counterparts, says Jeffrey Kleintop, chief global investment strategist at Charles Schwab.

A compression of the gap, or yield curve, between the 3-month T-bill TMUBMUSD03M, 0.122% at 0.12% and the 10-year Treasury note TMUBMUSD10Y, 0.643% at 0.642%, can undermine banks’ business models of collecting deposits with a relatively low rate paid to customers in the short term and lending out that money at a higher rate on the longer term.

“I’d really like to see a steeper yield curve for the banks,” Kleintop MarketWatch.

That said, Brown said that he believes “it’s going to get worse for lenders,” predicting that credit-card delinquencies will grow considerably with so many people out of work. He expounded on that theme in a blog post at his site The Reformed Broker.

Of Friday’s bullish action in the market, IAA’s Zaccarelli said that “by buying up those cyclical companies that have been beaten down, they are showing some confidence that the worst is behind us.”

We’ll soon find out how resilient the rally is as economies attempt to emerge from their coronavirus quarantines without any substantial flareups. 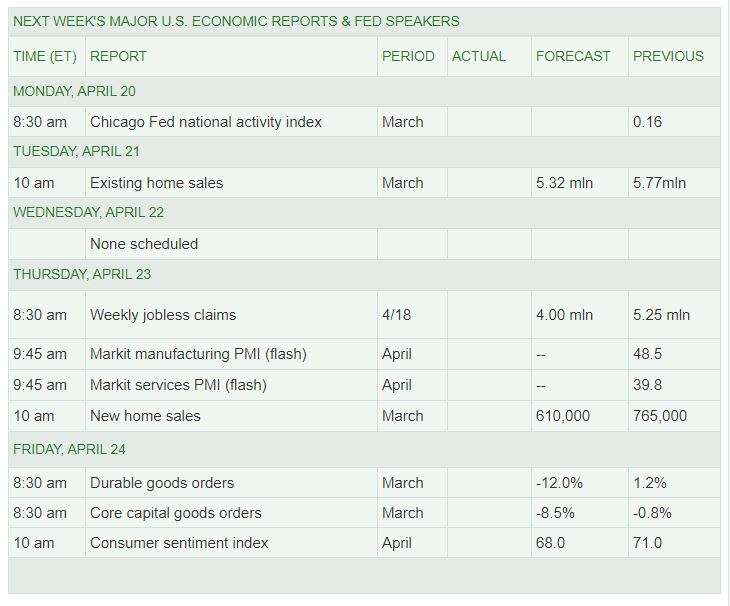