Home
Stocks
Weekend Sip: A boozy marriage made in heaven? Scotch and mezcal in a single bottle
Prev Article Next Article 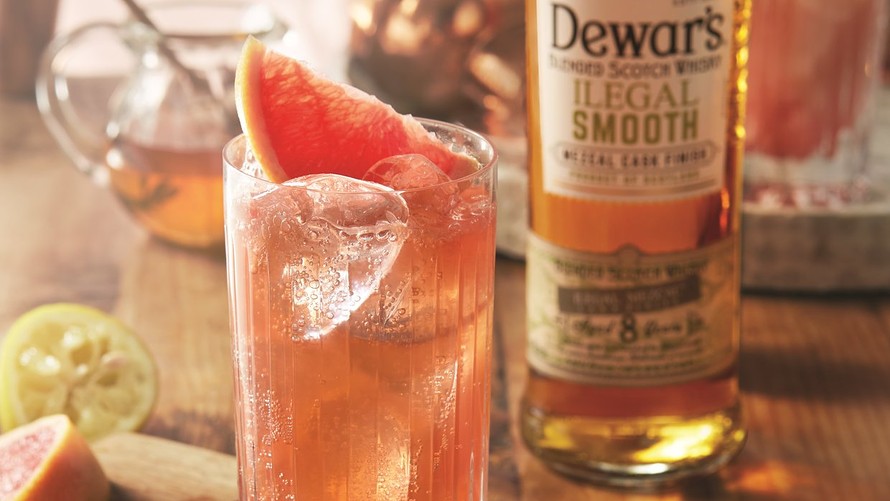 The back story: Here’s a boozy wedding we didn’t quite see coming: Scotch and mezcal.

This new bottle from the Bacardi-owned Dewar’s brand, one of the most popular blended Scotches in the world, is indeed a marriage of sorts with Ilegal, a leading name in mezcal, the smoky, Mexican-made spirit. To be specific, it’s traditional Dewar’s eight-year-old Scotch that has been “finished” — that is, aged at the very end — in casks that previously contained Ilegal.

See also: This ‘tantalizing’ under-$20 wine is the perfect sip to get you through coronavirus lockdown

The idea has its roots in new rules that have allowed Scotch producers to expand the range of booze they can use for the final period of aging. Indeed, Dewar’s has already released a Scotch finished in Caribbean rum, appropriately called Caribbean Smooth. The Dewar’s team says mezcal — and Ilegal mezcal in particular — was a logical next choice. “It was a natural, fortuitous partnership to help achieve our goal of breaking boundaries in the whisky genre,” says Brian Cox, vice-president for Dewar’s in North America.

It also helps that mezcal has been surging in popularity of late. Sales are expected to grow globally by almost 18% through 2022 to $840 million.

What we think about it: This is Dewar’s at its core — a very approachable Scotch with a mellow flavor. It’s a bit harder to detect the earthy, fiery notes of the Ilegal, but it’s there at the very end — a “wisp of smoke,” as the Dewar’s team calls it. Given the bottle’s low price, it’s worth a try, though hard-core mezcal fans may be disappointed.

How to enjoy it: This is fine on its own — neat or with ice. But the Dewar’s team suggests playing around with it in cocktails. They have come up with a Toasted Citrus Highball that joins the whisky with pink grapefruit juice, lemon juice, honey water and soda water.