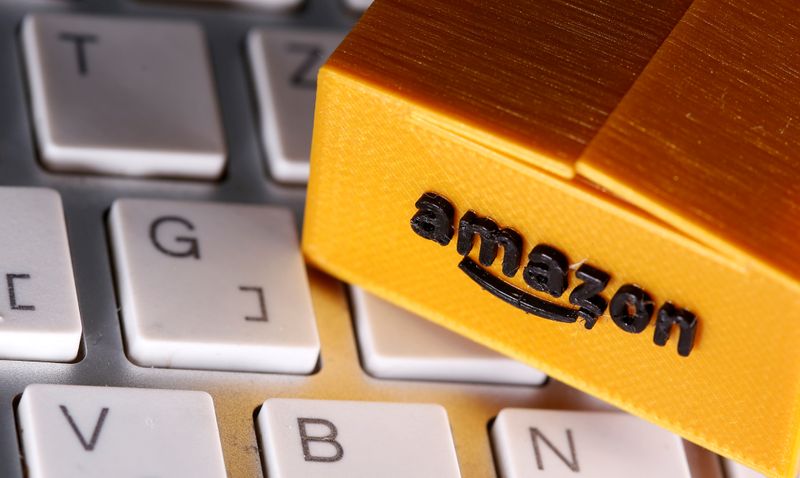 WASHINGTON (Reuters) – A U.S. judge on Friday put on hold a suit by Amazon.com Inc (O:AMZN) challenging the Pentagon’s decision to award a $10 billion contract to Microsoft Corp (O:MSFT).

Judge Patricia E. Campbell-Smith granted the Pentagon’s request to halt further action on the lawsuit to allow the military to reconsider aspects of the decision being challenged by Amazon, originally considered to be the favorite to win the award. She ordered the case to remain on hold until August 17, but said it could be extended or shortened depending on the length of the review.

Known as Joint Enterprise Defense Infrastructure, or JEDI, the cloud computing contract is intended to give the militarybetter access to data and technology from remote locations.

The Amazon lawsuit, filed in November, said the Defense Department’s decision was full of “egregious errors,” which were a result of “improper pressure from President Donald Trump, who launched repeated public and behind-the-scenes attacks” to steer the contract away from Amazon “to harm his perceived political enemy”, Amazon head Jeff Bezos.

Campbell-Smith released an opinion on March 7 that said Amazon was likely to succeed on a key argument of its challenge, namely “the merits of its argument that the DOD improperly evaluated” Microsoft’s data storage in one price scenario. She said Amazon is likely to show that Microsoft’s scenario was not “technically feasible” as the Pentagon assessed.

The opinion did not mention Trump or address Amazon’s claims of improper influence.

The Pentagon had said it would reconsider its evaluation of the technical aspects of the scenario cited by the judge if she sent the contract back to the military for further review. The Pentagon added that would give it the “opportunity to reconsider the award decision at issue in light of (Amazon’s) allegations.”

Defense Secretary Mark Esper has rejected that there was bias and said the Pentagon made its choice fairly and freely without external influence.

The Pentagon’s inspector general on Wednesday said it could not determine whether the White House influenced the award after senior Defense Department officials asserted a “presidentialcommunications privilege.”