Home
Stocks
Key Words: Man who warned of the coronavirus crisis months ago says ‘gut’ tells him ‘a 50% or deeper decline,’ in stock market from the February top likely
Prev Article Next Article 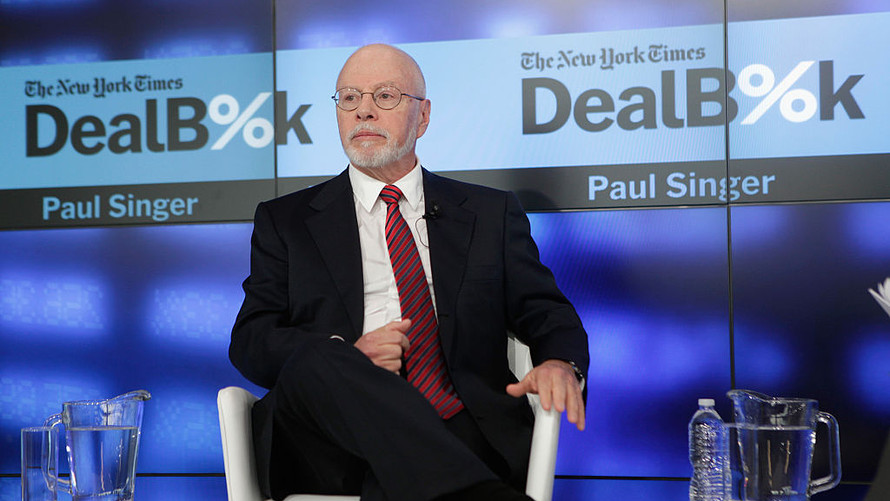 “ ‘Our gut tells us that a 50% or deeper decline from the February top might be the ultimate path of global stock markets.’ ”

The billionaire hedge-fund manager and activist investor, whose net worth is $3.5 billion, according to Forbes, says that America could be facing the deepest recession since the Great Depression.

Reuters reported that the activist investor, who manages some $40.4 billion, issued a Wednesday letter to investors that offered a grim outlook for the economy and recommended purchasing gold, even as a number of countries attempt to lift strict stay-at-home measures intended to slow down the spread of COVID-19, the disease derived from the novel strain of coronavirus that was first identified in Wuhan, China in December.

Check out: The next 45 days are the ‘most critical period in U.S. financial history,’ says stock-market expert who profited in 1987 and 2008 crises

The deadly illness has infected nearly 2.2 million people and claimed more than 146,000 lives globally, according to data compiled by Johns Hopkins University.

The comments from Singer’s hedge fund, which was founded in 1977, comes as investors appear heartened by some signs of progress in a drug to treat COVID-19 and guidelines issued by President Donald Trump to reopen the economy in the near future.

The Dow Jones Industrial Average DJIA, +2.12%, the S&P 500 index SPX, +2.00% and the Nasdaq Composite Index COMP, +1.26% have all gained more than 20% from their mid February all-time closing highs, and were set to gain further traction higher on Friday.

Singer is an acclaimed investor on Wall Street and presciently warned his employees back on Feb. 1 to prepare for a monthsl ong quarantine. He was quoted by Bloomberg News as saying in an internal memo that the spread of the viral outbreak raises significant “uncertainty as to when its geometric growth will level off.”

The hedge-fund investor has been preparing for calamity for years. Three years ago he warned the global financial system was in bad shape and investors were facing the possibility of a big market drop and raised a $5 billion rainy-day fund in preparation for what he described as “all hell” to break out.

Read: America should be ready for 18 months of shutdowns in ‘long, hard road’ ahead, warns the Fed’s Neel Kashkari