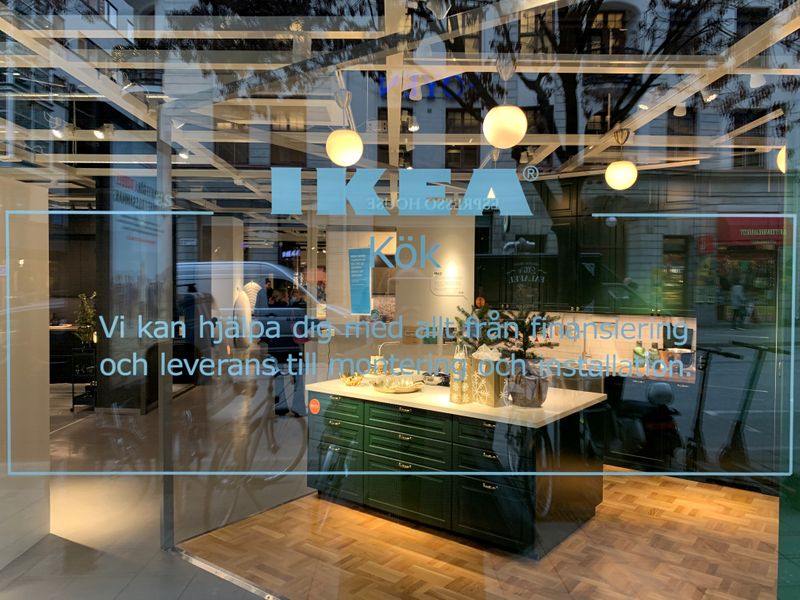 STOCKHOLM (Reuters) – IKEA store owner Ingka Group, the world’s biggest furniture retailer, aims to start reopening shops in Europe in May after closures and sliding demand due to the COVID-19 pandemic slashed group sales by 60%, its chief executive said.

Most of Ingka’s stores in main market Europe and all in North America are closed since March while in Asia almost all are open.

Ingka CEO Jesper Brodin estimates that the closure period for each store will be up to eight weeks. “This is the period we need to persevere and, so to speak, survive,” he said. “The sales drop in the period we’re in is about 60%.”

He said online sales during the COVID-19 crisis were twice as high as a year ago, cushioning the overall revenue dive and accounting currently for roughly half the group total.

“Some countries are close to ten times the e-commerce they had before the outbreak. The most extreme is Denmark where sales have now recovered to levels seen before stores closed.”

The lockdowns and other measures that have resulted in many people staying at home have boosted overall sales of office furniture, laundry baskets, and kitchen and cooking equipment such as pots, pans and jars, he said. In home market Sweden, sales of entire kitchens are up.

Ingka plans to increase stocks of its baby-related products, expecting a boom in demand in seven to eight months. “Crises back in time have resulted in baby booms,” Brodin said.

He said demand was up for items in the lower end of IKEA’s price range. Expecting that trend to continue given the pandemic’s blow to the global economy, the group will cut prices on several products in the coming year, and also work on growing that range.

“Tendencies are similar to what we saw after (the financial crisis in) 2008 – that people have less money,” he said.

Given the acceleration in the online business, Brodin also wants to speed up Ingka’s expansion in inner cities with showrooms and stores that are smaller than the iconic giant out-of-town IKEA stores, he said.

At the start of Ingka’s next fiscal year in September, Brodin reckons group sales will have recovered to around 90% of year-earlier levels, adding: “We expect next year to be tougher for us, without any doubt.”

In China, where Ingka reopened all but one store in March, sales are back to year-ago levels already, Brodin said. The store in Wuhan, where the new coronavirus first appeared, will reopen in a couple of weeks.

Ingka, the main IKEA franchisee to brand owner Inter IKEA, operates 420 stores and showrooms globally. It has not yet set a timetable for the reopening of stores in North America.