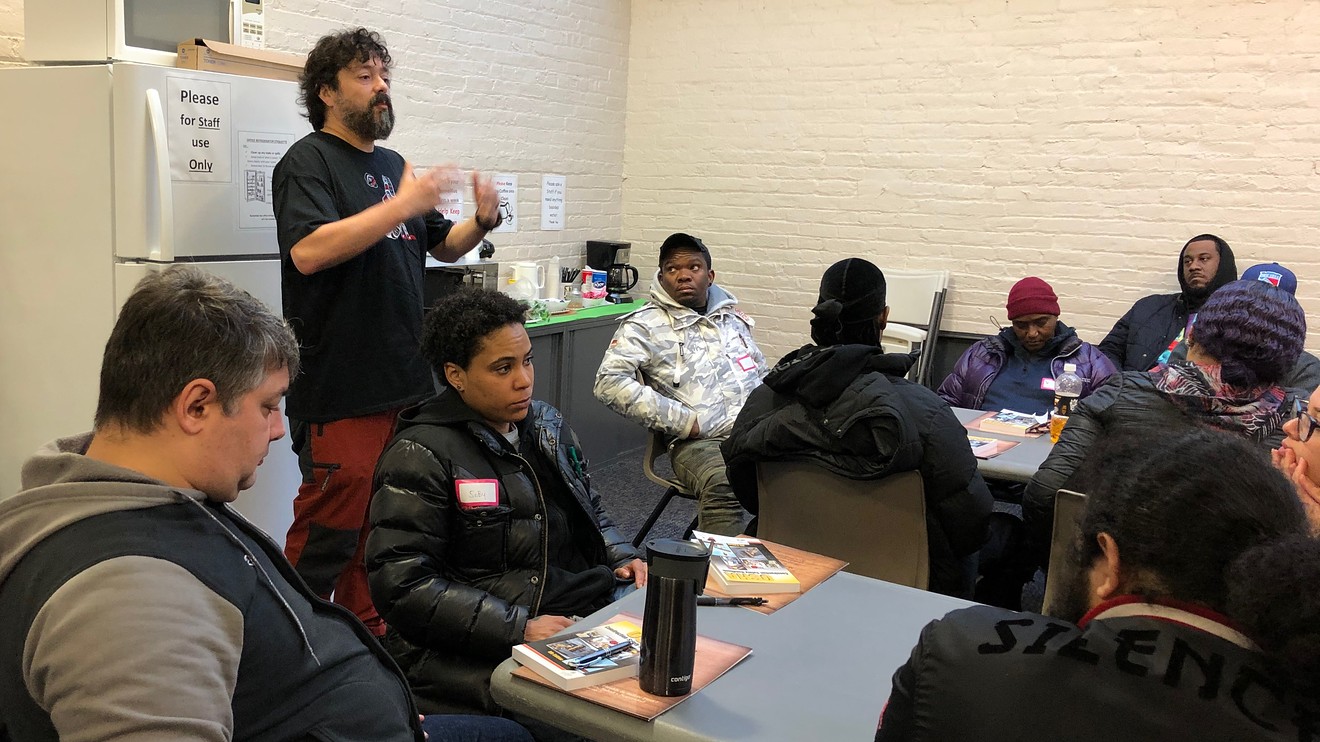 The checks are in the mail, not shiny and gold like the facade of Trump Tower but boldly festooned with the fat, black Sharpie signature Donald J. Trump.

“I don’t care who signs it,” Ahmad Nader was saying on another empty day in New York City, still America’s undisputed coronavirus capital despite the new eruptions in farm states. “It’s not his money. It’s our money. And I’ve already spent it before it arrives.”

Nader is a 36-year-old father of two, a bulky guy with calloused hands, who a month ago was working as a banquet waiter and, when his sister-in-law needed help at her day-care center in Flatbush, a preschool teacher’s aide too. Both positions have evaporated since the social distancing measures came in. Now, the young out-of-work father was waiting on a very short line at the Church Street post office in lower Manhattan, one block north of the World Trade Center, site of a New York disaster that was once the city’s deadliest.

“The help is finally coming,” he said. “I think so, anyway.”

He was at the post office to buy stamps. There are a couple of urgent bills that need paying. Others he will ignore for now. He’s also filed an unemployment claim with the state Department of Labor, which should be supplemented with an extra $600 from the federal emergency CARES Act.

Ahmad Nader is actually among the luckier ones, despite the indefinite sentence he and the rest of us are serving. Not as lucky as the office people who are still employed with their laptops, cellphones and regular paychecks. But all of them are miles ahead of the millions of immigrant Americans—no one knows exactly how many—who always work in the shadows, even on the fattest of days.

“Please don’t forget the people who work in the restaurant kitchens,” Juan Pablo Morales was saying on the phone from the Bronx. “Or making the deliveries or cleaning and disinfecting or doing the landscaping.” Some are risking their lives for meager wages in the viral soup of New York. Others are wishing desperately that they could.

Morales, 32, spends his days with the borough’s day laborers, who wait for work on street corners, under elevated train tracks and in Lowe’s LOW, +4.12% or Home Depot HD, +3.86% parking lots. There’s hardly any work now—and no $1,200 checks for anyone here without the right documents. Guatemalan by birth, Morales studied biology and anthropology at the University of San Carlos and then came north to help support his family by juggling four jobs at once—working at the American Museum of Natural History, teaching at Henry George School of Social Science, walking dogs and tutoring. Three years ago, he was hired by Catholic Charities of New York to work with his day-laboring brothers and sisters.

“You know the expression, ‘We’re all in the same boat together?’” he asked. “No! We’re all in the same sea. Some people have yachts. Some people have a little float to hold on to. Most of the people I see are just swimming with their own strength. They have been in the water for three weeks or four weeks now with no support at all. No network. No legal help. No job. No checks from the government. Just their own strength.”

They are tired, but they have learned not to complain.

Morales shows up every two or three days at all the regular spots. He talks about protection and safety. “Where they are, it is impossible for them to wash their hands. Absolutely impossible. Of course, there is no hand sanitizer. I don’t talk to them about the bad numbers. I talk about what they are doing and how they are coping. I try to bring hope. People are survivors. History teaches that people will survive. But they need hope.”

And there’s never quite enough of it to go around.

These are people who’ve spent lifetimes risking their lives. In Mexico, in Honduras, in Guatemala or in whatever lands they come from—and now here they are risking those lives again. “They live in close spaces under economic stress, which means everyone has to go out every day to work,” Morales said. “They meet a lot of people in different environments without the right training and without the personal protection equipment. And they sleep in the same spot when they come home at night.”

He offers food on his rounds. The answer is often, gracias, no. “It took three weeks of them not having a job to start accepting the food,” he said. “‘Give it to someone who needs it,’ they tell me. “‘I don’t need it yet. Can you get me a job?’ That’s all they want. They don’t talk about the danger or checks from the government. They just keep asking me: ‘Can you get me a job? Do you have a job for me? I need a job.’”

Ellis Henican is an author based in New York City and a former newspaper columnist.