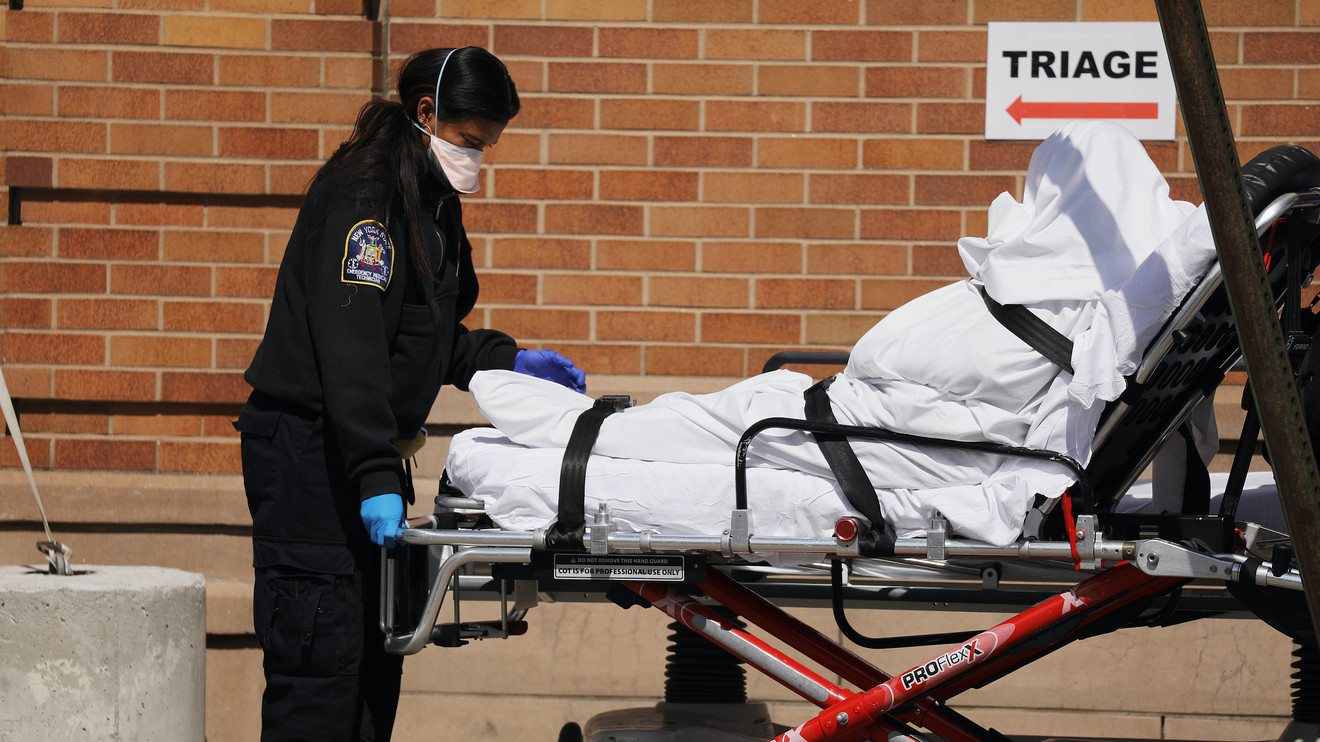 Black and Latino New Yorkers are being hospitalized with COVID-19 at double the rate of white New Yorkers, according to new statistics the city health department released late Thursday.

“We’re in dire need when it comes to black and brown communities,” said state Assemblyman Al Taylor, who joined a teleconference on Friday from his car, where he was parked outside one of a string of funerals he’d attended in recent days. The legislator, a Democrat who represents parts of Harlem and Washington Heights, said he had lost two members of his church and two neighbors from his building to the virus.

The more comprehensive racial breakdown of infection rates, hospitalizations and deaths paints a picture of a health crisis ripping through minority communities with more viciousness. Of the thousands of people who’ve died in the city of coronavirus, roughly one in three were black and 28% were Latino. Together, these communities account for 61% of virus-related deaths despite comprising only 51% of the population. The latest statistics account for 88% of the city’s recorded COVID-19 deaths.

As of Friday, there were more than 122,000 confirmed cases of the virus across the five boroughs and 12,199 confirmed and probable deaths, according to the health department.

Mayor Bill de Blasio, scrambling to bridge the gap in health-care disparities, announced Friday that five new testing centers in high-risk, low-income neighborhoods would be able to test roughly 2,400 residents by next week.

“But that’s going to ramp up quickly,” de Blasio said. “I want to see that number double quickly.”

Three sites, Gotham Health in Brooklyn’s impoverished East New York neighborhood, another Gotham Health center in Morrisania, in the Bronx, and Vanderbilt Health Center on Staten Island, opened to residents on Friday. Another two sites, one in Harlem and one in Jamaica, Queens, a badly hit neighborhood near Kennedy Airport, will begin testing on Monday.

“We’re talking about folks and some of the lowest-income communities in this city, people in communities of color that have borne the brunt of this crisis, immigrant communities, but very targeted to the places we’ve seen the biggest problems and the individuals who are suffering the most,” the mayor said at a briefing Friday morning.

While those five sites ramp up testing capacity, de Blasio stressed that the sites must prioritize the most vulnerable within each community, such as people over 65 and with pre-existing conditions that can make the coronavirus particularly deadly.

He also rolled out a separate initiative focused on health-care workers represented by the 1199 SEIU labor union. That program, in partnership with private company One Medical, will establish five more centers that can test another 3,500 people, mainly union members as well as local residents at high-risk.

“We’re focusing on the groups of people in this city who have been hardest hit by this disease and they’re very, very pinpointed,” de Blasio said.

The ramp-up in testing comes as state and local lawmakers representing minority communities gave impassioned pleas on Friday for help for their constituents, including better access to tests, places to quarantine and rent assistance.

Also on MarketWatch: Immigrant New Yorkers continue to risk their health in search of jobs

There is an acute need for places within minority communities for sick people to quarantine away from other family members, especially given so many frontline and essential workers come from minority neighborhoods like Harlem. And at home, density poses a particular challenge since households in New York City’s black and immigrant communities are often intergenerational and include multiple families under a single roof.

“These are the same people who are living two or three families on top of each other,” said Taylor, the state assemblyman.

His colleague, state Assemblywoman Inez E. Dickens, a Democrat who represents parts of Central Harlem, has called for an empty addiction rehabilitation facility on Park Avenue in Harlem to be repurposed as a place to quarantine mildly ill coronavirus patients close to their homes.

“The hospital protocols say go back home; this is not fair,” Dickens said.

Residents of these densely packed apartment towers, already in derelict condition in the best of times, now have to contend with even less-frequent maintenance and cleaning amid the disease outbreak, said state Assemblyman Robert Rodriguez. A Democrat, he represents East Harlem, where there are 21 public housing apartments, “the highest number of public housing developments in the state,” Rodriguez said, calling for more support for the city’s public housing system.

New York City is no outlier. In fact, fatality data in Chicago and Louisiana have shown even greater degrees of racial disparity from the virus. It also reflects inequities registered statewide.

In New York state, excluding the five boroughs, 32% of people who died from the disease were black or Latino, though those groups make up only 21% of the population. Statewide, more than 14,800 people had died and nearly a quarter million had tested positive as of Friday.

“Were not the bankers and the big executives,” said state Sen. Robert Jackson, a Democrat who represents Washington Heights. “We’re the ones on the line doing the things we need to do.”

In other developments on Friday: