Home
Stocks
Airlines are issuing billions of dollars in vouchers — but can you still get a cash refund for coronavirus-related flight cancellations?
Prev Article Next Article 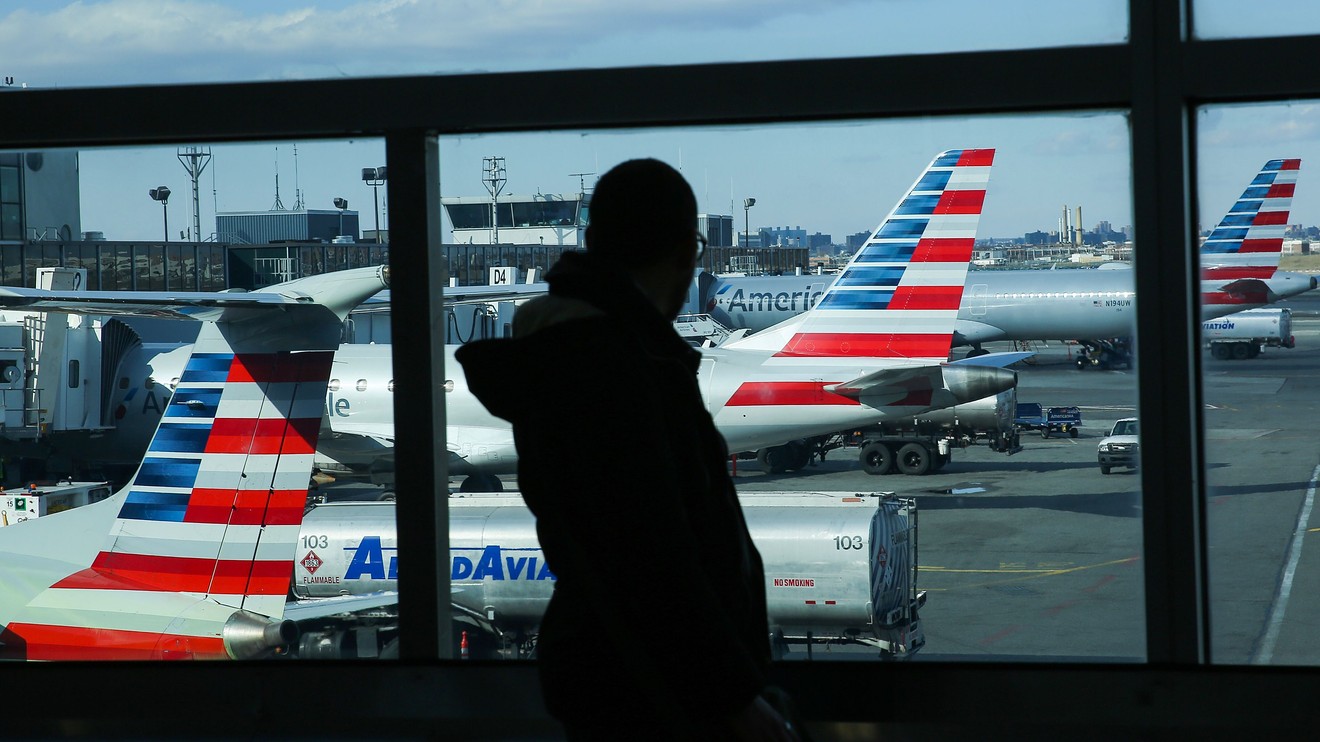 While airlines are providing refunds when they cancel flights, very few carriers are doing so when a customer proactively chooses to cancel a trip because of the coronavirus outbreak, a new report from a group of Democratic lawmakers charges.

U.S. Senators Edward Markey, Elizabeth Warren, Richard Blumenthal and Kamala Harris released the findings of an investigation into airline procedures in the midst of the global coronavirus pandemic.

Air travel has all but come to a halt as the number of COVID-19 cases around the world has continued to grow. Passenger volume is down some 97%, according to industry trade group Airlines for America, reaching levels not seen since the 1950s. The average flight today is only transporting 10 passengers, down from around 100 before the coronavirus crisis, the group notes.

As the coronavirus crisis worsened, airlines quickly began adopting relaxed policies allowing passengers to receive travel vouchers and to rebook trips without incurring fees if they wanted to change their travel plans. But airlines have been stingier when it comes to providing full refunds.

In total, U.S. carriers are sitting on more than $10 billion in customer cash in the form of vouchers, based on the lawmakers’ calculations. While most airlines refused to confirm the value of the vouchers they had extended, the senators used data provided by JetBlue JBLU, +2.86% to reach that amount.

Don’t miss:Delta, JetBlue and 15 other airlines are dropping flight change fees because of the coronavirus outbreak

“If these companies released that money back to the public, it would provide a significant stimulus for struggling families,” the senators said in a joint statement. “That’s why we once again urge the airlines to end their anti-consumer policies and offer real refunds during this emergency.”

The Democratic lawmakers sent inquiries to 11 airlines. JetBlue said in its response to the senators’ inquiry that it issued more than $20 million per day in vouchers to consumers in the first few weeks of March. The senators reached the $10 billion figure based on JetBlue’s domestic market share, assuming that the trend was even across the month of March and across the industry.

Of the airlines contacted by the lawmakers, only Allegiant and Spirit SAVE, +5.45% said they were providing refunds to passengers who voluntarily and proactively cancel their tickets during the coronavirus crisis.

Other airlines, including United UAL, +3.08%, Delta DAL, +6.54%, American AAL, +4.51% and Southwest LUV, +1.66%, told lawmakers they were only providing refunds to customers in cases where the airline itself chose to cancel a flight or significantly alter its itinerary. Therefore, passengers who want to proactively cancel their tickets with these airlines generally can only get money back in the form of a voucher. And in most cases, those vouchers have an expiration date.

Additionally, one airline, Hawaiian HA, +6.97%, said it will provide refunds to customers if they originally received a voucher after they proactively cancelled a flight that the airline then subsequently cancelled.

But these policies aren’t consumer-friendly, advocates say. “There’s no benefit to taking the voucher,” said Chris Elliott, a travel consumer advocate. “All the benefit is to the airline.”

MarketWatch reached out to the airlines that were contacted by the lawmakers. Alaska ALK, +5.90% directed MarketWatch to the company’s policies regarding vouchers.

Frontier Airlines referred MarketWatch to its response to the senators. “Frontier will continue to evaluate our change and cancellation fee policies on an ongoing basis, and Frontier is committed to providing full refunds to customers who are eligible for a refund as determined by the fare rules and Contract of Carriage pertinent to their ticket,” Barry Biffle, CEO of Frontier Airlines , said in the letter.

Southwest told MarketWatch that customers on cancelled flights can request a refund to the original form of payment. In cases where a customer cancels travel proactively, the airline is offering vouchers valid until September 7, 2022. That timeframe was “extended from the usual timeframe of one year from date of purchase, in light of the current circumstances,” a Southwest spokesman said.

“Since the start of the COVID-19 health event we have implemented new policies to give our customers flexibility during these extraordinary times by allowing them to change their travel plans without a fee,” a United spokeswoman told MarketWatch. Eligible travelers can request a refund “if their flights have been significantly adjusted or service to their destination suspended either due to government mandates or United schedule reductions.”

A Delta spokesman said the carrier will “provide full refunds to eligible passengers requesting them for whom we have cancelled a flight or made a significant schedule change.” In March, Delta processed more than one million refunds, totaling more than $500 million, the company said.

“ There’s no benefit to taking the voucher. All the benefit is to the airline. ”

Customers face challenges in securing refunds, even when they’re entitled to them

While airlines say they have provided millions of dollars’ worth of refunds to consumers after cancelling thousands of flights during the coronavirus pandemic, many consumers have complained about getting those funds.

Consumer rights law firm Tycko & Zavareei has filed class-action lawsuits against Southwest and Spirit, alleging that many consumers aren’t receiving the full refunds they’re entitled to after those airlines have cancelled flights in recent weeks.

Advocacy group Consumer Reports said thousands of people across the U.S. have contacted them, claiming that airlines were only giving travel vouchers for canceled flights instead of cash refunds.

“Many airlines have been obfuscating this right by offering travel vouchers as the default option, requiring passengers to take burdensome steps to request refunds instead,” the Democratic lawmakers said in their report.

Earlier this month, the Department of Transportation issued an enforcement notice to remind domestic and international air carriers operating in the U.S. that “passengers should be refunded promptly when their scheduled flights are cancelled or significantly delayed.”

By law, passengers traveling by air in the U.S. can get a refund if their flight is cancelled and they choose not to rebook. Passengers are also entitled to a refund in the event of a significant delay or schedule change, though the Department of Transportation has not defined these terms. The department says it determines whether passengers are entitled to a refund for a significant delay on a case-by-case basis.

“ Passengers should be refunded promptly when their scheduled flights are cancelled or significantly delayed. ”

That has created a gray area for airlines though, Elliott said, which could make it harder for consumers to get a refund.

And while airlines are set to receive billions of dollars in bailout funds from the federal government, that money is meant to help the companies’ employees and not consumers, analysts said.

How to get a refund from an airline

Certain steps a consumer takes will improve the likelihood of receiving a refund in a timely fashion, according to consumer advocates:

• Contact the airline in writing. Phone lines at most airlines right now are flooded with people cancelling or changing travel plans. “Don’t try to call,” Elliott said. “They will put you on ‘hold’ for half an eternity.” Instead, he recommends putting requests in writing.

• Take your request to social media. If you’ve been denied a refund, you might have luck if you complain on Facebook FB, +1.69% or Twitter TWTR, +0.56% . “If enough people take this action by posting and tagging the airline or hotel chain, it may cause them to reconsider their policy during this time,” the U.S. PIRG, a consumer advocacy group, recommends on its website.

• See if your credit card company can help. Many credit card issuers are relaxing their own refund rules for travel-related purchases right now, U.S. PIRG said.

• Wait until closer to your travel date. Airlines are bogged down with cancellation and refund requests right now. Waiting will avoid being on hold for an extended period of time. Also, airlines could cancel your flight in the interim, which would make getting a refund easier.