Home
Stocks
This 99-year-old World War II veteran set out to raise £1,000 for the battle against the coronavirus — he’s now topped £14 million
Prev Article Next Article 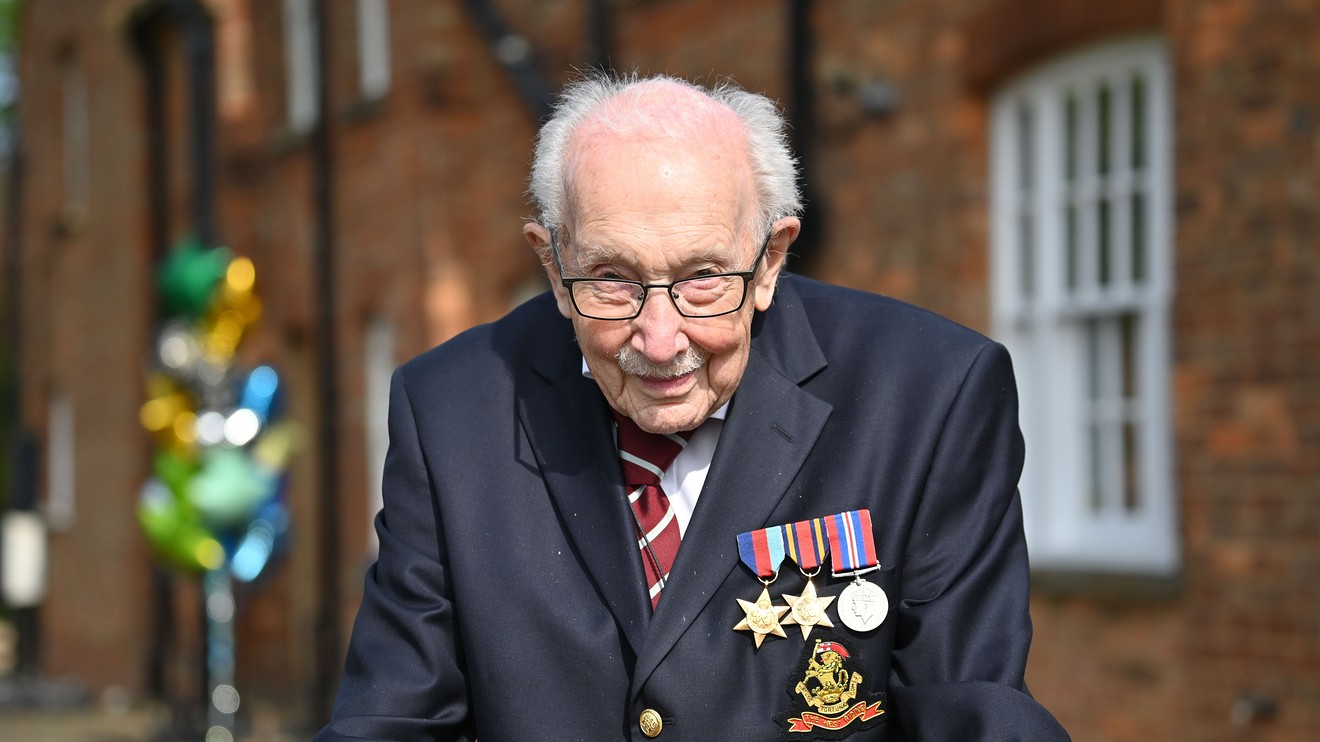 A 99-year-old veteran of World War II has raised over £14 million for the National Health Service’s fight in a very different conflict — the one against the coronavirus.

Capt. Tom Moore broke the crowdfunding platform Just Giving’s record for cash raised by managing 100 laps around his garden with the help of a walking frame. It’s the most money ever raised by a single Just Giving campaign and a little more than the modest £1,000 Moore had originally set out to raise.

Moore turns 100 on April 30 and will now receive hundreds of cards from the viral #makeacardfortom Twitter campaign. A petition to knight the veteran has also notched almost 300,000 signatures, while U.K. Prime Minister Boris Johnson, himself recovering from a serious bout with the coronavirus-borne disease COVID-19, is set to look at ways to reward this latest act of kindness to have emerged in response to the ongoing global pandemic.

Read:‘I don’t need the money, but I do need my friends and family’: Meet the California quilt maker who’s sewing dozens of face masks

“Captain Tom has captured the heart of the nation with his heroic effort and raised an incredible amount of money for hardworking NHS staff. … The PM will be looking at ways to recognize Tom and his efforts,” said the prime minister’s spokesperson.

Moore’s final laps were broadcast live on national television with the backdrop of a guard of honor organized by his former regiment, who saluted him over the line.

U.S. Ambassador to the U.K. Woody Johnson encouraged Moore via Twitter, urging people to support the campaign. He said it is “amazing what people can do” and celebrated the generosity of the donors.

If people keep donating, the near-centenarian will keep walking, having already clocked 1.6 miles in the fight against the “invisible enemy.”

“We set out initially to raise a little bit of money by me walking up and down 100 times in reference to my hundredth birthday,” he said in an interview with Sky News. “The thing is, with this invisible enemy that we’ve got, we’ve all got to look forward to the future. … Whatever people think, we shall get better.”

Moore lives in Bedfordshire with his daughter and two grandchildren, Benjamin and Georgia.

Celebrities from Formula One world champion Lewis Hamilton to England cricketer Ben Stokes have praised Britain’s coronavirus hero, who told ITV News: “In the last war we had our soldiers in uniform, in navy the army and the air force, fighting, but this time our army are in doctors’ and nurses’ uniforms, and they’ve doing such a marvelous job regardless of their own benefit.”

Moore’s campaign crashed the fundraising platform, and JustGiving’s parent company, Blackbaud, made its largest-ever donation, £100,000, to the campaign.

Other heartwarming acts of kindness have included the thousands of citizen-led groups that have sprung up across Britain as neighbors club together to offer support to people in need during the coronavirus pandemic.

Some of London’s top hotels, meanwhile, have provided shelter for the homeless, as Michelin-starred restaurants have dished up gourmet meals for health workers.

Read:Top hotels for the homeless and gourmet meals for health workers — U.K. businesses step up as coronavirus crisis deepens

All this as the British government has announced plans to extend its coronavirus lockdown for another three weeks after a rise in the death toll to 13,729.

Foreign Secretary Dominic Raab, deputized for the prime minister’s convalescence, said on Thursday: “There are indications that measures we have been putting in place have slowed down the virus. Overall we still don’t have the infection rate down as much as we would like to.

“The advice is [that] relaxing any measures would risk damaging public health and our economy. Based on this advice, the government decided the current measures must remain in place for at least the next three weeks. Now is not the time to give coronavirus a second chance.”

Germany has just embarked on a different approach. On Wednesday evening Chancellor Angela Merkel set out plans for a gradual reopening of the eurozone’s largest economy.

The European Commission, meanwhile, has expressed its concerns about uncoordinated approaches to lifting stay-at-home orders.