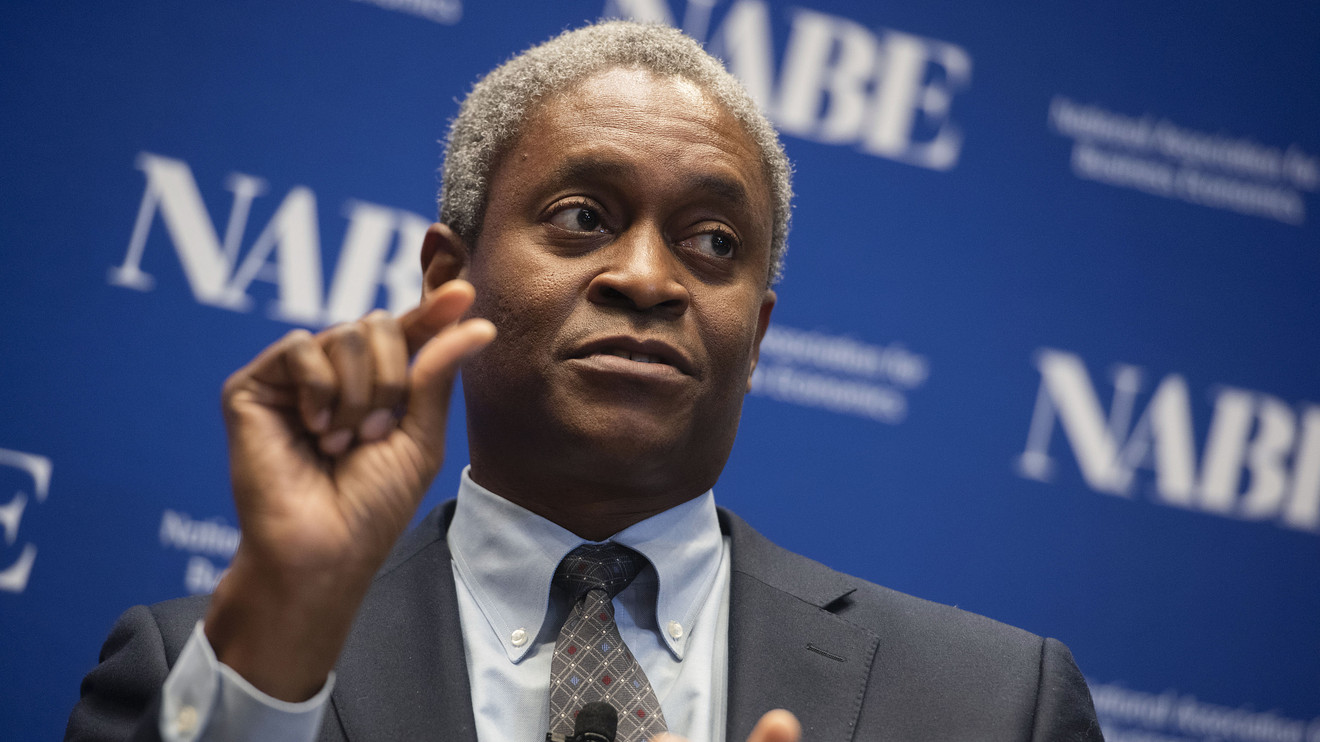 “I will tell you the Great Recession saw more bank foreclosures in my district than anywhere else in the country. And so I’m pretty committed to making sure that doesn’t happen again. And so we’re definitely going to stay on top of this, and make sure that as things progress, we do not leave the mortgage market in a place where there’s going be a lot of disruption and distress,” Bostic said, during a question-and-answer session with reporters.

Bostic was a former housing policy official in the Obama Administration before becoming the first black American to lead any of the Fed’s 12 regional reserve banks.

When he was selected to lead the Atlanta Fed in early 2017, he said he was going to focus on housing issues.

The housing sector has begun to show early signs of trouble as the COVID-19 pandemic has shut down businesses across the country. Early data suggests that sellers are pulling their homes from the market in anticipation of weak demand. And new-home construction activity nosedived in March, even though the viral outbreak only reached a fever pitch in the latter half of the month.

Bostic said that his staff believes there may be currently no transactions in the housing sector — an unprecedented experience — because they rely so much on local government offices shuttered by the coronavirus outbreak.

Bostic also said the introduction of forbearance on mortgage payments does put credit stress on a mortgage servicers. He said his team was focused on “if and when those stresses start to get to unsustainable levels.”

Mortgage servicers have put a lot of pressure on the White House for help to address the problem they face due to the forbearance. Some housing experts have warned that mortgage servicers could go out of business if they don’t receive government assistance.

The $2.2 trillion CARES Act economic rescue package passed by Congress included a provision guaranteeing that any homeowner with a federally-backed mortgage could stop making mortgage payments for up to a year if they face financial hardship because of the COVID-19 epidemic. Borrowers have quickly sought to take advantage of this as millions of Americans have lost their jobs or been furloughed in recent weeks.

Under the CARES Act provision, servicers could allow borrowers to forego their monthly payments for up to 12 months, but the mortgage firm is still on the hook with investors, owing them their cut of the payments.

“The government has basically put in place a program that allows borrowers not to pay but it’s done nothing to backstop the servicers who are going to need that cash to make the payments themselves,” Rick Sharga, a mortgage industry veteran and founder of CJ Patrick Company, a real-estate consulting firm, told Marketwatch.

Bostic did not address whether he would support a Fed lending facility for servicers but he said in general he favored more Fed help for the economy than less.

“I would not be supportive of just holding stuff in the pocket. If there were places we saw that there could be a useful deployment of resources, I’m going to be supportive those sorts of approaches,” Bostic said.

Mark Calabria, who leads the Federal Housing Finance Agency, says he sees no evidence of a systemic crisis among non-bank servicers.

“I will just tell you we certainly have our eyes on that as a key market that does support households,” Powell said.

Ian Katz, an analyst with Capital Alpha, said Powell’s remarks, while not a commitment to help the sector, were slightly encouraging for mortgage servicers.

“Powell was given an opportunity to express nonchalance…and he didn’t take the opportunity,” Katz said in a note to clients.

There were several other Fed speakers on Thursday.

Dallas Fed Kaplan said he thought there would be a “solid” recovery in the second half after a substantial contraction in the second quarter. A key to the outlook will be how consumers respond and whether they will be more cautious in the aftermath of the crisis, he said.

New York Fed President John Williams said it might take two years for the economy to get back to full strength.