A previous version misstated Stripe’s valuation. It has been corrected. 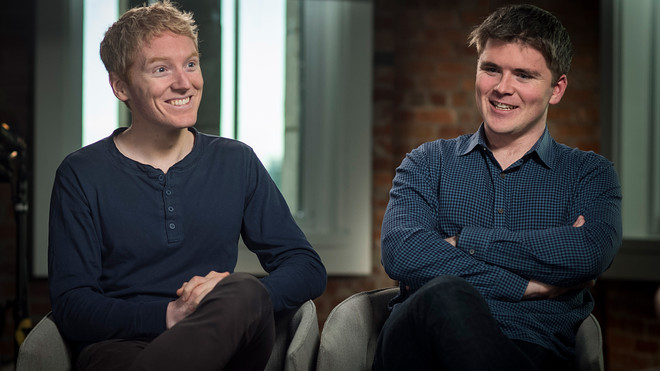 Stripe was co-founded by brothers Patrick Collison, who serves as chief executive, and John Collison, the company’s president.

The COVID-19 epidemic doesn’t seem to be denting investor interest in some of the hottest unicorns.

Payment processor Stripe, one of the most valuable startups, announced a further $600 million in funding Thursday as an extension of its Series G round. That brings the payment-processing company’s private valuation up to $36 billion.

The company had received a $250 million Series G investment back in September that had valued it at $35 billion.

Investors for the latest round included Andreessen Horowitz, General Catalyst, GV, and Sequoia. Stripe disclosed in a release that it has more than $2 billion cash on its balance sheet.

The company is positioning itself as an ever-more-vital player now that the pandemic has forced store closures and curtailed in-person spending. Stripe enables businesses to accept online payments and conduct other business functions.

“The current disruption underscores the need for reliable, easy-to-use infrastructure for internet businesses,” Stripe said in its release.

See also: Square and PayPal finally have a chance to prove they can beat the banks

The company has added Caviar, Coupa Software Inc. COUP, +3.08%, Just Eat, Mattel Inc. MAT, -0.22%, and Comcast Corp.’s CMCSA, +1.80% NBC as customers during 2020 and announced Thursday that it has brought on video-conferencing company Zoom Video Communications Inc. ZM, -0.85% as well. The company “will shortly have facilitated $1 billion in sales for businesses that launched on Stripe since the onset of the virus in the US,” according to the release.

Stripe’s latest round of financing comes amid concerns about payments businesses with heavy exposure to in-person spending or travel spending. Some analysts have argued that PayPal Holdings Inc., which primarily does online business, could hold up better in the crisis than some of its public peers that do more in-store transactions.

Fellow fintech darling Robinhood could also pick up new funding amid the pandemic. The company, which operates an investing platform popular with young adults, reportedly is in the process of raising more than $200 million at an $8 billion valuation.