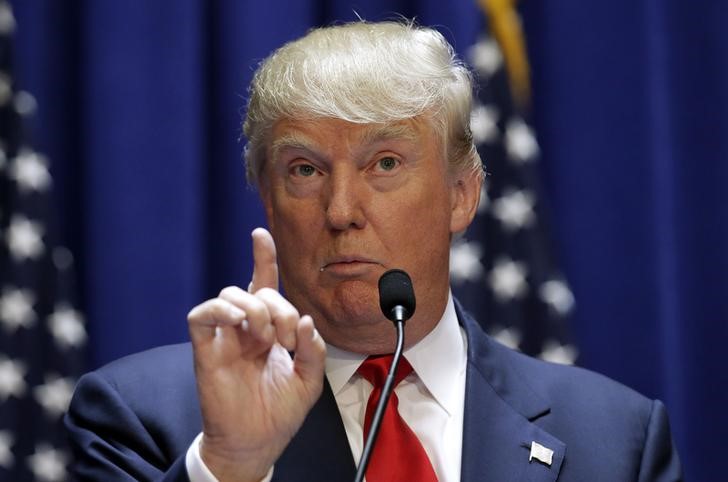 Investing.com – The Dow cut its losses and ended higher Thursday, shrugging off a surge in jobless claims as investors awaited an update from President Donald Trump on the prospect of reopening the economy, even as several states extended lockdown measures.

Trump is set to detail guidelines for opening up America again in a news conference at 6 PM ET (2200 GMT). The press conference comes as the president has recently claimed “ultimate authority” on making the call to restart the economy, much to the bemusement of several governors, including New York Governor Andrew Cuomo.

Cuomo, as well as several other governors of Northeastern states, agreed to extended current lockdown measures into mid-May.

The lockdown measures across the country to stem the Covid-19 pandemic have wreaked havoc on the economy, particularly in the labor market, as shuttered businesses have led to a surge in unemployment claims.

Jobless claims surged by 5.2 million last week, the Labor Department reported Thursday, taking the four-week total to 22 million, wiping out nearly all of the 22.442 million jobs created since November 2009.

The gloomy economic background was reflected in the earnings seen so far this week from Wall Street banks.

BlackRock (NYSE:BLK), meanwhile, rose 3.5%, even as the asset manager reported that funds under management fell below $7 trillion after profit slumped 23%.

Just days after agreeing a  $50 billion bailout package with the Treasury, airline stocks slumped sharply amid concerns the sector is set for a long road to recovery.

“I don’t think air travel will snap right back to where it was here this year, maybe it will come back next year,” said Southwest CEO Gary Kelly. “If this is a real recession and a bad recession, it could take four or five years.”

Tech, however, was up sharply thanks to a surge in chip stocks underpinned by encouraging quarterly results from chip bellwether Taiwan Semiconductor Manufacturing (NYSE:TSM).

Netflix (NASDAQ:NFLX) was also in the spotlight as the streaming device maker is expected to report a jump in new users amid a favorable backdrop as more people turn to streaming giant to pass the time during the government-imposed lockdown measures. Shares rose nearly 3%.