Home
Stocks
Project Syndicate: The spies predicted the pandemic, but they couldn’t foresee a president who wouldn’t act quickly and boldly
Prev Article Next Article 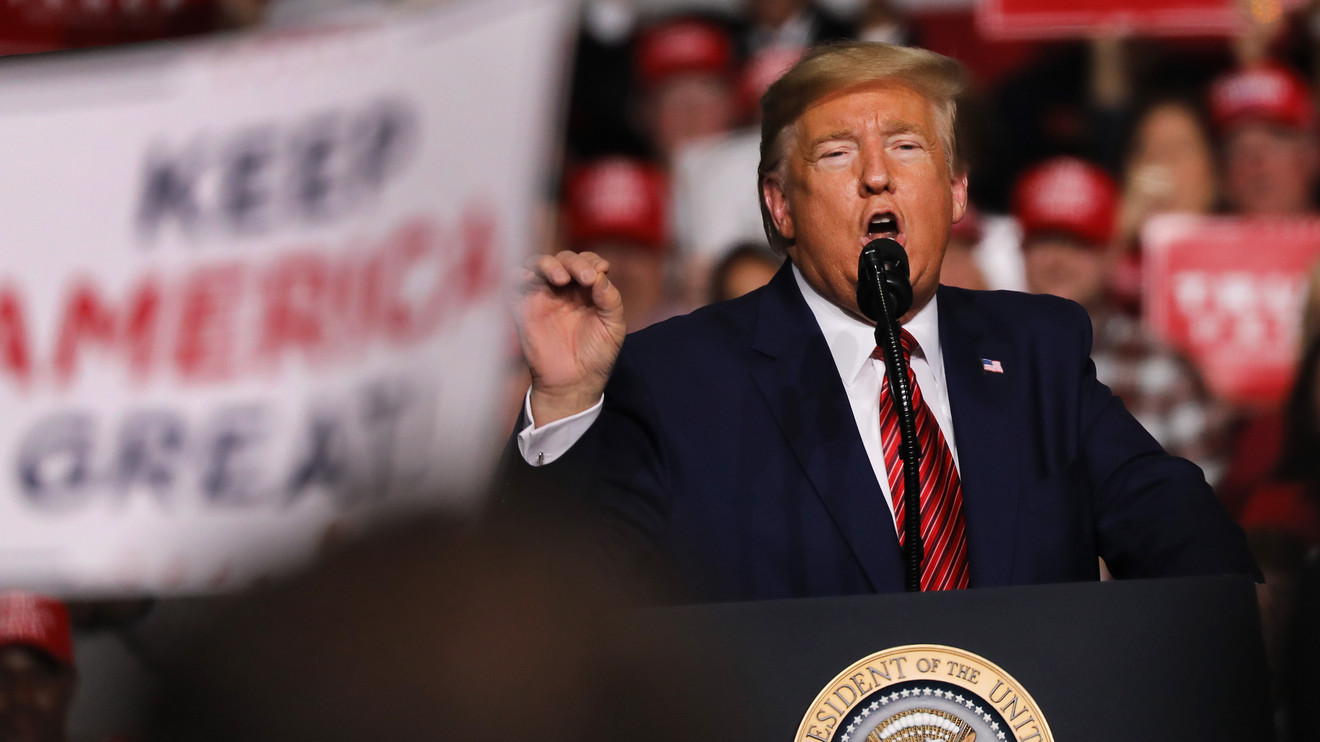 ATLANTA, Ga. (Project Syndicate) — Intelligence agencies are used to making headlines when they fail to do their job. But after months of President Donald Trump ignoring their warnings about COVID-19, and after years of his administration discounting their alerts about the danger of a pandemic more generally, it is time that intelligence professionals receive the credit they deserve.

It should come as no surprise that Trump repeatedly dismissed intelligence about the threat of the coronavirus throughout January and February. Trump has long made clear that he has no patience for those who don’t pander to his views. When intelligence leaders contradicted him on several issues in their annual briefing to Congress last year, he told them to “go back to school.”

This year, the bill for Trump’s war on intelligence is coming due in the form of lost lives and overwhelmed health-care systems. U.S. intelligence agencies had sounded the alarm and even provided the enemy’s battleplan, detailing precisely how a novel coronavirus pandemic would unfold. Still, the wannabe wartime president did nothing. Res ipsa loquitur — the negligence speaks for itself.

“ U.S. intelligence agencies had sounded the alarm and even provided the enemy’s battleplan, detailing precisely how a novel coronavirus pandemic would unfold. Still, the wannabe wartime president did nothing. ”

Most Americans will never see the raw intelligence and in-depth analysis that the president receives every day, nor can anyone who is not on the front lines appreciate the sheer breadth of national-security challenges that intelligence analysts and officers must follow. That is why the public briefings by intelligence leaders are so important, especially when they expose the president’s own willful ignorance.

Obviously, public briefings cannot lay out every detail about the issues the intelligence community tracks. But as someone who worked on dozens of unclassified briefings at the CIA, I know that professional analysts do their utmost to portray classified findings accurately, even as they protect their sources and methods.

“ “The United States and the world will remain vulnerable to the next flu pandemic or large-scale outbreak of a contagious disease that could lead to massive rates of death and disability, severely affect the world economy, strain international resources, and increase calls on the United States for support.” ”

Consider the annual threat briefing to Congress, which has been postponed indefinitely for this year. In delivering the assessment, the director of national intelligence offers a unified perspective drawn from a wide array of agencies whose primary job is to find facts and track their implications. In the 2019 briefing that so upset Trump, then-DNI Dan Coats reaffirmed the intelligence community’s conclusion that Russia had interfered in the 2016 election on Trump’s behalf, and warned that Trump’s bromance with North Korean dictator Kim Jong-un had not diminished that country’s nuclear ambitions.

More to the point, the DNI’s annual briefing has repeatedly warned about the risk of a global pandemic.

The intelligence community first raised the alert immediately after President Barack Obama took office in January 2009, when then-DNI Dennis Blair testified that, “The most pressing transnational health challenge for the United States is still the potential for emergence of a severe pandemic, with the primary candidate being a highly lethal influenza virus.”

“ “The emergence of a novel, highly transmissible, and virulent human respiratory illness for which there are no adequate countermeasures could initiate a global pandemic.” ”

Following the 2009 H1NI (swine flu) outbreak, Blair doubled down in 2010, highlighting the potential for a pandemic to disrupt the economy. A “lack of consistent surveillance and diagnostic capability for diseases in animals,” he said, “undermines the United States’ ability to identify, contain, and warn about local outbreaks before they spread.”

Blair’s successor, James Clapper, delivered the same message in March 2013, but also refined the U.S. assessment of the threat with prescient detail. Pointing to the growing danger posed by zoonotic viruses, he warned that “an easily transmissible, novel respiratory pathogen that kills or incapacitates more than 1% of its victims is among the most disruptive events possible. Such an outbreak would result in a global pandemic.”

In foretelling the COVID-19 pandemic exactly, Clapper made clear that, “This is not a hypothetical threat.”

Trump received the same message in May 2017, when Coats highlighted a World Bank assessment predicting that a pandemic would cost the world around 5% of gross domestic product.

Coats then issued the same warning in 2019, testifying that, “The United States and the world will remain vulnerable to the next flu pandemic or large-scale outbreak of a contagious disease that could lead to massive rates of death and disability, severely affect the world economy, strain international resources, and increase calls on the United States for support.”

Is anyone surprised that Coats’s successor isn’t bothering with a briefing this year?

But the DNI’s annual assessments aren’t the only unclassified briefings that show the extent of Trump’s negligence in the face of the pandemic. Every four years, the National Intelligence Council, the U.S. intelligence community’s senior analytical body, produces Global Trends, a forecast of the forces likely to shape the decades ahead. The timing isn’t coincidental: the strategic outlook appears when administrations change, offering presidents a long-term international perspective with which to fashion or refurbish their national-security goals.

Trump has described the COVID-19 pandemic as an “unforeseen problem” that “came out of nowhere.” The authors of the past three Global Trends reports would beg to differ, as would the hundreds of experts whom they consult in constructing their analyses.

Spells it out clearly

Consider the 2008 report, “Global Trends 2025,” which was all but oracular. “The emergence of a novel, highly transmissible, and virulent human respiratory illness for which there are no adequate countermeasures could initiate a global pandemic,” the authors warned. The threat, they added, would likely emerge “in an area marked by high population density and close association between humans and animals, such as many areas of China and Southeast Asia.” Even with limits placed on international travel, “travelers with mild symptoms or who were asymptomatic could carry the disease to other continents.”

From peddling disinformation about the virus to disbanding the National Security Council directorate overseeing pandemic threats, Trump has squandered multiple opportunities to get ahead of the COVID-19 crisis. The health and economic consequences that we are now experiencing have long been predicted.

U.S. intelligence analysts were warning about precisely this scenario for at least 12 years. But even they could not foresee that America would end up with a president willing to sacrifice so many lives on the altar of his ego.