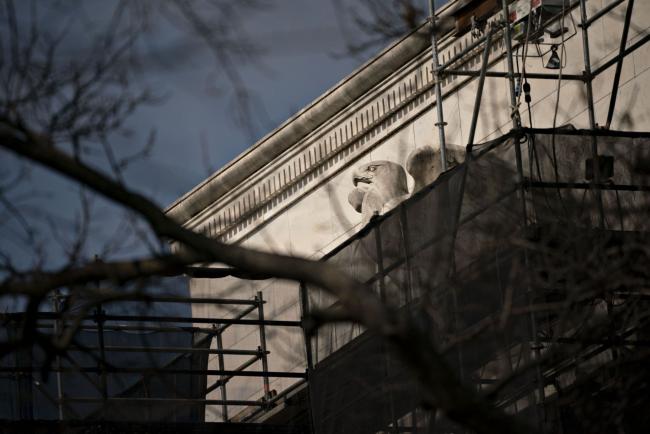 Congress allocated $454 billion to backstop Fed lending that could expand to as much as ten times that amount in the $2.2 trillion virus relief bill signed into law by President Donald Trump on March 27. The Fed has announced nine programs to help get businesses through the pandemic shutdown, spanning assistance from bridge loans for municipalities, to helping banks push out billions in loans to small- and medium-sized businesses.

The Fed says it is working on a system of robust reporting, though it’s not clear if that will include specific details on which companies received aid. Fed Chairman Jerome Powell and Treasury Secretary Steven Mnuchin will face intense congressional scrutiny on who got money and why.

Mike Crapo, the Idaho Republican who chairs the powerful Senate Banking Committee, wrote to Powell and Mnuchin on Thursday to highlight the panel’s role in providing “robust” oversight of the programs, while urging that they work quickly to get them up and running.

That call came a day after the sole member of a congressional oversight board — a former top staffer for Democratic Senator Elizabeth Warren — asked Powell directly for information on who was getting cash. Bharat Ramamurti said in a letter to Powell that the central bank had not “announced what information it will publicly release” about its dealings with private companies, or even whether it would release the names of individual beneficiaries.

The Fed launched its initial emergency facilities on March 17 when it offered support to primary dealers in U.S. government bonds and the commercial paper market. It continued to expand the aid as pressure mounted from the virus lock-down. On April 9 it unleashed more measures, including a Main Street loan program, and announced it would buy certain types of high-yield debt. By Thursday, four of the nine programs were fully operational.

Bharat, who previously led Warren’s investigations into Wells Fargo (NYSE:WFC) & Co., is already preparing for the committee’s first public report on Powell and Mnuchin’s work, due around May 8. The legislation requires the report 30 days after the Treasury and Fed exercise the emergency lending authority. The committee is subsequently required to provide an update monthly.

But the committee’s investigation contains what critics view as an irony. Congress could have set up its own lending board made up of Fed officials and other technocrats to oversee and dole out money. Instead, they gave the Treasury and Fed wide discretion.

The virus-relief bill provides the Treasury Department with funds that can be leveraged up to $4.5 trillion in liquidity through the Fed.

Congress attached strings to any funding Mnuchin doles out in some programs, ranging from prohibitions against interfering with union organization to limitations on off-shoring jobs. The Fed is adhering to some of the restrictions, asking companies to adhere to limitations in the law on stock buybacks, dividends, compensation, and to make “reasonable efforts” to retain employees during the term of the loan.

“As Congress contemplates loan forgiveness or direct support to firms that are on the brink, it’s reasonable for some conditionality to be attached,” said Nathan Sheets, who has worked at both the Fed and the Treasury Department and is now chief economist at PGIM Fixed Income.

But lending by the Fed is “geared toward broad classes of firms, not to a single sector, and with an explicit expectation that the firms are otherwise solvent and that the lending will be repaid,” he said.

Fed programs that buy securities directly in the market are aimed at a broad universe of companies, and it would difficult to apply constraints. “As businesses get larger, the struggles to apply the regulations to the international aspects” of their operations “becomes more difficult,” said Charles Morton, a partner at the law firm Venable LLP.

“With the Fed programs, they can claim to be one step removed and the assistance is provided through a facility rather than being directly negotiated with each company,” the way Treasury’s loans and loan guarantees are set up, according to Stephen Myrow, a former Treasury official during the global financial crisis.

Congress’ limitations on aid from Treasury or the Fed were hotly debated between lawmakers and the Trump administration, according to another person familiar with the matter. Congress had the opportunity to change some of the restrictions on the Fed that were imposed under the 2010 Dodd-Frank Act — specifically a provision that banned bailouts of individual companies — but lawmakers ultimately decided against it.