Home
Stocks
Earnings Outlook: AMD is set up to withstand coronavirus in the short term
Prev Article Next Article 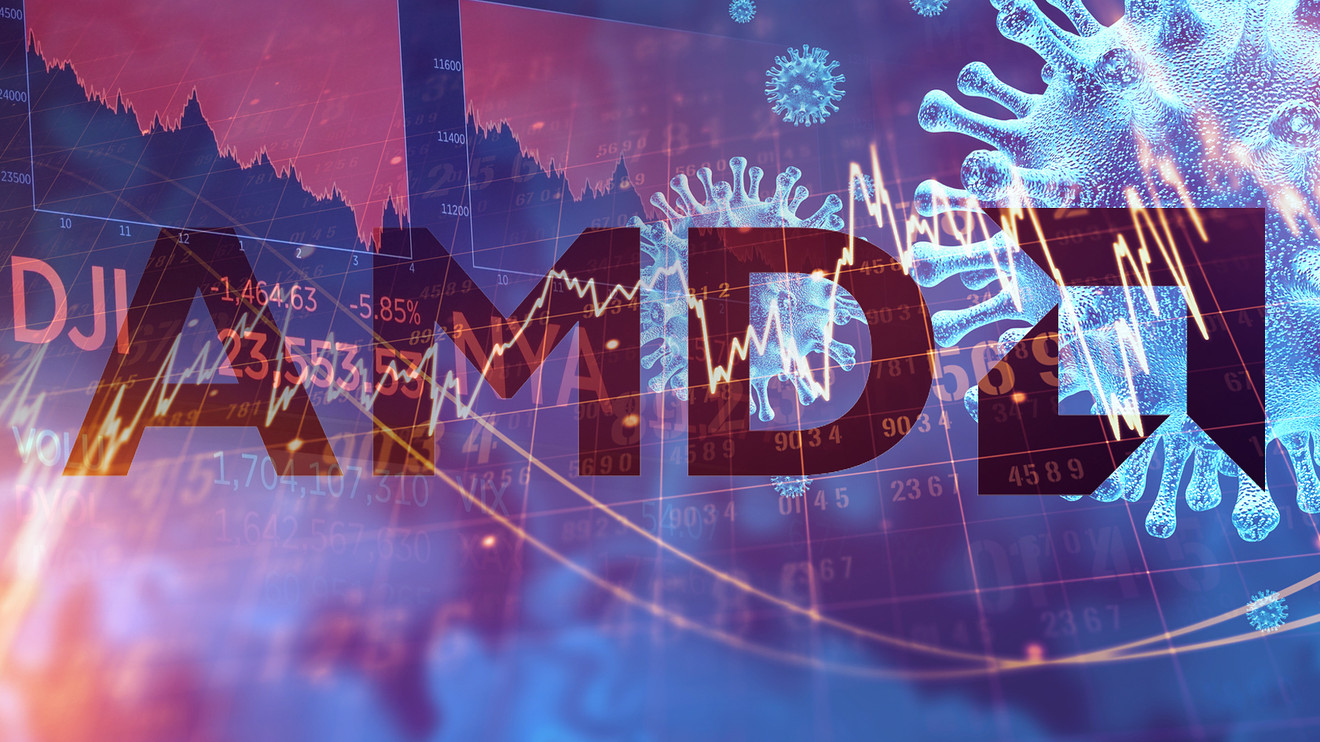 This article is part of a series tracking the effects of the COVID-19 pandemic on major businesses, and will be updated. It was originally published on April 16.

Advanced Micro Devices Inc. could withstand the COVID-19 pandemic because it serves two areas in demand for millions of people being confined in their homes — work and play — but a prolonged economic downturn muddles that picture.

AMD US:AMD has become a fierce contender in the CPU market dominated by Intel Corp. US:INTC and the GPU market dominated by Nvidia Corp. US:NVDA with its new 7-nanometer line of chips. Even before the COVID-19 pandemic ramped up, AMD was forecasting strong growth, especially in its data-center business, where it was competing with Intel again after many years of avoiding the server-chip business.

Business in the age of COVID-19: Read profiles of how other large companies will be affected by the coronavirus

Now that millions of people are working from home and millions more are confined due to shelter-in-place orders, there could be increased demand for chips that power data centers and cloud services as well as the devices on the other side of the internet connection. That demand is expected to remain strong in the first half of the year, when businesses have had to rush out and buy millions of laptops for the now at-home workers, and demand for video-game consoles and graphics chips is expected to increase as other non-home entertainment options dwindle.

AMD continued launching new products in the first few months of the year, and revealed an ambitious multiyear roadmap at an analyst day in early March.

As for the second half of the year, some analysts have cautioned a possible dropoff brought on by recessionary concerns, but AMD has yet to backtrack from its long-term outlook as it banks on its continued rollout of 7-nanometer-based chips.

Speaking for the broader chip sector, Cowen analyst Matthew Ramsay warned investors not to get too excited about a COVID-19 surge in chip sales given supply disruptions and over-ordering. One case in point, global PC shipments in the first quarter dropped even as demand spiked as China shut down factories for an extended period in February. Plus, after the initial COVID-19 demand dies down as we head into summer, it is anyone’s guess what the state of the U.S. economy will be given 22 million Americans have filed for unemployment benefits since mid-March.

“We would caution against any near-term, better-than-feared, numbers given the little-to-no visibility environment, and believe it will unfortunately take until JuneQ results announcements in July to fully flush out estimates and form a new ‘consensus’ for most companies in the group,” Ramsay wrote in a note.

What the numbers are saying

Revenue: AMD forecast first-quarter revenue of $1.75 billion to $1.85 billion in late January, and analysts surveyed by FactSet at that time forecast $1.86 billion. The average projection has since declined to $1.79 billion. For the full year, analysts expect sales of $8.5 billion, down from $8.73 billion at the end of January.

Analysts expect a 58% surge in computing and graphics chip sales to $1.31 billion in the first quarter, and a 4% rise in enterprise embedded and semi-custom chip sales — the unit that includes data-center and gaming-console chips — to $458.7 million.

Stock movement: In the first quarter, AMD shares slipped 0.8%, compared with an 18% drop in the PHLX Semiconductor Index US:SOX , a 20% fall in the S&P 500 index US:SPX , and a 14% drop in the tech-heavy Nasdaq Composite Index US:COMP.

What the company is saying

March 15: AMD said it was “continuously monitoring and assessing the situation” with regards to COVID-19 and said it would “continue to make adjustments and mitigate the impact on our global operations.”

• “Our checks also indicate that data-center demand remains robust, while enterprise notebook lead times have extended up to eight weeks. Intel likely benefits to a larger extent from this near-term dynamic than AMD, as enterprise notebook was the last of the Ryzen portfolio to be refreshed — though AMD’s progress in enterprise server and consumer DT/NBs should continue its financial momentum.” — Cowen analyst Matthew Ramsay, who has an outperform rating on AMD and a $60 price target.

• “We see continued strong demand for compute/networking/storage and memory for semiconductor companies exposed to cloud/hyperscale data-center trends due to a continued capacity build-out which started in the 2H of last year and augmented by recent shelter-in-place orders caused by COVID-19 and the rapid initiatives to aggressively enable a remote workforce and a significant step-up of online activities (video streaming, gaming, home shopping, virtual meetings/social gatherings).” — J.P. Morgan analyst Harlan Sur, who has a neutral rating on AMD.