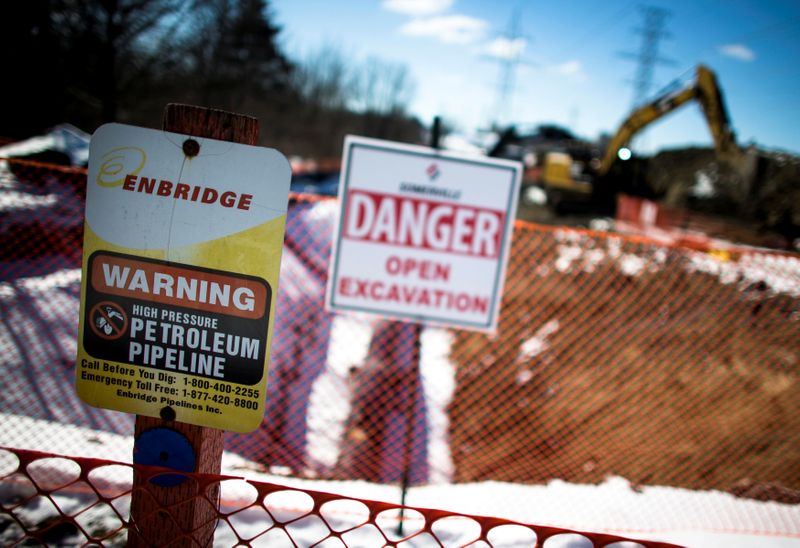 TORONTO (Reuters) – Canadian banks are beginning to relax lending standards for energy firms struggling to operate with oil prices at half the level needed to cover costs, seeking to keep them afloat until the industry recovers from its deepest slump ever.

Banks are extending credit and waiving covenants for some energy companies to avoid forcing defaults and bankruptcies that leave the lenders holding assets, in contrast to some U.S. counterparts preparing to seize oil and gas fields.

While the measures would help stem banks’ loan losses during a difficult year, a slower-than-expected recovery or oil prices consolidating at lower levels could lead to more soured loans longer term in an already challenged portfolio.

By renegotiating credit agreements, banks don’t have to consider the loans impaired, “but the concern is that maybe they’re just kicking the can down the road,” said Brian Madden, portfolio manager at Goodreid Investment Counsel.

Obsidian Energy (TO:OBE), Pembina Pipeline Corp (TO:PPL) and Baytex Energy (TO:BTE) are among the companies that have obtained or extended credit facilities from their lenders recently.

But Obsidian’s lenders – including ATB Financial, BMO (TO:BMO), Canadian Imperial Bank of Commerce and National Bank of Canada (TO:NA), according to Refinitiv data – waived debt-to-adjusted EBITDA covenants while renewing https://www.obsidianenergy.com/press-releases/obsidian-energy-announces-completion-of-agreements-with-our-banking-syndicate-noteholders-and-landlord its credit facility, despite debt of C$461 million at 2019 end, up 10% from the prior year.

Bonavista Energy Corp (TO:BNP) in March got approval under a temporary waiver to tap its credit line for a reduced amount after a CIBC-led banking syndicate rejected an earlier drawdown request.

Still, the majority of banks’ energy loans are to larger diversified companies and lenders are not relaxing requirements across the board.

Banks could lower lending amounts as they recalculate energy companies’ borrowing bases through to May, the total collateral against which they can lend.

Royal Bank of Canada (TO:RY) analysts said in a Wednesday note they wouldn’t be surprised to see between 20-40% drop in borrowing bases on average, though it could be more case specific.

Those reviews are playing out as Ottawa considers ways to backstop banks to keep them lending to energy companies, Reuters reported.

For banks, standing by their clients, who are also a source of non-lending revenues, is the best strategy for now.

CIBC is providing new credit lines, helping companies restructure where needed and “is ensuring they have the financial strength to deal with this very unique challenge,” CEO Victor Dodig told Reuters.

U.S crude has slumped almost 70% since January to less than $20 a barrel despite an agreement over the weekend between Saudi Arabia and Russia to slash production. Although highly variable, the majority of the Canadian industry needs oil prices above $40 to maintain volumes and cover costs, according to RBC .

Oil producers have responded by cutting spending and laying off workers.

Toronto-Dominion Bank (TO:TD) expects stresses in the industry if prices fail to recover, but the bank continues to “be there for them,” CEO Bharat Masrani told reporters this month.

But some analysts expect even the bigger companies to face pressure if prices stay soft for long.

Barclays (LON:BARC) analyst John Aiken said that, while he’s not overly concerned about banks now, “even if we’re not seeing any cracks being formed, the outlook is more negative, and banks are going to be required to put up more reserves against these loans.”