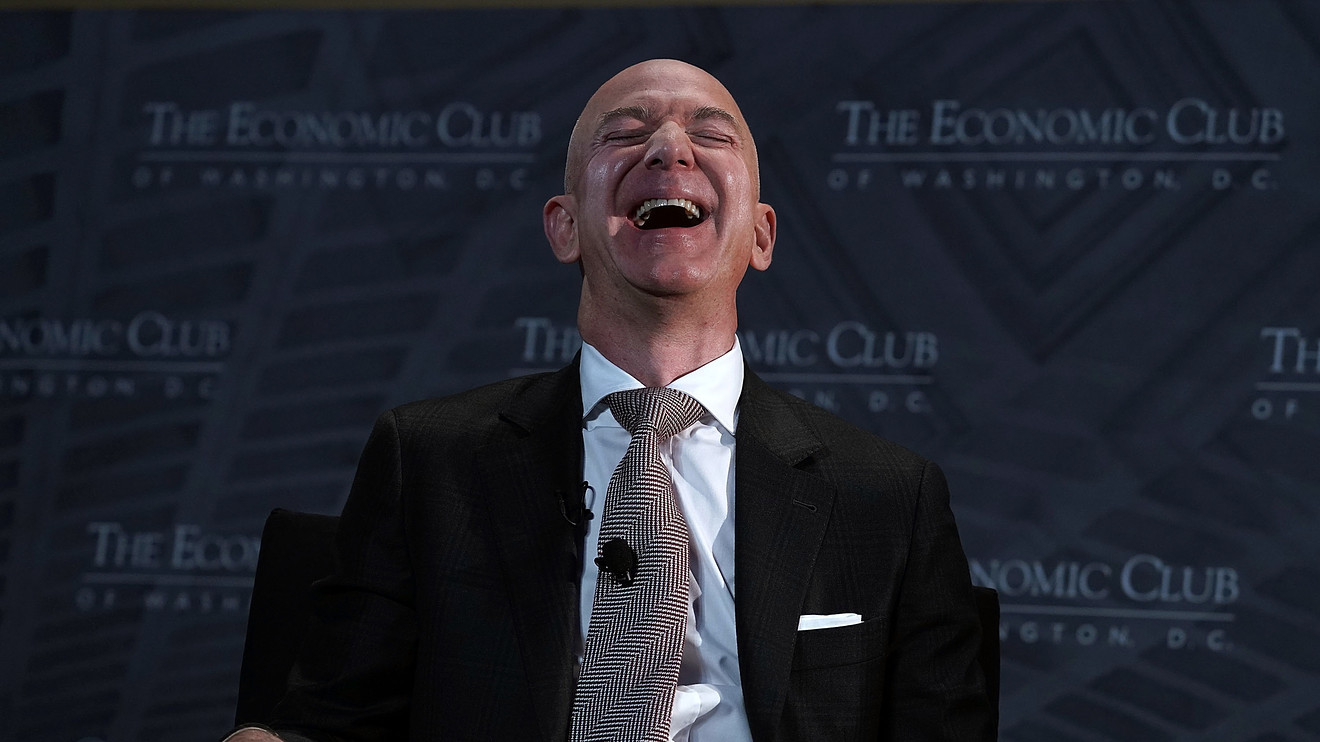 Jeff Bezos is the richest person in the world and runs the third-largest company by market capitalization in America, so there’s a good chance he doesn’t much care that his “low” base salary, which is just a little more than double that of Amazon.com Inc.’s median U.S. employee, hasn’t changed since the company went public.

The Amazon chief executive’s total compensation last year was $1,681,840. That included $1.6 million in security services for Bezos, in addition to the security arrangements provided at the company’s facilities and for business travel.

“We believe that all company-incurred security costs are reasonable and necessary and for the company’s benefit, and that the amount of the reported security expenses for Mr. Bezos is especially reasonable in light of his low salary and the fact that he has never received any stock-based compensation,” the company stated in the proxy statement.

Basically, Bezos doesn’t need stock-based awards, given that he already owned 55,495,676 Amazon shares as of April 3, or 11.15% of the shares outstanding. Based on current stock prices, the value of his stockholdings exceeded $133 billion.

According to the Bloomberg Billionaires Index, Bezos’ total net worth of $140 billion as of April 15 made him the world’s richest person, well above Bill Gates, co-founder of Microsoft Corp., in second-place at $103 billion.

Amazon’s stock surged more than 4% Thursday, for its third-straight record close, as the company benefited from a surge in e-commerce demand with the COVID-19 pandemic resulting in stay-at-home mandates.

That means Bezos’ salary was just 2.2 times that of the median U.S. full-time employee, while his total compensation was 45.9 times.

For all of Amazon’s global compensated workforce other than Bezos, the median compensation last year was $28,848, making the CEO pay ratio 1 to 58.