Home
Stocks
The Margin: Jim Cramer explains the ‘everything that is wrong with America’ visual that Ocasio-Cortez helped go viral
Prev Article Next Article
This post was originally published on this site 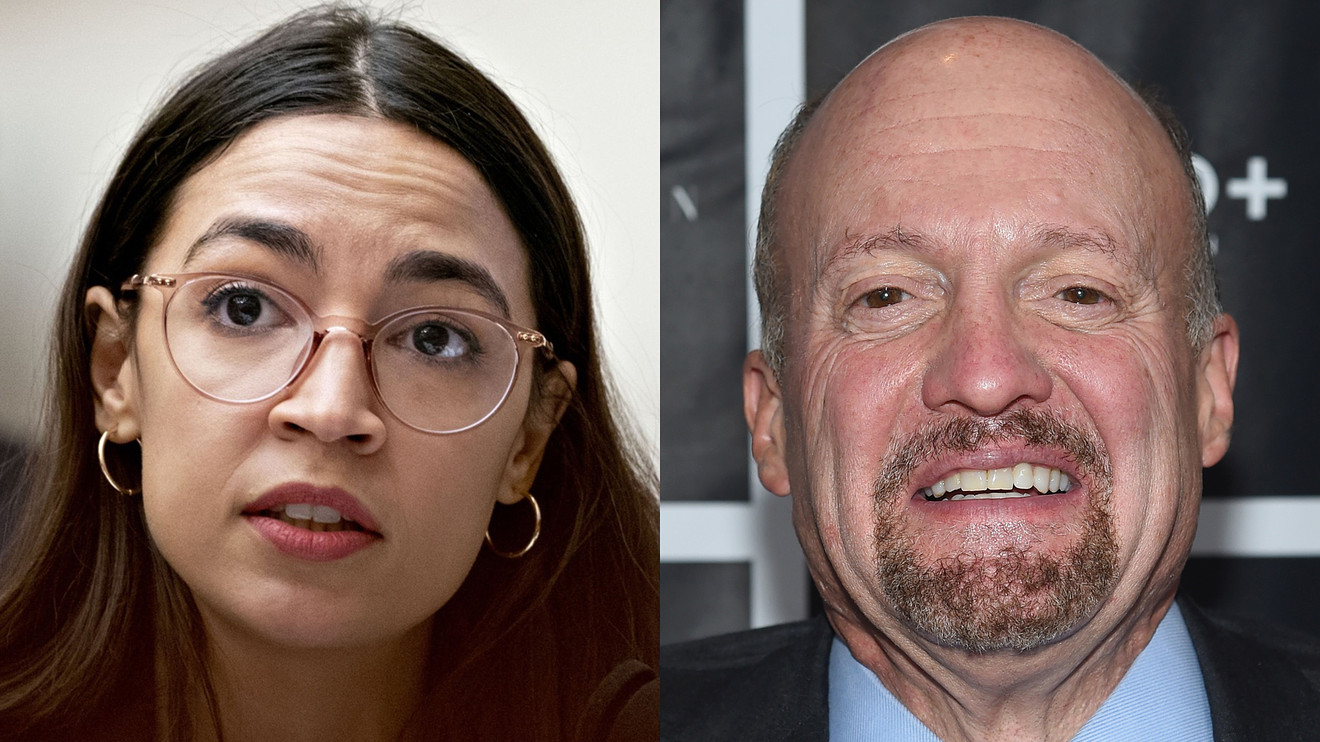 Last week, the stock market caught fire even as historic job losses painted a grim economic reality — the stark disconnect was captured by this screenshot that blew up across social media:

Cramer addressed all the buzz on his show on Tuesday.

“There’s a seething anger sweeping this country and it’s directed point-blank at Wall Street,” he said on “Mad Money” after the closing bell marked the end of another market advance. “This relentless rally seems unfair, it seems senseless and it seems heartless.”

Cramer said he understands why the screenshot might have struck a nerve.

“I agree it’s messed up, but the contrast between a roaring stock market and an obliterated job market does tell you a lot about what’s happening at this moment,” he explained. “The stock market’s made up of big, huge companies, not the small- to medium-sized businesses that are the backbone of our economy. You don’t have to like it — I know I don’t — but it’s the big dogs with pristine balance sheets and gigantic scale that can survive this lockdown.”

Cramer acknowledged that it might feel more fair if big businesses were getting hit as hard as the rest of the economic landscape, like what happened during the Great Recession in 2007-2009.

“But when big business gets crushed, you get a lot more layoffs,” he said during his show. “You don’t want to cut off your nose to spite your face.”