Home
Stocks
NerdWallet: Why your grown kids don’t want your old stuff
Prev Article Next Article
This post was originally published on this site 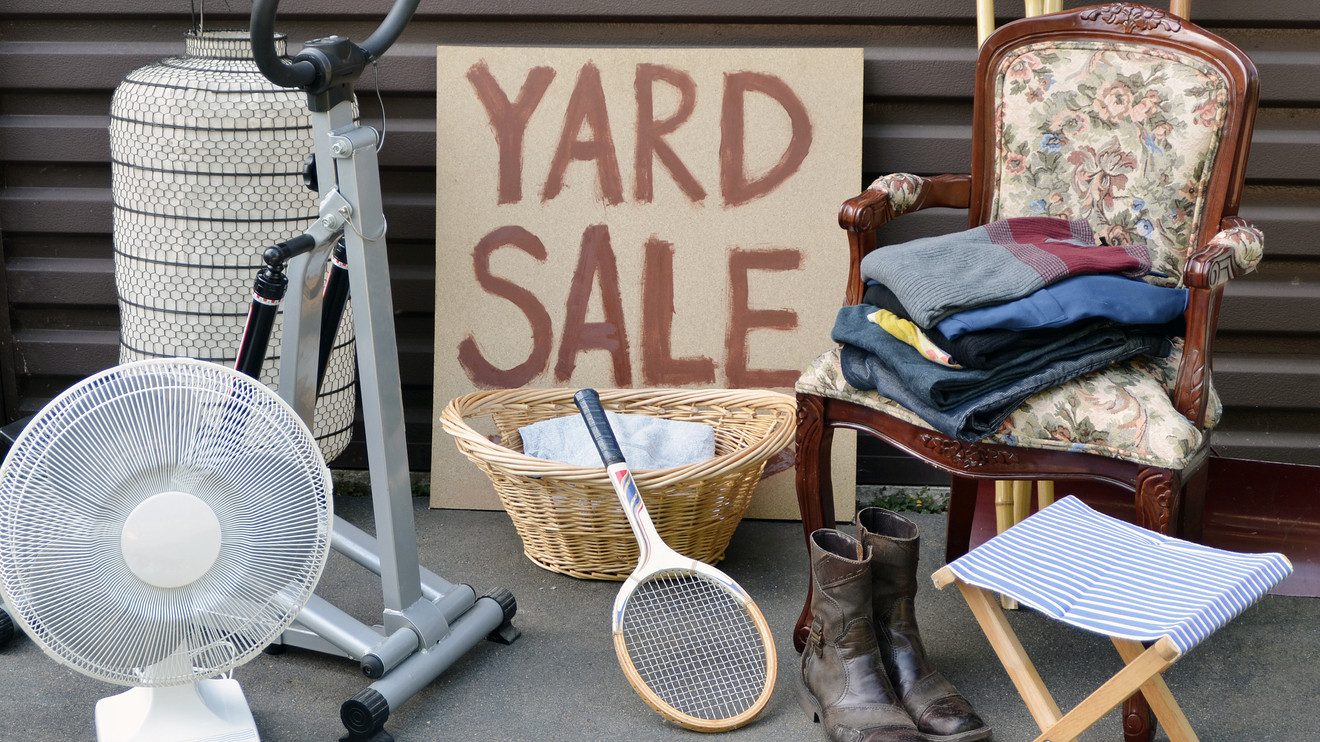 Estate appraiser Julie Hall advises downsizing clients not to take it personally when their adult kids don’t want their furniture and other possessions. But when Hall asked her 23-year-old daughter what she might want from the four-bedroom family home, the younger woman mentioned just three items.

“And I said, ‘Out of this whole house? Honey, we have nice things!’” says Hall, author of several books, including “How to Clean Out Your Parents’ Estate in 30 Days or Less.” “I started to sound like my clients.”

Ultimately, though, as she prepares the Charlotte, North Carolina, home for eventual sale, Hall says she’s grateful for her daughter’s honesty.

“I can’t be mad at her because she spoke her truth,” says Hall, a widow in her 50s. “And she’s given me permission to let go of whatever else I don’t want.”

An avalanche of stuff

Baby boomers are famously poised to pass trillions of dollars to their heirs in coming decades, but most of the money will pass from wealthy parents to their already well-off kids. The inheritance many people face is quite different: an avalanche of unwanted china, unfashionable furniture and memorabilia that reflects someone else’s memories.

Younger people understandably dread the task of sorting through a parent’s lifetime accumulation. But many parents still cling to the idea that their kids will change their minds, or their grandkids will want this stuff someday.

Also see: How to hold a successful estate sale

The reality is that lifestyles have changed. Younger people typically don’t have the time or the inclination to polish silver, hand-wash china or iron linens. They often don’t want heavy, dark wood furniture — and neither do buyers, apparently, as values for old furniture have plunged.

Your stuff isn’t worth as much as you think

Appraiser Elizabeth Stewart of Santa Barbara, California, recently appraised a “beautiful” 18th-century highboy, or double chest of drawers, and had to break some bad news to its owners.

“It was an incredible piece. Twenty years ago that thing would have been worth $8,000,” says Stewart, author of “No Thanks Mom: The Top Ten Objects Your Kids Do NOT Want (And What to Do With Them).” “I don’t think you’re getting $800 for it today, because the market has changed.”

Regular, mass-produced furniture is typically worth much less than that, even if it’s well built and in good condition, Hall says. She’s seen entire dining room sets from the 1940s sell for less than $100. Also unloved: large pieces such as armoires and cabinets that would be out of place in modern, more minimalist homes.

“Can you imagine a millennial with a china hutch?” Hall asks.

Ask your kids what they want — and listen to their answers

Of course, there probably is a hutch-loving millennial out there, as well as adult children who would be happy to receive porcelain figurines, a souvenir spoon collection or photo albums full of people they don’t know. Parents should ask what their kids want, Hall says, but it’s important to listen to their answers.

Don’t miss: $100 antique discovered at garage sale auctioned off for $2.1 million at Sotheby’s

“No means no,” Hall says. “And if you assert a ‘yes’ into that ‘no,’ then that’s your wishful thinking, but it becomes a burden for your children down the line.”

People who have items their kids don’t want can check with extended family members before deciding whether to sell or donate — assuming a charity will even want them.

“Some people actually end up breaking [pieces of furniture] down and dumping them because nobody wants the big pieces,” Hall says.

The potential value of possessions can be researched by checking the “sold” listings on eBay EBAY, +2.48% or other auction sites. Another option is to hire a personal property appraiser. Hall suggests getting referrals from an estate planning attorney, and expecting to spend $100 to $350 an hour.

Hall has one last suggestion: Don’t put this off. The older people get, the harder it can become to clear the clutter.

“They’re putting stuff up in the attic when they’re 45, and then they wake up and they’re 85 and they can’t get it down,” Hall says. “The thinning-out process should happen sooner rather than later.”