Home
Stocks
CityWatch: Students in limbo: The educational future for New York City kids is steeped in uncertainty
Prev Article Next Article
This post was originally published on this site 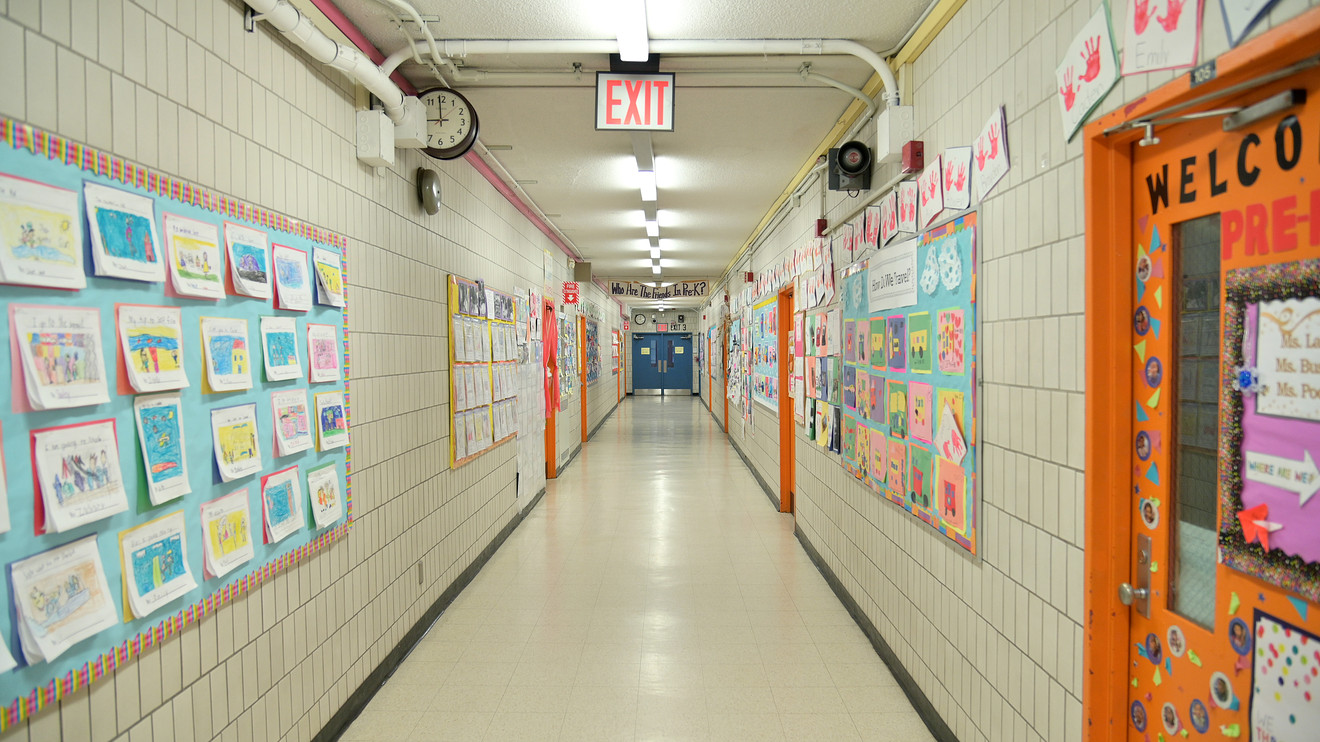 In the nearly four weeks since Mayor Bill de Blasio announced New York City’s public schools would close due to the coronavirus outbreak, teachers have rushed to adapt lesson plans for remote learning while students are struggling to carve out quiet workspace in apartments crammed with family members.

End-of-term grades and projects are in limbo with New York City public schools closed through at least April 29, with a decision on whether they will remain closed for the duration of the school year expected in a couple of days, the mayor said Thursday. And high school students are grieving the special rites of passage that may soon be canceled, if they haven’t already been — prom, senior class trips, and graduation ceremonies.

Meanwhile, the city’s Department of Education set up regional “enrichment centers” to provide care to children of frontline workers and is distributing three “grab-and-go” meals a day to families from 400 locations citywide.

The nation’s largest public school district, which counts about 1,800 schools and 1.1 million students, is experiencing unprecedented educational upheaval — and it’s just getting started.

Looming over all of this is the uneasy question of how students, especially the most vulnerable in the system, will make the transition from grade to grade — and graduate high school on time — when hundreds of thousands of them do not have internet access at home or lack devices they can connect from. (The city Department of Education is distributing tablets to students in need on a rolling basis and prioritizing those who live in public housing, come from low-income families, or are homeless. But the logistics of distribution to students scattered across boroughs makes for a slow process.)

New York City encompasses public, private, and charter schools, each with its own pedagogical approach. Its diverse student population represents every socioeconomic bracket, meaning students do not have equitable access to supplemental resources, like online tutors, at home. So it’s impossible to say how exactly the coronavirus crisis will impede students’ academic progress or how many students will be left back a grade because of the disruption. But this week, the New York State Board of Regents, which sets statewide education policy, signaled that it wants to help students move forward with their studies, not hold them back.

Officials announced Tuesday that Regents exams scheduled for June are canceled; students in grades 7-12 will be exempted from passing the exams in order to be issued a diploma or a grade-level promotion, provided they meet specific criteria — including, primarily, that they pass their coursework this year.

“Every day we see more and more examples of the tireless dedication of educators, administrators and parents to support their students as they continue to learn and work toward a meaningful diploma during the state of emergency, and we are grateful to them for their efforts,” New York State Interim Education Commissioner Shannon Tahoe said in a statement Tuesday. “During this time of great uncertainty, the department has developed this guidance to ensure that students who were on track to graduate this year will have that opportunity.”

The news lifted a weight for educators and students who were concerned that loss of instruction time amid the shift to remote learning would cause test scores to drop and prevent some students from graduating on time, since the Regents exams are a graduation requirement for most students.

The scores are also factored into some school-specific funding streams as well as teacher performance reviews. In one form or another, the exams have served to mark the end of the school year since 1878.

Being fair to students

Given the immense disruption caused by the virus and school closures, it “would be unfair” to test students this year, Andrew Worthington, a special education and English teacher at Pace High School, in lower Manhattan, said in an interview before the announcement. He is a member of the Movement of Rank and File Educators (MORE) caucus of the United Federation of Teachers, one of the groups that petitioned state officials to cancel the Regents exams.

Worthington said his AP English curriculum was already a hybrid of online writing assignments and face-to-face instruction, so adapting the material once teachers shifted to remote learning wasn’t difficult. The biggest challenge, he says, has been trying to engage students who are dealing with a huge amount of stress at home — including those caring for family members who are infected with Covid-19 or are at high risk of infection because of their jobs.

“With all that anxiety and trauma, that’s going to affect their performance,” Worthington said.

As the number of COVID-19 cases and deaths soared last week and the likelihood that classrooms would reopen before the end of the school year faded, advocates and educators had turned up the pressure on state education officials to cancel the Regents.

You might like: Help for frazzled parents: 20 virtual field trips to keep your kids occupied (and learning)

Ian Rosenblum, executive director of the nonprofit Education Trust-New York, called the state assessments “not viable for this school year.”

“It will be critical for districts, teachers, and families to have other accurate information about how the loss of instructional time due to the pandemic may impact students so they can tailor resources and supports to help all students catch up on missed material,” he said in a statement last week

State officials earlier canceled other standardized tests, including the English Language Arts and mathematics tests taken by students in grades 3-8, as well as the science tests taken by fourth- and eighth-graders. English as a Second Language Achievement Tests for students in grades K-12 and the New York State Alternate Assessment for students with severe cognitive disabilities in grades 3-8 and high school will not be held either.

The tests aren’t the only measure of student performance, but canceling them inevitably shifts more weight to alternative assessments such as end-of-term projects. New York City schools will “continue reviewing student progress based on many pieces of student work, which can include assessments, projects and assignments,” Department of Education spokeswoman Danielle Filson said in a statement.

“Our teachers and school leaders will continue to engage their students so that they stay on track to complete their coursework this year,” she added.

Also read: Exclusive: These for-profit colleges could reap up to $1 billion in federal bailout money

Meanwhile, de Blasio proposed $221 million in education budget cuts that would take effect over the current and the next fiscal year; they would target core education priorities such as expanding free pre-K to 3-year-olds, and funding for highest-need schools, Chalkbeat reported.

“Moving to a ‘pass/fail’ grading system is popular and there isn’t much enthusiasm for holding students back,” Merriman said in an email. “Many schools are already thinking about Fall 2020, and how teachers in different grades will collaborate and vertically plan, so they can adjust instruction in order to serve students rather than hold them back.”

Addressing the needs of students with disabilities, those who are homeless or in temporary housing, those who are English Language Learners, and those without adequate access to technology is especially important right now, advocates and teachers say.

Also see: ‘This is online education’s moment’ as colleges close during coronavirus pandemic

“We have serious concerns about the students who cannot access remote learning and students who are not able to demonstrate what they know through remote-learning platforms,” said Ashley Grant, a supervising staff attorney at the nonprofit Advocates for Children of New York.

Another concern, she said, is that 21-year-old students who will age out of the K-12 school system in June may need more time to complete their coursework because of school closures and subsequent gaps in their learning.

“It is critically important that schools have the resources to provide these young people with the academic and other support they need to finish high school and move on to college or career,” Grant said.