Home
Stocks
‘We have to open our country again,’ says Trump, showing impatience with stay-home orders
Prev Article Next Article
This post was originally published on this site 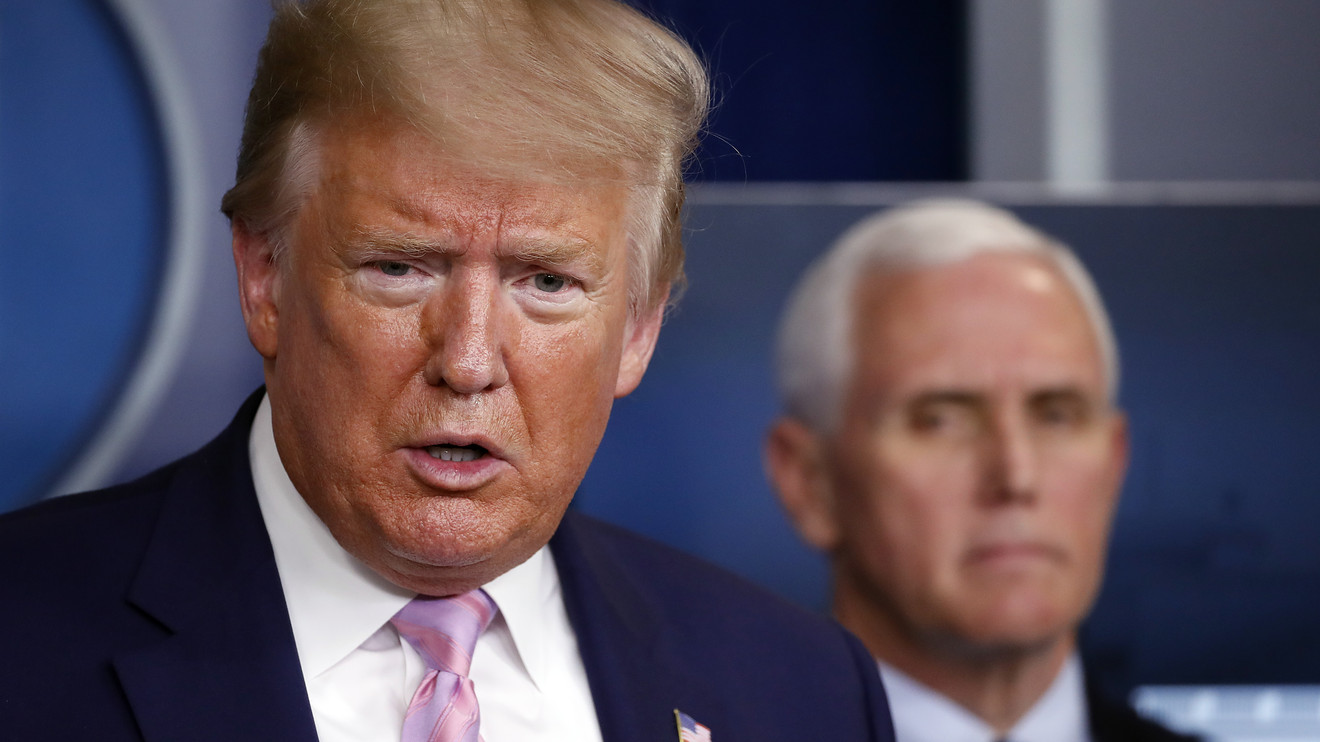 President Donald Trump displayed impatience Saturday with the mandatory stay-at-home orders put in place to fight the coronavirus and shutting down much of the country, saying he didn’t want them to last too long.

“We have to open our country again. We don’t want to be doing this for months, and months and months,” the president said on several occasions during a daily briefing on the COVID-19 outbreak, which touched on a wide range of topics.

The president had spoken earlier Saturday with the commissioners of the major sports leagues, including the NFL, NBA and Major League Baseball.

Asked about tweets from prominent sports journalists that he had told commissioners he hopes the leagues can reopen by August or September, Trump replied: “I can’t tell you a date, but I think it is going to be sooner rather than later.”

Trump said he was considering setting up a task force to focus on reopening the economy.

“The cure can’t be worse than the problem itself,” he said, echoing a phrase he’d deployed previously.

He defended the states resisting calls to shut down.

See:Mapping the states that are putting the rest of the country at risk amid the spreading coronavirus pandemic

Trump suggested that the next congressional coronavirus relief package should include a provision to allow executives to deduct from their taxes the cost of meals and tickets to sporting events.

The president said the Republican National Convention was set for Aug. 24-27 in Charlotte. “We have no contingency plan. We think by the end of August we’ll be in good shape.”

At the same time, Trump and the administration’s health advisers told Americans to brace for bad news in coming days. “This will be the toughest … between this week and next week. There will be a lot of death, unfortunately,” Trump said.

Vice President Mike Pence chimed in: “Do not be discouraged.”

The health officials appearing at the White House briefing warned the next two weeks were a critical period in the fight against the virus. Cases, they said, would continue to rise over this time and so would the death toll.

The president announced that 1,000 military nurses and doctors would be sent to New York City, which has been hit hardest by the pandemic.

Trump went on during the briefing to settle old scores and keep others alive. He again criticized top executives of 3M MMM, -2.98%. The administration wants the company to stop exporting much-needed N95 masks.

Read:3M hits back at Trump, saying ceasing exports would backfire

While refusing to be drawn into details, Trump said that Minnesota-based 3M was not treating the country well. “If they don’t, they’ll have a hell of a price to pay,” he said.

He said he had spoken with Prime Minister Narendra Modi of India and asked that his country once again allow exports of the malaria drug hydroxychloroquine, which the president has been touting as a possible treatment for the coronavirus. “They are giving it serious consideration,” he said.

The president also criticized Capt. Brett Crozier, the former commander of the aircraft carrier Theodore Roosevelt, who was removed from his post after he wrote his superiors demanding help in battling a coronavirus outbreak on his ship.

The president praised the Treasury Department’s new small-business lending program and said there had been no glitches.

He criticized the news media for reporting “false rumors” to gain ratings. “You ought to put it together for a little while, get this over with, and then go back to your fake news,” he said.

Trump even took a shot at Joe Biden, the former vice president and current front-runner for the Democratic presidential nomination. Asked to comment on a tweet from Biden sharply criticizing the Trump White House’s response to the coronavirus, Trump scoffed. “He didn’t write that,” the president said.

Read on: Trump fires the inspector general of the intelligence community, Michael Atkinson; the independent watchdog handled the Ukraine whistleblower complaint that led to Trump’s impeachment