Home
Stocks
The Tell: He nailed the March coronavirus selloff — now he says there’s another 30% to go before the stock market hits bottom
Prev Article Next Article 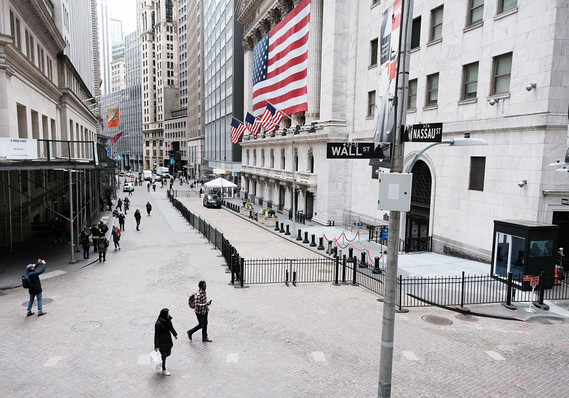 Hedge-fund manager Dan Niles, in a note cited by Yahoo Finance this week, warned his clients way back in February that he was getting “increasingly worried” investors weren’t ready for the impact the spread of the coronavirus could have on the U.S. economy.

But, more importantly, where do stock markets go from? Definitely not higher, if Niles has it right.

“If you go back and look at history, there are nine times that the market has sold off about 30% or so since the 1920s, so it’s pretty normal,” he said this week. “You get one of these every 10 years or so and if you look at every one of them, you always get these bear market rallies.”

Nile told Yahoo Finance that he sees another major drop from here, pointing to valuations that are still hovering well above historical norms, even after the painful pullback.

“Just to get to average, you would have to have the market go down 30%,” he said. “It is very easy to figure out the market probably goes down 30% before we’re even near fair valuation.”

So, no bottom yet?

“I sort of laugh when I hear people talking about a V-shaped recovery because we are going to have at least 10% unemployment, my guess is closer to 20% before all of this is said and done,” Niles said. “You are not going to get a fast recovery with that many people out of a job and we’re not just talking in the United States. We are talking all across the globe there are problems that are happening.”

Nile explained that he’s still adding to his short positions, but he’s also going long in areas he believes to be resistant to the next batch of selling. He said he’s adding to his stakes in Activision ATVI, +4.07% , Take-Two Interactive TTWO, +1.26% and Amazon AMZN, +0.11% .

Check out the full interview:

Stocks came off their highs in Thursday’s session, with the Dow, S&P SPX, +1.12% and tech-heavy Nasdaq COMP, +0.62% all turning lower in afternoon trades.