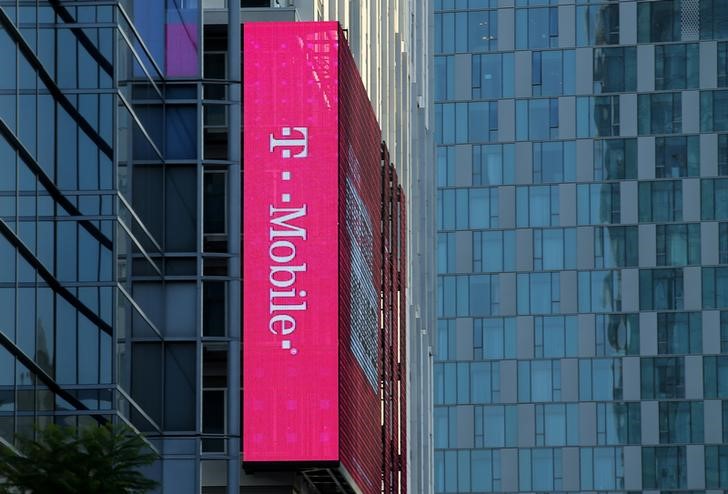 Well, that was quick.

The mobile carrier plans to tap the corporate-bond market Thursday with a deal of about $10 billion, with proceeds helping repay that $19 billion bridge credit agreement (it signed a new $4 billion term loan on Wednesday as well). Even though it’s one of the biggest debt sales of the year, financial markets still remain highly volatile and T-Mobile’s credit rating was cut this week deeper into speculative grade, the company received more than $30 billion of orders from investors, Bloomberg News’s Molly Smith reported.

That’s impressive, considering that the initial pricing levels for this investment-grade offering were already favorable for the company. T-Mobile’s 10-year bonds are expected to yield around 375 basis points more than benchmark Treasuries, Bloomberg News reported, citing a person familiar with the matter. By comparison, a Bloomberg Barclays (LON:BARC) index of triple-B corporate bonds with an average maturity of 11.75 years has a spread of 359 basis points, near the lowest since March 18. That’s close enough — and it’s likely that T-Mobile’s gap will narrow with such a large order book.

It’s even more interesting to compare this new deal, with the lowest investment grades of Baa3 by Moody’s Investors Service and BBB- by S&P Global Ratings, and T-Mobile’s last offering in January 2018, which is speculative grade. The company priced 10-year bonds at the time at a spread of 209 basis points more than Treasuries, to yield 4.75%. T-Mobile’s spreads are now much wider, even though this new debt is “senior-secured,” but 10-year U.S. yields are more than 200 basis points lower than they were 26 months ago. That means the all-in 10-year yield for T-Mobile will probably be about 4.35% — a good deal lower than the previous rate.

This is important context to remember for both companies and bond buyers. The rapid price swings across markets in the past month and the focus on yield spreads have somewhat masked the fact that whenever the outlook starts to stabilize, borrowing costs will once again be as low as ever for creditworthy corporations. The benchmark 10-year yield is a mere 0.6%, near the all-time low closing level of 0.54% set on March 9. Bank of America Corp (NYSE:BAC). technical strategists said in a report Thursday that the benchmark could reach 0% this quarter and potentially even turn negative if governments struggle to contain the coronavirus outbreak.

With so much uncertainty, it’s understandable that T-Mobile seized on this window to get on with its plans. It formally completed its merger with Sprint on Wednesday morning. Mike Sievert, who was named chief executive officer, told Bloomberg TV on Wednesday that the timing of the bond sale relative to the bridge loan was “coincidental.” The fact that the group of banks was ready to help get the acquisition over the finish line was the most prudent first step, he said. Then the company deemed the market had thawed enough to borrow.

“We’ve been watching the markets over the past few days and seeing an improving condition for us to go to the market with this investment-grade offer. Today looked like the right day,” Sievert said. “The last couple of days, obviously we were in the process of taking down the bridge and we had the merger news that made the last couple of days the wrong time to be in the market.”

Obviously, T-Mobile would have had a better borrowing backdrop a few months ago. But large companies are rarely in position to perfectly time the market. In most cases, good reception is enough.

This column does not necessarily reflect the opinion of Bloomberg LP and its owners.

Brian Chappatta is a Bloomberg Opinion columnist covering debt markets. He previously covered bonds for Bloomberg News. He is also a CFA charterholder.