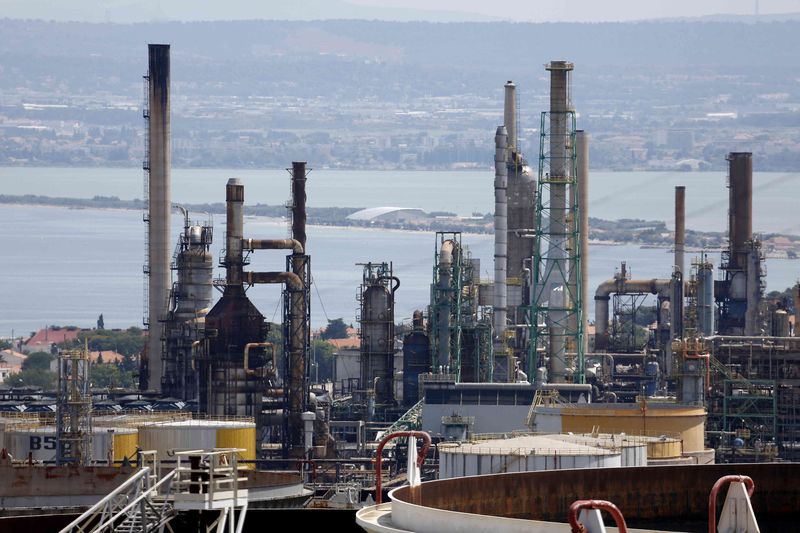 Investing.com — Europe’s oil and gas majors surged on Thursday amid growing talk of a ‘peace deal’ to end the price war in global markets.

Royal Dutch Shell (LON:RDSa), BP (LON:BP), Total , Eni, Repsol (MC:REP) and Equinor (OL:EQNR) all rose to their highest levels in nearly a month after President Donald Trump said he thought Saudi Arabia and Russia could strike some kind of deal within a “few days”. His comments came after telephone calls in recent days to both President Vladimir Putin and Saudi Crown Prince Mohammed bin Salman.

Royal Dutch Shell (AS:RDSa) shares rose 8.2%, while BP  (LON:BP) shares rose 7.4%, ENI (MI:ENI) stock rose 5.7% and Total (PA:TOTF) stock rose 3.6%. They were all helped by a Goldman Sachs research note arguing that the group should still be able to pay their prized dividends this year, in contrast to most of the rest of the stock market. Goldman analysts argued that the group’s breakeven price for covering capex and dividends has fallen to around $44 a barrel, from as high as $60 after the last negative price shock.

Trump has styled the price war a dispute between Russia and Saudi, but that is misleading as the real target of both countries has been the U.S., which has increased production by some 5 million barrels a day in recent years, grabbing global market share from both.

On Wednesday, the two big exporters saw the clearest evidence yet that their strategy is working, as Whiting Petroleum, the biggest shale producer in North Dakota with output of over 120,000 barrels a day, filed for chapter 11 bankruptcy protection. BP also said it would cut its capex at its U.S. shale subsidiary by half this year, leading to a drop of around 14% in that unit’s output.

Trump is set to meet with U.S. oil bosses on Friday. As Pioneer Natural Resources (NYSE:PXD) CEO Scott Sheffield said repeatedly last week, the U.S. industry is split three ways between distressed shale producers who are so indebted that they have to keep pumping no matter what, majors like Exxon (NYSE:XOM) who are happy to see weaker rivals go to the wall so that they can pick up the pieces afterwards, and a group in the middle – including Pioneer – who risk falling into the first category if crude prices don’t stabilize soon.

Trump may find it easy to dress up a cut in U.S. output as a peace offering to Russia and Saudi, given that the U.S. is fast running out of places to store all the oil that can’t be sold at present. Crude oil stocks rose 13.8 million barrels last week, while U.S. gasoline stocks rose by 7.5 million barrels. Texas Railroad Commissioner Ryan Sitton tweeted that producers are already being asked by pipeline companies to shut in production, given the lack of offtake.

On the surface, Saudi and Russia are still toughing things out, but the strain on both is showing. Saudi Arabia confirmed its output would rise above 12 million barrels a day this month, but storage at its key Fujairah facility is also nearly maxed out, according to Argus Media, which may complicate that plan.

Russian news site RBC, meanwhile, reported on Thursday that the price Russian export prices no longer cover the combined cost of production, transportation and taxes, meaning that they are losing money on every barrel exported now.