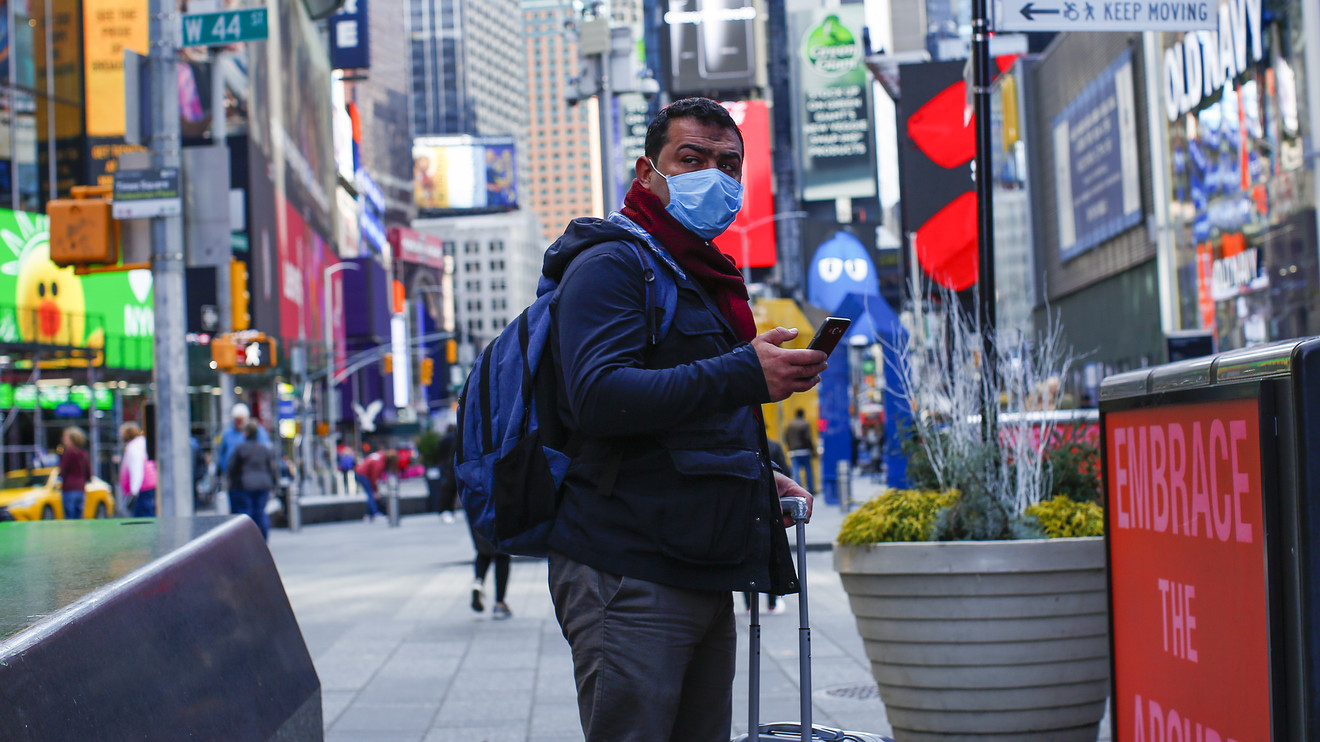 In a drastic pivot from recent weeks, New Yorkers have been advised to wear face coverings when outside and near other people to slow the spread of the coronavirus, Mayor Bill de Blasio announced Thursday evening. However he cautioned against the utilization of professional masks, which should be prioritized for health-care workers.

The announcement was delivered amid reports that the Trump administration is expected to deliver new nationwide guidance recommending that Americans begin to wear face coverings in public.

“Let’s be clear. This is a face covering. It could be a scarf, something you create at home, it could be a bandana. It does not need to be a professional surgical mask,” de Blasio said from City Hall in his daily news conference. “We don’t want you to use the kinds of masks that our first responders need, that our health-care workers need.”

“Leave those alone, leave those to the people who need them the most, who are saving lives,” he said.

In New York City there have been 49,707 confirmed coronavirus cases as of Thursday evening and 1,562 people have died.

The reasoning behind the new guidance is increasing evidence that some asymptomatic and presymptomatic people are able to transmit the highly contagious virus, the mayor said.

The decision comes amid a wider national conversation regarding mask-wearing, including an opinion piece in the Washington Post in which Jeremy Howard, a research scientist at the University of San Francisco and a member of the World Economic Forum’s Global AI Council, wrote that “the senseless and unscientific push for the general public to avoid wearing masks” should rank among the worst missteps made by policy makers.

The new guidance is in stark contrast to the widespread recommendation that the public not wear masks to prevent the spread of the virus, which has been delivered to the U.S. for the last few weeks.

“Seriously people—STOP BUYING MASKS!” tweeted U.S Surgeon General Jerome Adams on Feb. 29. “They are NOT effective in preventing general public from catching #Coronavirus, but if healthcare providers can’t get them to care for sick patients, it puts them and our communities at risk!”

“Everyone has been trying to learn as rapidly as possible about the coronavirus. There’s still a lot we don’t know but we are learning everyday and every week more, and we’re trying to act rapidly on what we learn,” de Blasio said. “Sometimes you reach that point where there’s just enough confirmation and enough new information to say, ‘OK, it’s time to do something different.’”

“Face covering is just a simple way to protect other people and reduce that community spread,” de Blasio said.