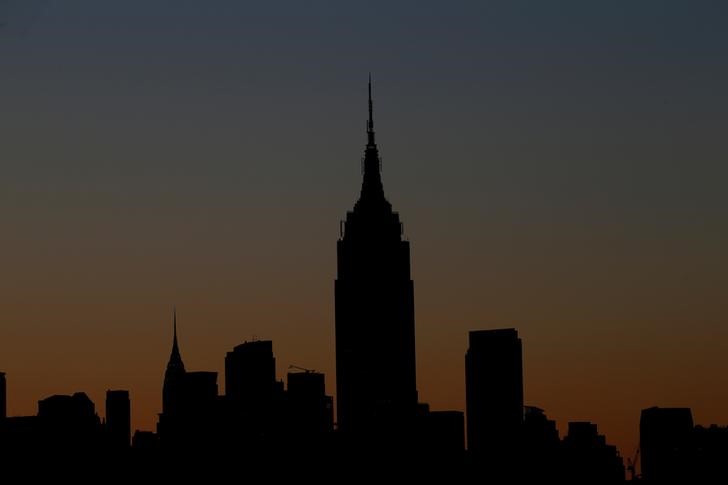 New York is the epicenter of the coronavirus pandemic. It’s also among the states least prepared to deal with the record surge of unemployment claims by workers in restaurants, retail shops and hotels closed to slow the outbreak.

New York’s unemployment insurance trust had about $2.7 billion at the end of 2019, less than half the minimum needed to remain solvent during a recession, according to the U.S. Department of Labor. With claims skyrocketing, the state has enough money to cover the checks for about 10 weeks, according to an estimate by the Tax Foundation, a Washington-based think tank.

Almost 10 million American applied for unemployment benefits in the last two weeks, highlighting the devastating economic impact of the coronavirus as shutdowns widened across the country. About 450,000 of them were New Yorkers, according to the state’s Department of Labor. Only California, Pennsylvania and Ohio saw more claims.

A spokesperson for the New York Department of Labor didn’t immediately respond to a request for comment.

During the Great Recession, the majority of states exhausted their unemployment insurance reserves and either borrowed from the U.S. Treasury or issued bonds to rebuild their trusts, according to Kroll Bond Rating Agency. States that have rebuilt reserves such as Georgia and North Carolina will have less pressure to raise unemployment taxes, Kroll wrote in a report Wednesday.

New York’s trust fund had a solvency level of 0.36 as of Dec. 31, where a level of 1.0 means the state could pay out claims for a year at the average level of the worst three years of the past twenty, according to the U.S. Labor Department. California, Texas, New York, Illinois, Ohio and Pennsylvania are among the 22 states and jurisdictions that do not meet the recommended standard of solvency. Only California’s unemployment trust fund is in worse shape than New York’s, according to the department.

Nationally, there are now nearly twice as many people claiming or already receiving unemployment benefits as there were over the comparison period, meaning that with current claims, states would run out twice as fast, the Tax Foundation’s Walczak wrote.

The economic stimulus signed by President Donald Trump provides additional federally-funded benefits to unemployed workers, and expands eligibility to previously uncovered workers, but states are still on the hook for regular benefits.

“The state will have to borrow from the federal government, and will ultimately have to pay back those loans with interest, while New York employers will eventually face higher federal unemployment insurance taxes to compensate the federal government for extending loans to the state,” Walczak wrote.