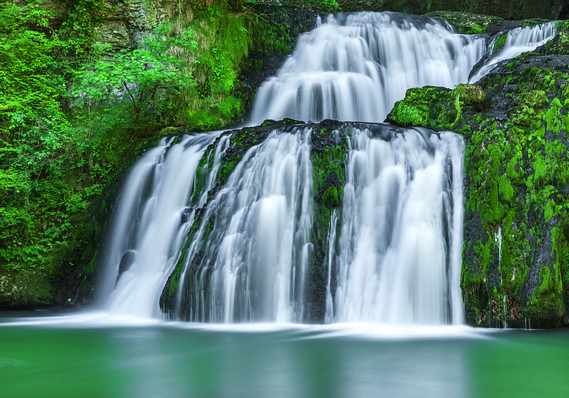 Fund flows in March were bifurcated

There was plenty of what Todd Rosenbluth, head of ETF and mutual fund research at CFRA, calls “hide-under-the-mattress” action: investors piling into exchange-traded funds that track ultra-safe havens and selling those seen as less secure. But CFRA’s fund flow data also show another trend throughout the month: investors keeping calm and rebalancing their portfolios.

Among the funds that picked up the most money were ultra-short government bond funds like the SPDR Bloomberg Barclays 1-3 Month T-Bill ETF US:BIL  , CFRA data show. Other assets perceived as safe havens also attracted investor dollars: the SPDR Gold Shares fund GLD, +0.95%   was 11th on CFRA’s list of top inflows. The top ten are shown in the table above.

The third-biggest inflows went to the iShares iBoxx $ Investment Grade Corporation ETF US:LQD  , which, as the biggest and most liquid corporate bond fund, benefited the most from the Federal Reserve’s decision to use the ETF market as a means of supporting the corporate bond market.

But what’s just as evident, Rosenbluth told MarketWatch, is the investor rush to what he calls “broader, diversified, low-cost asset allocation products.” Those include the Vanguard S&P 500 US:VOO  and the Vanguard Total Stock Market fund US:VTI  .

Related: ETFs behaving badly: ‘exactly what they are supposed to do’ or ‘just what we feared’?

“Those are signs to me that despite the volatility, many investors have a plan and are using ETFs to execute that plan, either adding to equity exposure when things sell off or just buying on a regular basis.”

That strategy, often called dollar-cost averaging, is an idea similar to what can make employer-sponsored retirement plans so successful: investors pre-commit to automatically buy shares of some security no matter what the market is doing.

To be sure, there were some surprises among the funds with the biggest inflows. Among them: some high-yield, or junk, bond funds, like the iShares iBoxx $ High Yield Corporate Bond ETF US:HYG  . But as Rosenbluth notes, investors use ETFs for a variety of purposes. Money flowing into any particular fund may not be intended to buy it and hold it, but to use it as a short-selling mechanism.

That’s one possible reason the SPDR S&P 500 ETF Trust US:SPY  , popularly known by its ticker, SPY, gathered so much money during the month. As MarketWatch has previously reported, SPY is favored by institutional investors making big bets, while individual investors making buy-and-hold decisions are more likely to pick a lower-cost, less-liquid fund with the same approach, like the Vanguard S&P 500 ETF noted above.

The mercurial month of March was notable for the ETF industry for another reason. On Tuesday, American Century Investments announced the launch of several long-awaited products: ETFs that are actively-managed, but which disclose their holdings only once per quarter.

“It is a somewhat strange time to be coming to market with a new kind of equity product,” Rosenbluth said. Still, many analysts believe that it’s in difficult financial market conditions, unlike a bull market that lifts all ships, in which active managers will prove themselves.

“I do think ETFs will continue to gain market share from both mutual funds and single-security trades,” Rosenbluth said. “The volatility that we’ve seen in the first quarter is a reminder there will be winners and losers and diversification can offset the risks.”

See: Investors are paying more to short sell ETFs. Here’s what that tells us about the market.