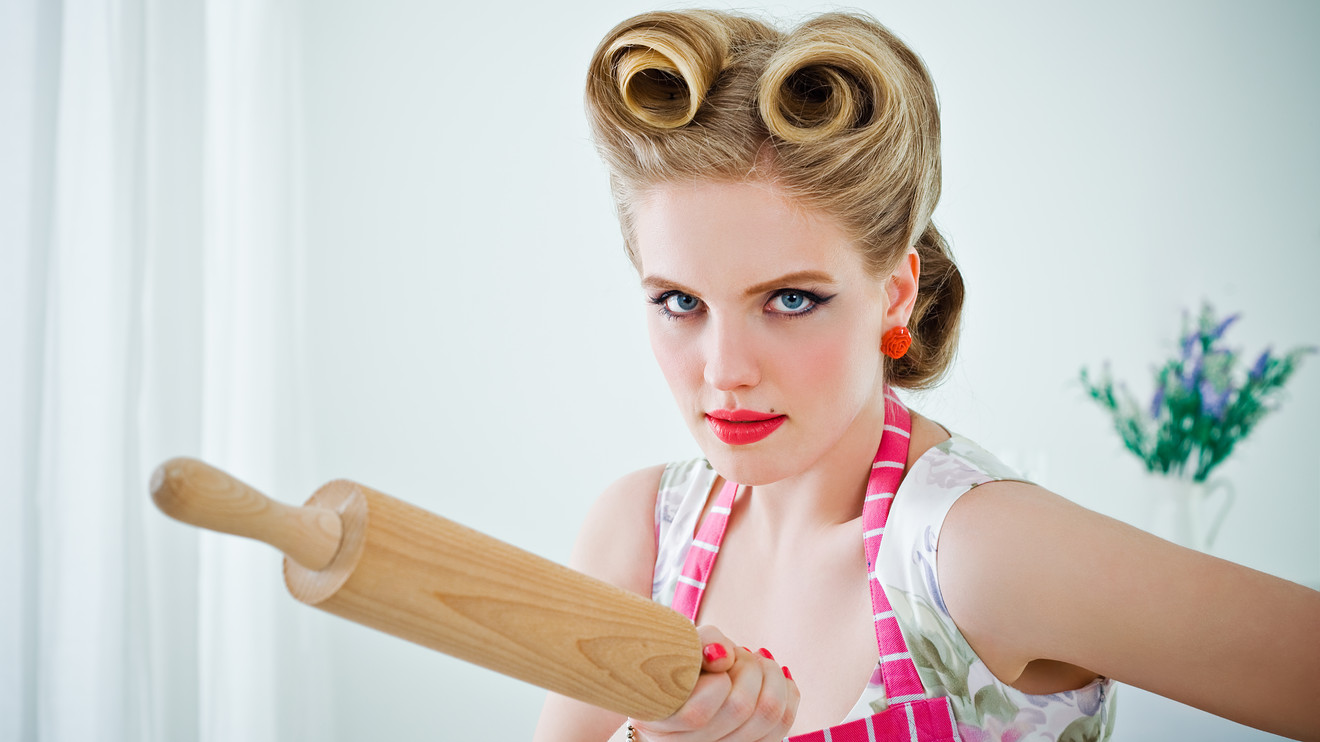 This didn’t go over well.

Malaysia has the largest number of COVID-19 cases in Southeast Asia, with more than 2,900 and counting, NPR reported. So its government released a series of public service announcements directed toward the nation’s women this week on how to support the country’s partial lockdown.

But rather than advising the female heads of household on handwashing, or whether to wear face masks, or perhaps where to report mental health issues or instances of domestic violence, the Ministry for Women, Family and Community Development posted a few posters to Facebook FB, +0.06%   and Instagram that said women can do their part during this international crisis by … not nagging their husbands.

And ladies, the PSAs note that you also shouldn’t be “sarcastic” when asking for a man’s help with housework. And forget about working from home in your pajamas! The guidelines also said that women should keep dressing up and wearing makeup while they’re socially isolating at home.

You can imagine the response.

“(It) is extremely condescending both to women and men,” Nisha Sabanayagam, a manager at the advocacy group All Women’s Action Society, told Reuters. “These posters promote the concept of gender inequality and perpetuate the concept of patriarchy.”

The posters — which the ministry has since taken down — also fanned plenty of outrage among women and men alike on social media.

Avoid wearing home clothes. Dress up as usual, put on make-up and dress neatly. OMG! This is what Rina, our Minister of Women, Family & Community Development thinks is important during the #COVID19 lockdown? No tips on how to deal with #DomesticViolence? Just state DV is a crime. pic.twitter.com/FfswtPBIPH

1. Nagging, or berleter, is a gender-biased word. It perpetuates sexist stereotypes.

2. Carework is the responsibility of men AND women.

Please do better in your PSA posters. Personally, I found all of these to be problematic. pic.twitter.com/FFFGmdMqE9

How did we go from preventing baby dumping, fighting domestic violence to some sad variant of the Obedient Wives Club? https://t.co/1SrVYp0e5d

The furious backlash led the ministry to scrap the controversial campaign late Tuesday night, and to post a mea culpa on social media. The statement translated in English explained that while the PSAs were intended to “share the techniques and practices of painting a positive relationship” within families, it acknowledged that not everyone read the tips that way.

“We apologize if some of the tips shared [are] inappropriate and touch the sensitivity of certain groups,” the statement continued. The ministry also promised to “be more cautious in the future.”

Gender inequality is not just an issue in Malaysia, of course. Even as more women become breadwinners here in the U.S., they still shoulder the lion’s share of the housework over their male domestic partners. Many get stuck with similar household chores at the office, too.

Related: Already paid less than men, women are still asked to do the ‘office housework’

Related: Moms are major contributors to their families’ bottom lines, but our public policy hasn’t caught up

Related: Husbands stress out once their wives contribute this exact percentage of the family income, research shows